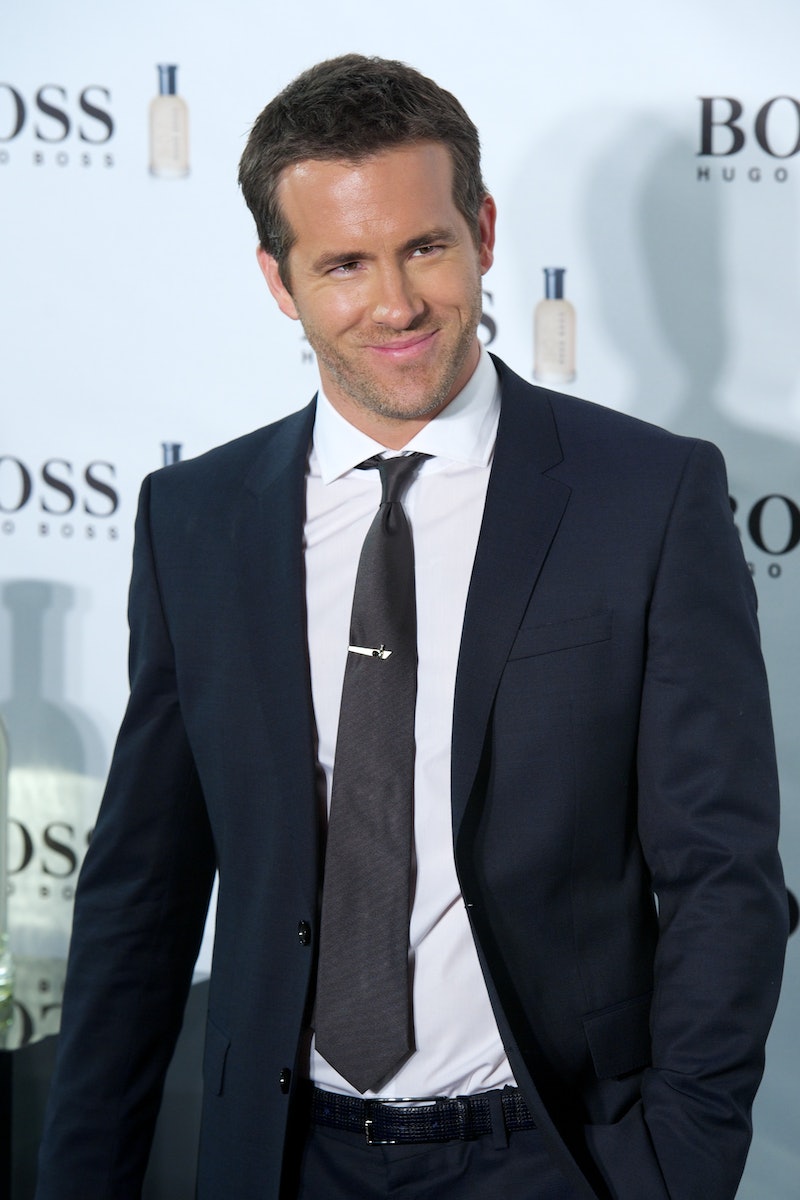 When celebrities have babies they tend to give them weird names — names that can only exist in celebritydom. Mila Kunis and Ashton Kutcher have Wyatt Isabelle. Ryan Gosling and Eva Mendes have Esmeralda Amada. They’re perfectly fine names, but they’re not normal by any means. If they were regular schmos, those names would not fly on the blacktop during recess, but hey what can you do? The celebrity’s name and blockbuster resume pretty much protects that kid from bullies for life. Plus they’re sensitive artistes and will express themselves by naming their kid Flower or Ransom or something equally poetic. So, when I first heard that Ryan Reynolds wanted to name his and Blake Lively’s baby Excalibur Anaconda Reynolds, I wasn’t surprised. But, thankfully, he was joking.

During an event for Canada’s Walk of Fame in Toronto — yes, he was getting his own star­ — the actor jokingly admitted, "On the plane over here I was trying to think of baby names. I don’t want a name that’s anything pretentious or, like, Hollywood-y. So I’m going with Excalibur Anaconda Reynolds. That’s if it’s a girl."

Yuk it up, Reynolds. I’m sure King Arthur and Nicki Minaj would be thrilled. It would certainly strikes fear into the hearts of men. Reynolds also added that if it was a boy he would name his son Bruce Jenner, which is a nice way to honor Olympic Gold Medal winner and the Keeping Up with the Kardashians star, I suppose.

I support the Green Lantern’s efforts to avoid what he calls a "Hollywood-y" name though — even if the name Wyatt Isabelle is growing on me. But in case he gets carried away, as any new parent slash celebrity might during the gestation period, I have a few tips on how to avoid giving your baby a celeb baby name you might regret later in life.

Is your baby's name also a food?

Apple? Orange? Flan? Then do not pass "Go!" and don't you dare collect $200 because you just gave your baby a celebrity baby name.

Is the name you're contemplating also a profession?

Pilot Inspektor? Data Analyst? It seems like fun because only you and your spouse see the beauty of that name, and not how you pigeonholed him or her into a profession.

However, I will allow Doctor because you're probably naming your baby after a thousand-year-old Time Lord and not a physician.

Is that an old man/lady's name?

Violet? Blanche? Ira? Carl? You're clearly trying too hard to avoid a Hollywood name that you plum made one anyway. It's the age old Greek tragedy at work.

Is it something too clever?

Two celebrities giving birth to a Rumor/Rumer? Hardy-har-har. That kid has to live with that joke (joke? Is it even a joke?) for the rest of his or her life.

Is it too powerful?

Caesar? Napoleon? Madonna? Amadeus? What are you expecting your kid to do, you guys? It's bad enough that you're an international star, now they have your own shadow to contend with AND that of a historical figure.

Now, Reynolds, you might be wondering what this leaves you with, but you'd be surprised by the normal, non-Hollywood names left after all of these stipulations. Just basically avoid anything ridiculous, OK? Granted, you and Lively spent time with ridiculous names like Van Wilder and Serena van der Woodsen, so it might be hard to judge, but I believe that you won't do anything too silly. Just please say you were joking about Excalibur.

You might just stick with the whole boy's name thing you too have going on, though. Blake? Ryan? My guess is Todd. Yes, even if it is a girl.