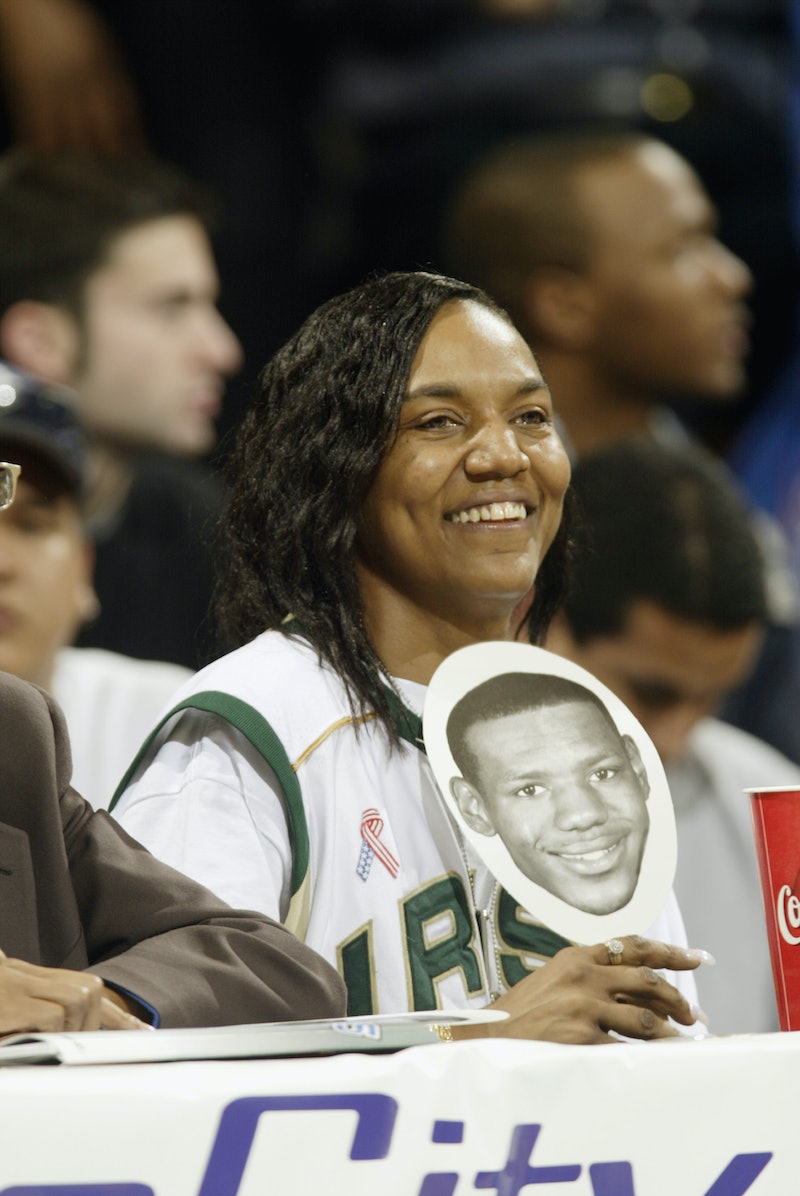 Hmm. I smell a big old stink egg of sexism and ageism emanating directly from this post over on Sports Illustrated's Extra Mustard blog. Why? Because the writer, Samer Kalaf, apparently found the fact that LeBron James' mother, Gloria James, is reportedly dating a younger man to be significantly shocking enough to warrant a full blog post.

In most cases it would be at best peculiar and at worst creepy to write about the love life of an athlete’s parent. The mother of the best basketball player on the planet seemingly dating an obscure rapper who’s only three years older than her son, however, is not a commonly-occurring case. And so, here we find ourselves.

Gloria James is 44 and the man she's reportedly dating, Miami area rapper Lambo, is 31. GASP. A woman over 40 who wants to have a healthy romantic life, possibly with someone who happened to be born a few years after she was? Stop the presses and start the slut-shaming because we simply cannot have the mother of the best basketball player on the planet enjoying herself or her life in any way.

Would Salaf have found it appropriate to comment on the fact that James was dating someone more than a decade her junior if she were a man? If, say, it were Lebron James' hypothetical 44-year-old father who happened to be dating a 31-year-old woman? I think not. In fact, I know not. Newsflash, Kalaf: Your blog post is actually peculiar and creepy because it's predicated on the assumption that it's somehow gross, wrong or bad for an older woman to date a younger man, just like the hand-wringing rumors from a few years ago that Gloria James had a sexual encounter with Lebron James' former teammate Delonte West.

I mean, come on. Don't sports writers have stuff like drafts and games and scores and coaches to write about? Why devote space (or hell, even brain power) to a scandal-mongering, sexist, ageist, post about an athlete's mother? GAH. It's so frustrating that we continue to live in a world where women's sexuality, even that of non-famous women who happen to have famous sons, continues to be policed in this ridiculously close-minded fashion.