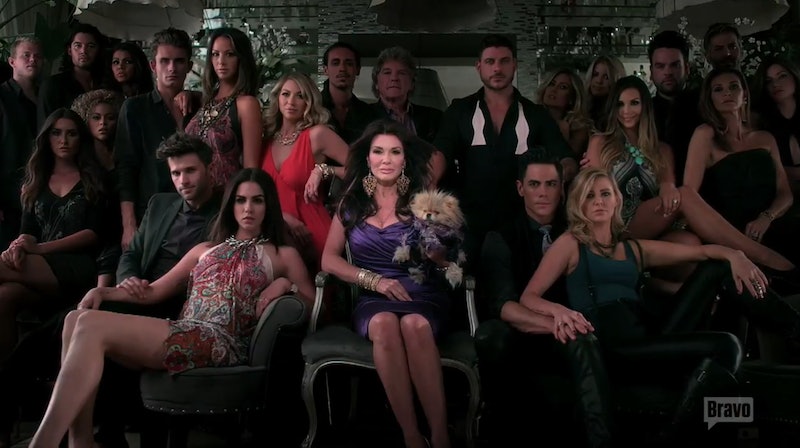 As if the universe wanted to ensure I wrapped up my weekend on an extremely great note, The Hollywood Reporter shared a behind-the-scenes look at the making of the Vanderpump Rules Season 3 title sequence Sunday evening. It’s four minutes and 29 seconds of my favorite reality TV cast Vanderprimping, Vanderprepping, and Vanderposing for the camera. I was already Vanderpumped for Vanderpump Rules' Season 3 premiere (we're only two weeks away, snitches), and now, thanks to the behind-the-scenes video, I am gnashing my teeth and clawing at the sky. You could say the video SURved its purpose.

While I watched this shimmering emerald of a vid, I made a list of my favorite moments. (You know, for my files.) But I did not stop there, for merely identifying the best moments did not seem like enough. Too simple. Too easy. I wanted to challenge myself, so I ranked the moments. Yes, I tackled the arduous task of ranking all of the beautiful, near-perfect, major moments. And now I will count down the moments.

THE BEST MOMENTS OF THE BEHIND-THE-SCENES VIDEO

#8: Jax Taylor hits the camera with a no-nonsense stare while pouring that ice water into a glass

#7: Tom Sandoval, Ariana Madix, and Kristen Doute film their part together, and Ariana is the only one smiling

The tension is magical. RFD: I gotta admit, I found myself wishing that the entire trio would smile for a take. Up the awkward ante.

#6: Stassi Schroeder tries to not blink

#5: Tom Sandoval describes all of his shirt options

Tom Sandoval's well-curated blouse collection something to behold.RFD: “This is a shirt that has studs as buttons."

#4: Peter Madrigal talks into the camera about makeup

#3: Lisa Vanderpump walks toward the camera and throws a scarf

#2: When everyone poses for the group shot, Jax and Stassi are separated only by Ken Todd

“And then I also have these black, er I’m sorry, these silver dress shoes that I spray-painted myself.” RFD: He has so many pants. He spray-painted his shoes silver. He doesn't ask for another take when he flubs and says the very silver shoes are black. He lets the flub roll off of his back. I respect that. 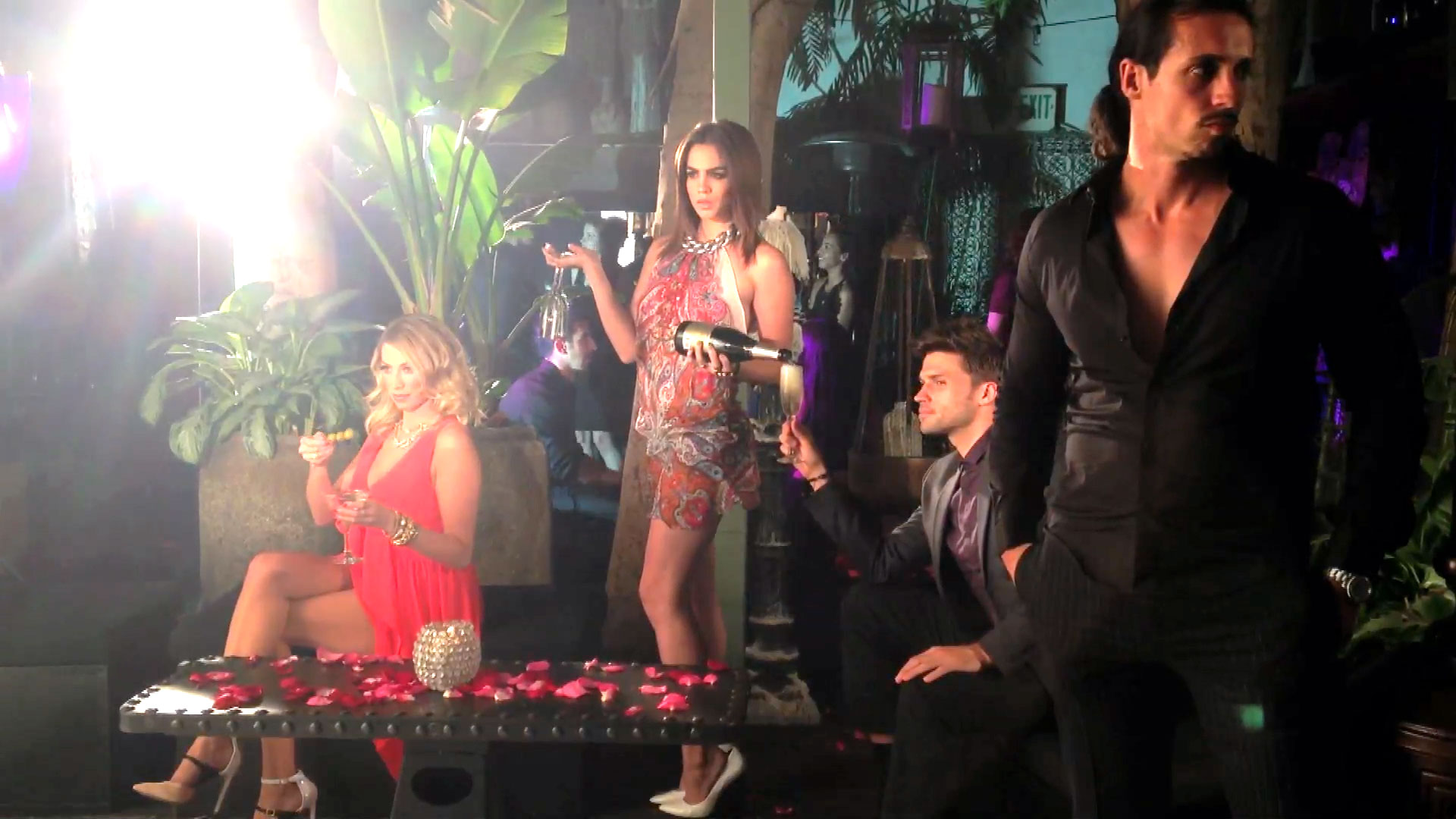