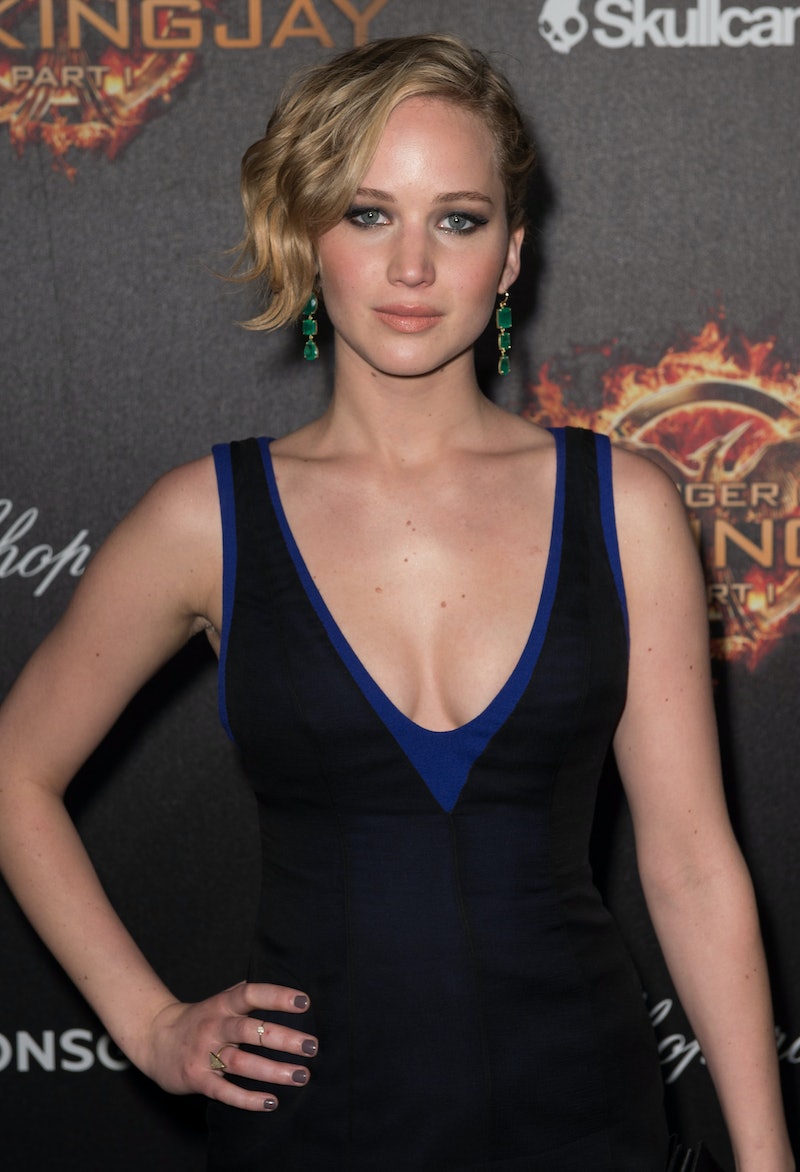 Jennifer Lawrence has been making waves in the media lately and it sadly has nothing to do with her on-screen performances. After the major 4chan photo leak two months ago where tons of celebrity's private nude photos were released online, the Hunger Games actress has refused to apologize for her own photos because, as she sees it, the hack is a "sex crime." Her lawyers also believe in the criminal nature of the photo hack, and they chose to go after Google. As was reported on Monday, Lawrence's team scored a small win when Google removed two Jennifer Lawrence nude photo links from their search engine that linked back to sites that contained stolen photos of the actress.

The 24-year-old's requests were filed under the Digital Millennium Copyright Act (DMCA), which is usually used in the case of pirated television and music content. Her lawyers, Mitchell Silberberg & Knupp, stated that "the stolen photos impinged on Lawrence’s copyright" and which is covered under the DMCA. These requests come on the heels of the larger $100 million suit against Google by lawyer Marty Singer, who called Google out for "perpetuating the unlawful conduct" of the hackers and turning a blind-eye to their site's involvement in the scandal.

It seems that this small win was futile, as the offending website apparently switched its domain, causing the same content to appear under a different web address. Because of this, another takedown request was filed and the content was removed again. Google made this statement in early October, and it seems they are attempting to stand by it:

We’ve removed tens of thousands of pictures — within hours of the requests being made — and we have closed hundreds of accounts. The Internet is used for many good things. Stealing people’s private photos is not one of them.

While I commend Lawrence's lawyers for using the DMCA in order the reduce the availability of the actress's stolen photos, it seems the website housing the photos is one step ahead of them. Though the site claims they would take down the photos if asked, their decision to change domains suggests that they will continue to display the content despite the lawyers' best attempts to stop them.

Going after Google when they are not at fault for publishing the stolen photos is seeking a small solution to a much larger problem. The greater issue lies with the sites that are publishing the stolen pictures, not the server where the websites can be found with a quick search. The disgusting and misguided individuals who continue to re-publish private nude photos against celebrities wishes are the culprits. Google can only do so much to halt the flow of websites reproducing the same content, but they are not the enemy. Lawrence scored a small win, but in the greater scheme of nude photo hacks, her lawyers have a long way to go.