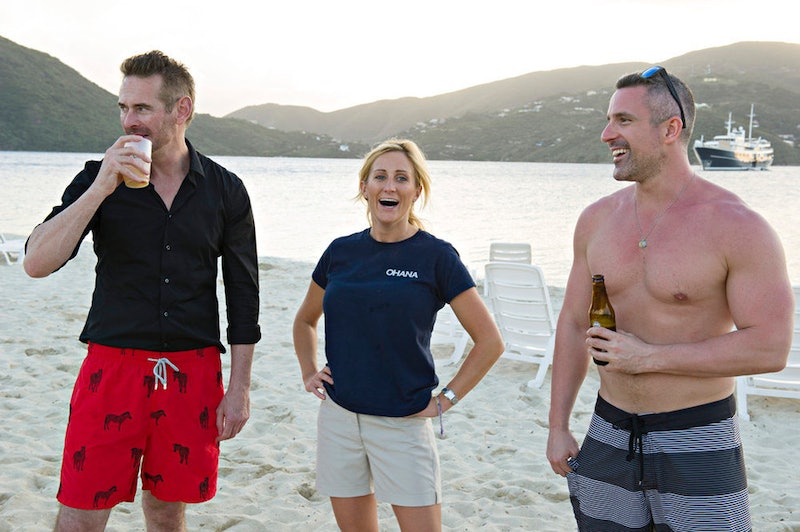 The time has come for Season 2 of Below Deck to end. But not without setting sail for one final charter to rule them all. And boy, is this one a doozy. For one, the legendary Below Deck passenger Dean Slover is back.

You've heard of the term "save the best for last" before, I'm assuming? The final episode of Season 2 of Below Deck will be just that as the man, the myth, the legend Dean Slover climbs aboard the Ohana for a second voyage. That name should immediately send a chill down your spine and elicit images of penis blankets, er I mean, rocket ship blankets. Yes folks, the man who seemed to find fault in everything during his time on the Ohana is coming back for a second helping.

If none of this is making any sense, I feel very, very sorry for you. I simply don't know how you can go through life not occasionally thinking, "Man, that episode of Below Deck with Dean Slover as the charter guest was just bananas." You'd get that pun if you saw the episodes.

But before you go out and find a support group to help you out with your issues, I've got just the cure. Though I highly recommend that you re-watch Episodes 4 and 5 from this season, which feature Dean's infamous charter, I've got your refresher right here on what you need to know about Dean, Kate, and that "rocket ship" blanket.

When Kate first met Dean through his preference sheet, she thought he would be her "charter guest soulmate" because he seemed like an organized man who knows what he wants. Dean was extremely regimented, with specific times and durations for meals, which also translated into overbearing sometimes. He made his preferences apply to all of his guests, after all.

Oh, Ben, always thinking you know best, even if time after time, it gets you into trouble. Being the free spirit yet perfectionist that he is, Ben decided to pretty much disregard Dean's request for the start time and length of meals, which of course got him into trouble and was one of Dean's main complaints about the charter. However, as we all know, Ben did not learn from his mistake in later charters this season. 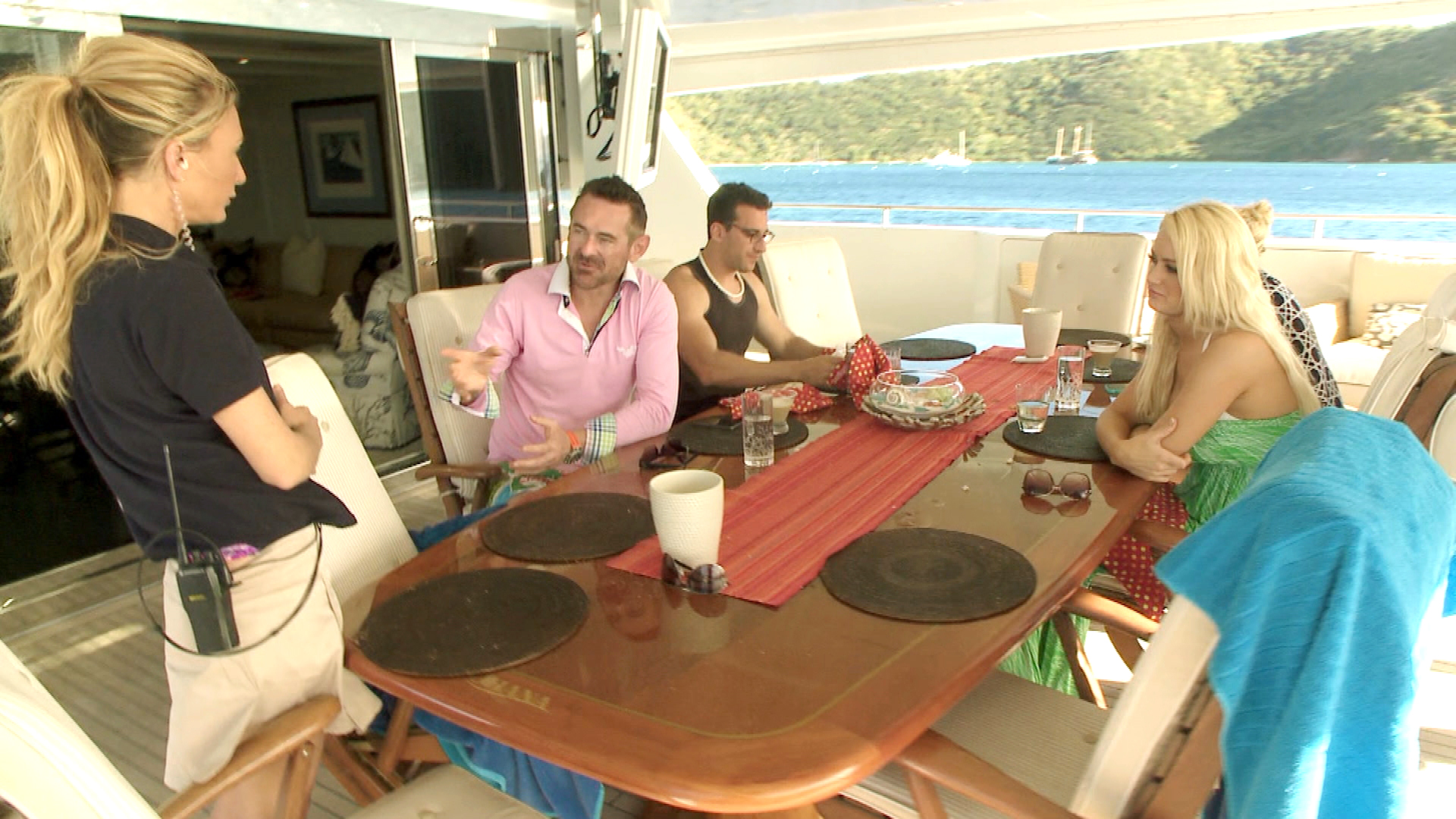 Dean felt like the atmosphere of the Ohana could be a little more cheerful, especially when it came to Kate, who we've seen naturally put on a "bitchy resting face" because that is just her face. However, Dean seemed to be unacquainted with the idea of a "bitchy resting face" and decided to tell Kate that she should smile because she seems kind of "bitchy" with her focused, stern visage. Yeah, dude. That's exactly what a "bitchy resting face" is. Kate felt humiliated in front of all of the charter guests, but she didn't let on how she felt. Yet.

The blanket fold heard 'round the world 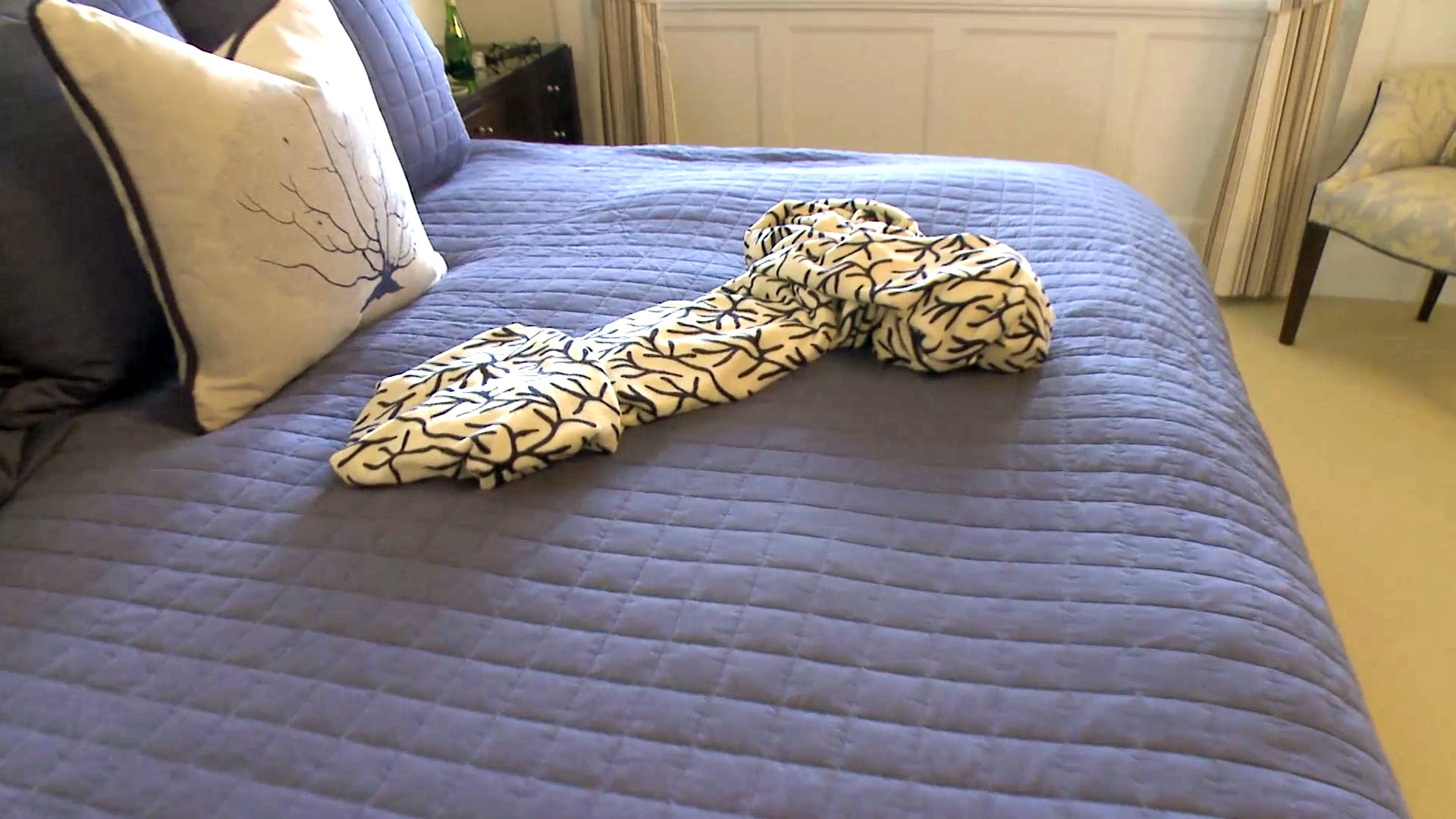 Nobody tells Kate to smile and gets away with it. Instead of tearing Dean a new Slover or bursting into tears, Kate let out her frustration in a very zen way: by folding a blanket on Dean's bed. But she didn't fold it into the usual nautical-themed anchor. Oh no. Instead, she transformed it into what clearly looked like a penis and left it on Dean's bed for him and everyone else to see. Kat took a photo to show Captain Lee, and as you can probably guess, he was less than amused.

Kate was pretty proud of her work, owning up to it among her fellow crew members. Well, she took responsibility for folding the blanket into a rocket ship anyway. Nice save, girl. However, once Captain Lee heard about what happened, he had to find out whodunnit. He interrogated the crew one by one, to which they all named Kate as the culprit. When it came time for Kate's confession, she lied and said someone else did it. However, Captain Lee being Captain Lee, he eventually found out it was in fact Kate who folded the blanket, and he told her she needed to apologize to Dean. Whether it was right or wrong, I think we can all agree that was some seriously impressive blanket folding, no?

Dean reacted to his "gift"

Kate didn't feel like she was in the wrong at all with her little art project, and was pretty peeved at her crew for not supporting her through Dean's harsh words. She was not having any apology. But her fellow crew members threw some sass her way in return, saying she was jeopardizing their tip by committing such a selfish act. Kate eventually apologized to Dean, saying it was a little joke gone awry. I don't know on what planet any charter guest of a luxury yacht would find that funny, but apparently that planet is Planet Dean, because he thought it was hi-larious. He loved the dong art so much that he gave the crew an extra big tip, in the form of cash you perverts, and Kate came out of the situation having made her bed and happily lying in it.

Apparently, Dean loved the penis blanket gesture so much, he's decided to take the Ohana out for another spin. It also seems like Dean will really draw inspiration from Kate's art, bringing along only male companions for quite the sausage fest on board. I don't know how Below Deck will top these two gems of episodes, but with Dean on board again, I'm sure the show will work its magic.