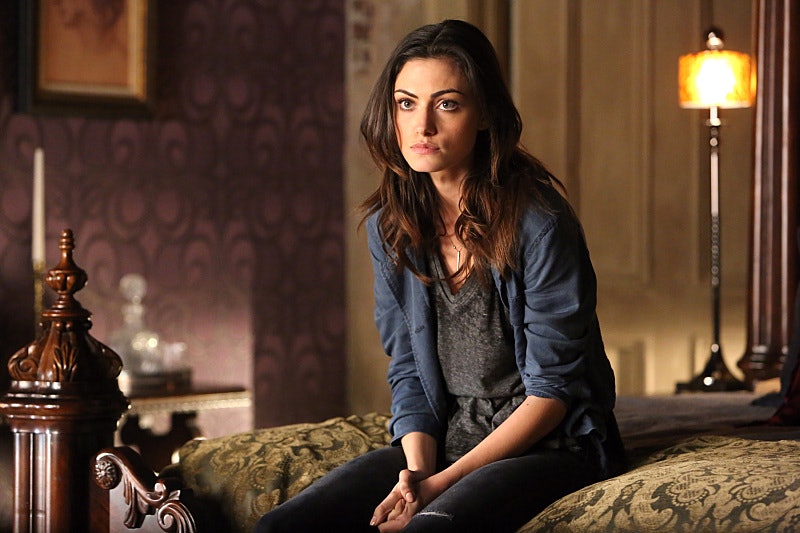 God, it's been a painfully loveless three weeks of The Originals. I can't be the only one that's missing Hayley and Elijah prolonged glances at one another, right? During the first two episodes of The Originals Season 2, Elijah basically gave up on Haylijah and passed her off to Klaus, thinking that his sacrifice would keep his brother with him. And, he might've been right, but that doesn't mean that Hayley's cool with it. During Monday night's "Every Mother's Son," Hayley called Elijah out for giving her the cold shoulder — so maybe Haylijah isn't dead after all.

Here's the thing, I'm so not okay with nor do I support Elijah's decision to kill his relationship with Hayley for Klaus' benefit. Because, like I've said a million times before, I don't think Klaus gives a flying fart in space about Hayley in a romantic or territorial way. They have a baby together, but they've never been romantic — don't even bother trying to tell me that their one-night-stand was romantic because I'll never believe you. So, it was kind of awesome that Hayley kept throwing shade at Elijah during Monday night's episode about how he's been ignoring her.

We learned during last Monday's episode that this is a pattern Elijah follows when it comes to his brother. In the past, Elijah turned the cold shoulder on Marcel to keep Klaus from diverting from the family's best interest. And he's done it again with Hayley, but this time he's not dealing with a child and he's certainly not dealing with someone that Klaus has deemed his. Hayley's an adult, she's emotional because of her hybrid transformation and because she's lost her baby, and she's not going to take that crap lying down. And, honestly, she shouldn't have to.

With Marcel, it was easy for Elijah to hand him over to Klaus, but with Hayley, it won't be quite the same. At least, that's what she proved on Monday night — so what does that mean for Haylijah? Well, if Hayley keeps pushing the issue with these snide remarks, she'll eventual get Elijah alone and give him the talking to he needs to realize that she still needs him in her life and vice versa. So maybe fans shouldn't classify this 'ship as sunk just yet.

Hayley and Elijah are The Originals main and only love story and considering how misplaced Elijah's sacrifice is and how persistent Hayley can be, it's safe to say that Haylijah may actually get the second wind it deserves in Season 2. Well, if Hayley can finally get through Elijah's thick, martyr's skull.