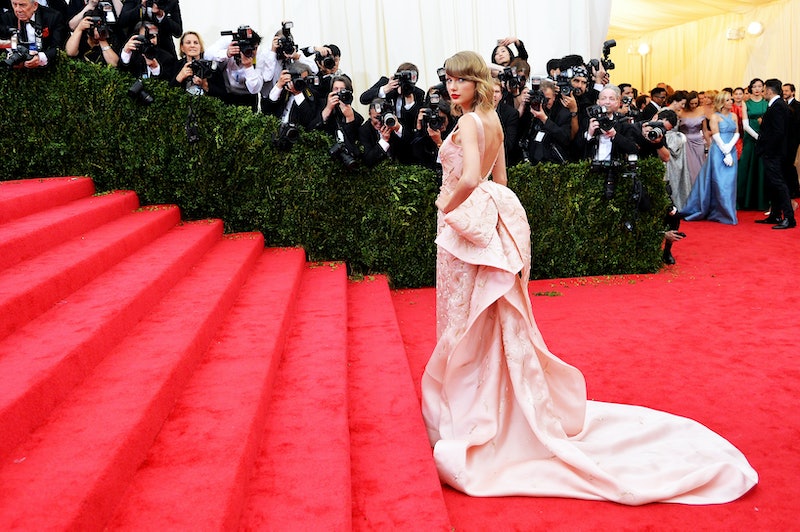 Sad, sad news hit the fashion world tonight: Oscar de la Renta has passed away at the age of 82. The iconic designer created some of the most memorable fashion moments in history, elevating the standard of award-show ensembles. His feminine silhouettes, dramatic glamour, and incredibly detailed designs earned him a very high-up spot in the fashion industry, and he'll be immortalized through the stunning red-carpet magic he made possible.

Celebrities including Amy Adams, Zooey Deschanel, and Sarah Jessica Parker turned to de la Renta consistently to make statements at major events like the Oscars and the Met Gala, and he nearly always delivered. His runway collections were revered as well as his red carpet hits, and he wasn't just well-known in fashion circles — he was often referenced in pop culture as well. One of his collections was referenced in The Devil Wears Prada, and he was also a favorite of SJP's alter ego Carrie Bradshaw. His name and his creations became mainstays on Sex and the City, as any fan of the show knows.

De la Renta transcended the fashion industry, and for good reason. Here are our favorite looks the from the designer. You'll be missed, Oscar.

Amy Adams at the 2013 Academy Awards

Zooey Deschanel at the 2013 Golden Globes

Michelle Dockery at the 2014 Golden Globes

Anne Hathaway at the 2011 Academy Awards

Amy Adams at the 2009 Golden Globes