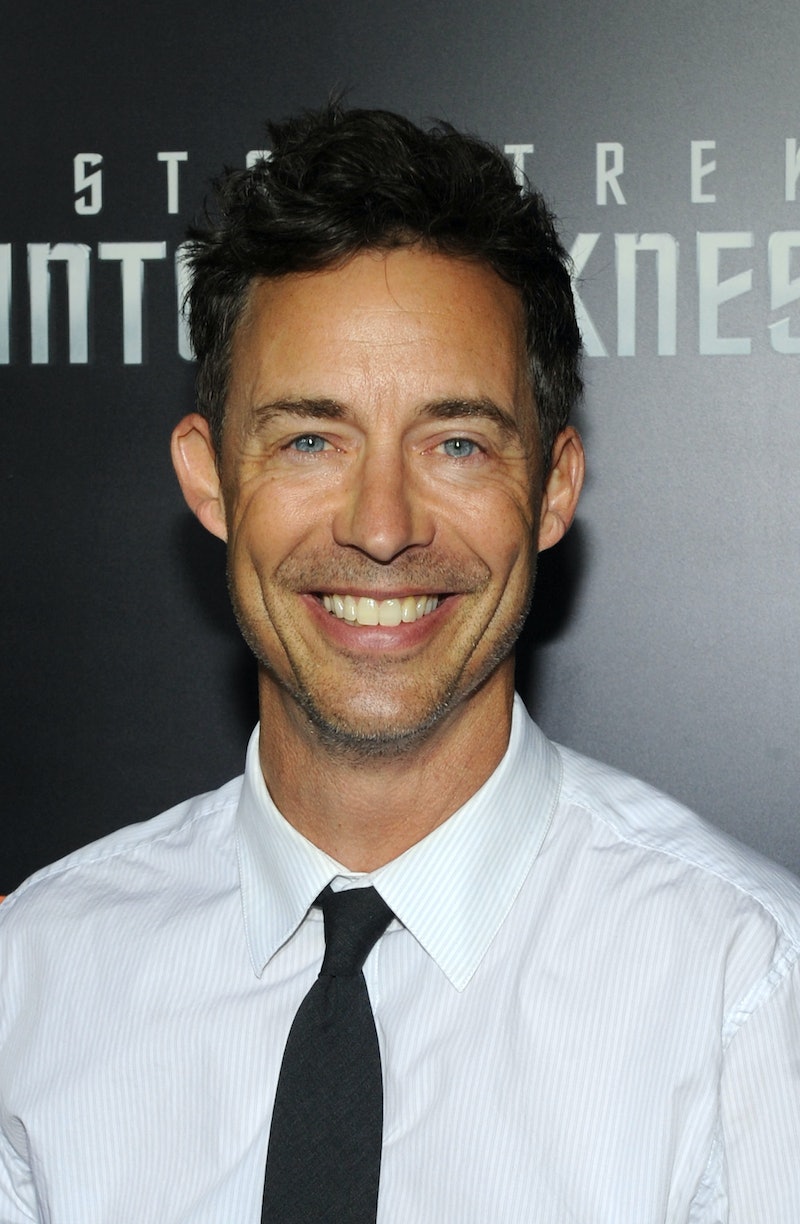 We may only be a few episodes in, but I think I speak for everyone when I say that The CW's latest superhero series The Flash has quickly become a welcome part of our Tuesday TV lineup. Suffice it to say, this series won’t just be another flash in the pan (so to speak), which is thanks in large part to its action-packed storylines and compelling cast of characters — one of which includes a certain director of S.T.A.R. Labs. While his character and his intentions remain a bit of a mystery, the actor who plays Harrison Wells on The Flash is Tom Cavanagh, who already has a well-known identity in the TV world.

Though he’s cropped up in a few movies here and there throughout his career, Cavanagh is best recognized for his small screen work. But don’t let that handsome face and friendly smile fool you. He may have played “nice guy” roles in the past, however, his portrayal of Dr. Wells holds a certain layer of mystery and intrigue to it that could very well make this his most captivating performance to date.

So where exactly have you seen this guy before? Allow me to Ed-ucate all of you on Cavanagh’s rather impressive resume, along with some other fun facts you may not have been aware of.

He Starred As Ed Stevens in the NBC Sitcom Ed

Even if you weren’t a dedicated fan of the series, odds are you at least caught one or two episodes of this beloved sitcom, which ran from 2000-2004. I mean, a show that centered around the likes of Cavanagh, Julie Bowen, and Justin Long should be enough in itself to convince anyone to buy a one-way train ticket to Stuckeyville.

And when I say Bacon, I mean Kevin Bacon, of course (though I’m sure he’s also a fan of the food as well — he is human, after all). Cavanagh starred alongside the Footloose star in the FOX thriller The Following’s second season as Kingston Tanner — a pastor who found himself in hot water with Joe Carroll, which believe you me, is most certainly a situation you don’t want to be in. It was a darker role for Cavanagh to take on, but one that he portrayed with flying colors until the bitter end.

He Is Half a Century Old

I’m not an age expert or anything, but I was shocked to discover that this guy is about to turn 51 years old later this month. I mean… he looks pretty good for his age, doesn’t he? Should I not be attracted to him? Because I’m definitely attracted to him.

He Is the King of Guest Starring

Ed and The Following aside, this versatile star has appeared on numerous TV shows — one more awesome than the next. This includes stints on the likes of Scrubs, Blue Bloods, The Goldbergs, Royal Pains, and Providence, to name a few.

Welcome back to the TV fold, Cavanagh. We're glad to have you.