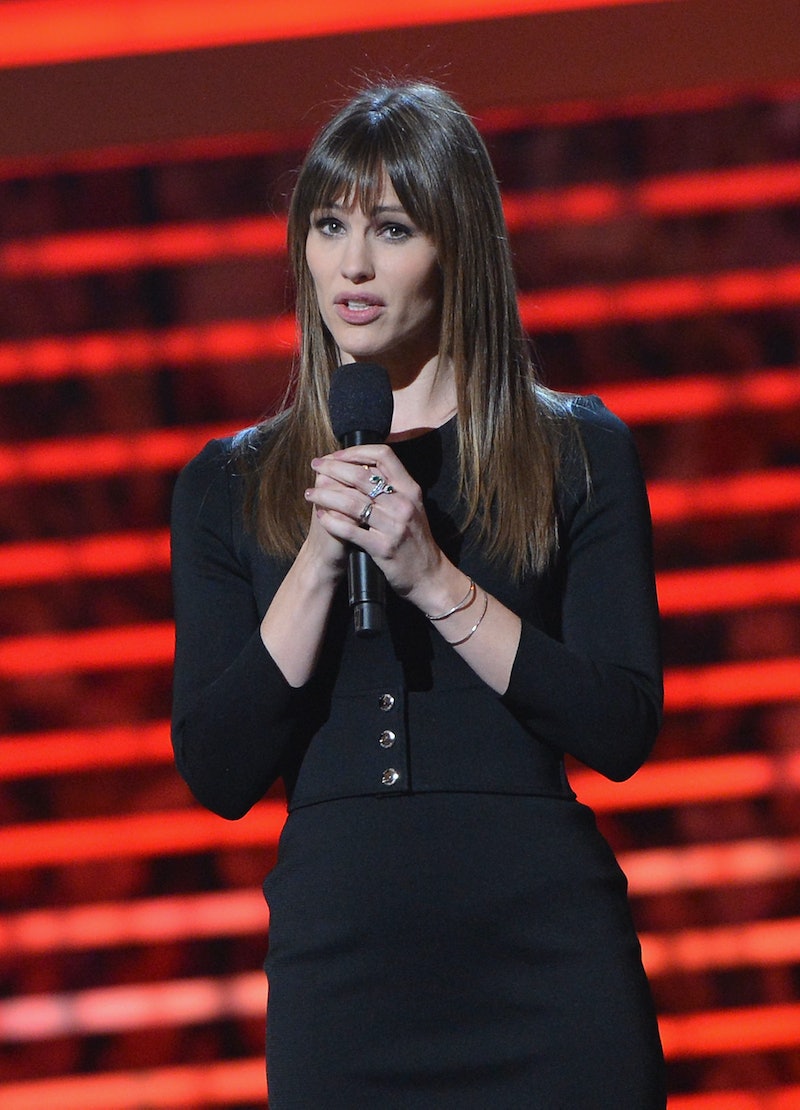 Women's representation in the film industry is something that consistently needs to be addressed until it actually changes. Fortunately, the movement for equality on screen and off is joined by Jennifer Garner and her impassioned speech on sexism in Hollywood. Bustle's Aly Semigran pointed out last week that the actress is much more than just Ben Affleck's wife, and that's something Garner also wants people to know.

The speech came during Monday's Elle Women in Hollywood event which was honoring Garner for her contributions to "the world of film — both in front of and behind the camera.” But right off, Garner called into question the necessity of such an event.

It's true. While I do think it's awesome to see women recognized at a big event like that, it is sad that they can't just be honored equally alongside men in the first place. It's unfortunate that in 2014, much of Hollywood is still a boy's club. It even extends to the media's portrayal of the two sexes. Garner says both she and husband Affleck are frequently asked sexist questions on the red carpet.

After a recent press junket, the pair debriefed one night and Garner realized that "every single person who interviewed me, I mean every single one ... asked me, ‘How do you balance work and family?'" And what stellar questions was Affleck given? "He said the only thing that people asked him repeatedly was about the tits on the 'Blurred Lines' girl," Garner said, referring to Gone Girl's Emily Ratajkowski.

Even worse? Garner says she was given the same treatment on the red carpet of Monday's Elle Women in Hollywood event and was asked continuously about balancing work and family. Shouldn't the reporters at least know better at that event?

Not only is she tired of talking about how, yes, she's a mom and an actress, but she's frustrated that her husband isn't asked the same thing. "As for work-life balance, he said no one asked him about it that day," Garner said in her speech. "As a matter of fact, no one had ever asked him about it. And we do share the same family. Isn't it time to kinda change that conversation?"

Absolutely it's time. It's been time for awhile now and hopefully someone with Garner's power can actually help things finally change. After all, she did help get California to impose stricter laws for paparazzi pictures of celebrity children. So I have faith and hope that she can help start the change for women's representation on the red carpet and in Hollywood as a whole.