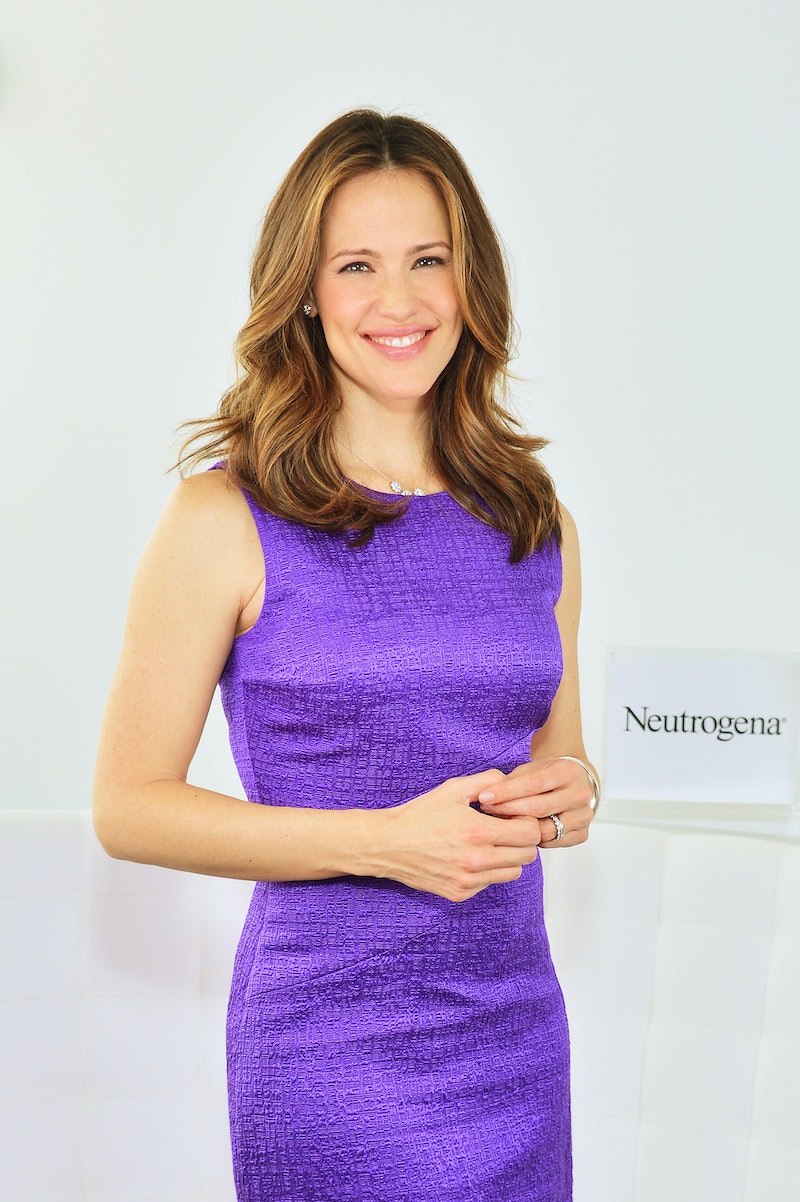 It's October, which means a month filled with pumpkin carving, hay rides, trick or treating, and... Jennifer Garner movies. Alright, so Jennifer Garner movies aren't typically synonymous with the month of October, but that's certainly the case this year. This month the actress has two films arriving in theaters, the Internet cautionary tale drama Men, Women & Children and the adaptation of the beloved children's story Alexander and the Terrible, Horrible, No Good, Very Bad Day .

While Garner's marriage to Ben Affleck (with whom she has three adorable children) has long kept the actress in the spotlight, she's the one who made her own star shine bright in Hollywood, high profile relationships or not. She's starred in everything from critical darlings such as Juno, Catch Me If You Can and Dallas Buyers Club to mainstream blockbusters like Valentine's Day and Pearl Harbor, and has remained just as beloved off-screen as she has on.

The Golden Globe-winning actress has gone from butt kicking TV heroine on Alias to charming film star in beloved hits like 13 Going on 30, and in honor of her big month on the big screen we're looking back at the career evolution of actress Jennifer Garner.

Jennifer Garner has been acting professionally since 1995, but the first few years of her career was the actress earning her dues in Hollywood. Whether it was bit parts in movies like Dude, Where's My Car? and Pearl Harbor (where she first worked with her future husband Ben Affleck) or appearing in short-lived shows like Significant Others and Time of Your Life. In 2000, Garner wed her Felicity co-star Scott Foley. (The pair divorced in 2004.)

Arguably the ultimate Jennifer Garner era to date, it all kicked off with her work as double-agent Sydney Bristow on the fan favorite action-adventure series Alias. Sure, she captured attention for her character's wild (and often sexy) various looks, but it was her multi-layered performance that won over fans and critics alike. Garner won both a Golden Globe and a Screen Actors Guild Award for her star-making turn for the series, which ran for five seasons.

Sydney Bristow made Garner a bona fide action star, which lead to her role as Elektra in 2004's Daredevil (another film she worked on with Affleck, whom she wed in 2005) and as the titular comic book heroine in 2005's Elektra. While Daredevil and Elektra weren't critical darlings, it was quite the opposite for her work in films like her memorable bit part in 2002's Catch Me If You Can, her wildly charming performance in 2004's 13 Going on 30 , and her understated, but beautiful supporting part in 2007's Juno. Instead of getting pigeonholed, Garner proved herself to be a versatile actress and a full-fledged star.

While Garner's personal life may have kept her in the Hollywood spotlight over the past few years, she's continued to leave her mark on screen. Though she's been part of some flops like 2009's The Invention of Lying, 2011's Butter, and 2012's The Odd Life of Timothy Green, she reminded critics and audiences in 2013's Dallas Buyers Club that when given the right material, she's a force to be reckoned with. Garner has sadly been relegated to famous spouse/mother and supporting actress, but anyone familiar with her work in Alias and 13 Going on 30 can tell you that she can carry something all on her own.

Though Garner isn't the lead star in Men, Women & Children or Alexander and the Terrible, Horrible, No Good, Very Bad Day, hopefully they'll play as a reminder that Garner has had a nearly two-decades spanning career for a reason: she's awesome.

More like this
An Extremely Messy Ranking Of What Actually Happens In 'Don't Worry Darling'
By Chloe Foussianes
Paul Mescal, Man Of Mystery
By Samantha Leach and Heather Hazzan
Twitter Has So Many Thoughts About ‘Don’t Worry Darling’ After Its Release
By Stephanie Topacio Long
Florence Pugh Reflected On Her ‘Don’t Worry Darling’ Experience On Opening Day
By Brad Witter
Get Even More From Bustle — Sign Up For The Newsletter