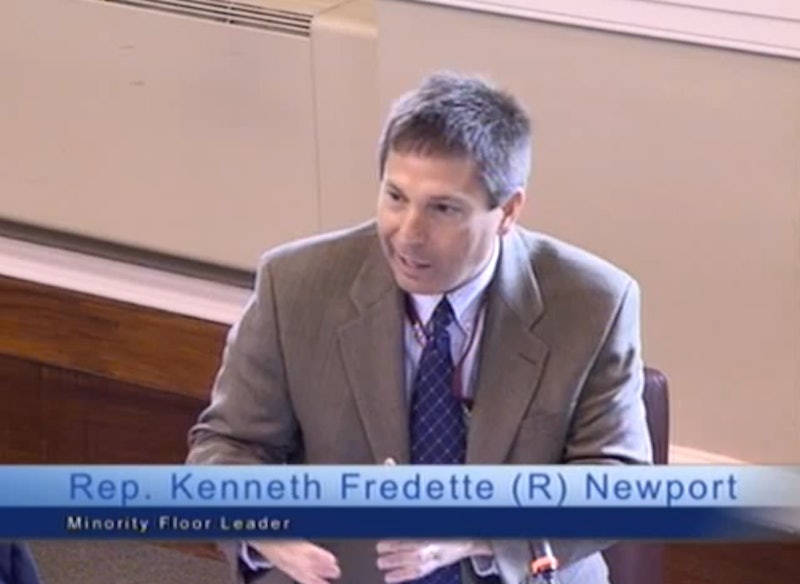 It's not entirely clear what was going through Maine House of Representatives Minority Leader Ken Fredette's, um, man's brain when he invoked the gender-stereotyping book Men Are From Mars, Women Are From Venus in order to explain why he opposes the expansion of Medicaid. Check out his remarks in a video from ThinkProgress below.

"As I listen to the debate today and earlier debate on this bill, I can’t help but think of a title of a book, Men Are From Mars, Women Are From Venus. And it’s a book about the fact that men sort of think one way in their own brain, in their own world. And women think another way in their own brain and in their own world. And it really talks about the way that men and women can do a better job at communicating. Because if you listen to the debate today, in my mind—a man’s mind—I hear two fundamental issues. From the other side of the aisle, I hear the conversation being about: free. ‘This is free, we need to take it, and it’s free. And we need to do it now.’ And that’s the fundamental message that my brain receives. Now, my brain, being a man’s brain, sort of thinks differently, because I say, well, it’s not—if it’s free, is it really free? Because I say, in my brain, there’s a cost to this."

The gender binary created by Rep. Fredette is a bit perplexing, isn't it? Are Democrats thinking with "women's brains" on Medicaid? Do women get so emotional and impulsive about free things that our minds can't understand any corresponding costs?

Either way, the House passed Medicaid expansion for Maine on Tuesday. Rep. Fredette's man brain must be reeling.

More like this
Prince William Condemns “Unacceptable” Comments Made To A Black Guest At Buckingham Palace
By Shahed Ezaydi
The David Beckham Qatar Controversy, Explained
By Sophie McEvoy
Wimbledon Alters All-White Kit Rule Amid Candid Period Discussions
By Catharina Cheung and Rachel Mantock
Jennifer Garner's "Lovely Date" To A White House Dinner Was Her Daughter Violet
By Brad Witter
Get Even More From Bustle — Sign Up For The Newsletter