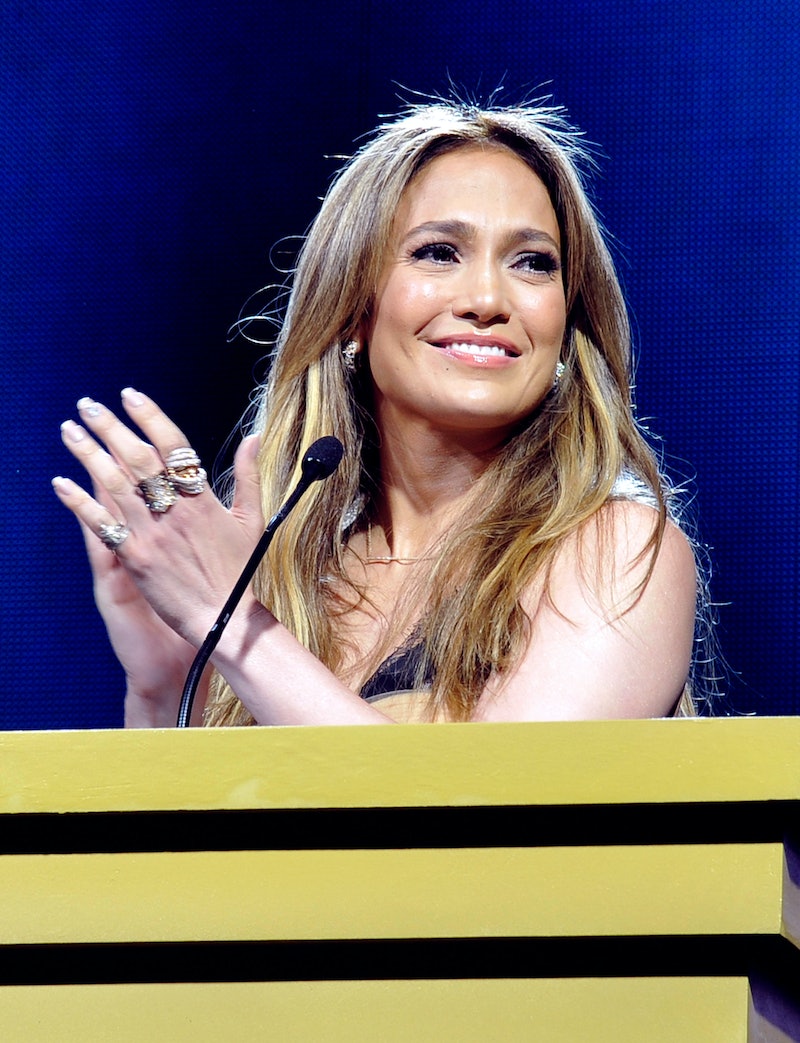 Now that we know who'll grace the American Idol judges table with their presence in 2014, we can fully prepare ourselves for the onslaught of overindulgent praise and uncomfortable silences. What's special about this year's "new panel" of judges, which includes Jennifer Lopez, Keith Urban, and Harry Connick, Jr., is that they're all returning to the show from past appearances. It's "new" Idol, but not unfamiliar Idol.

Lopez is obviously a former judge from Seasons 10 and 11; Urban is back from the battlefield that was Nicki Minaj and Mariah Carey's Season 12; and Connick, Jr. has played mentor many times, most notably when he went head-to-head with Randy Jackson during Season 12.

Predicting their behavior isn't an exact science — they are all human, after all — but I'll bet we could figure out how they'd handle just about anything the audition rounds might throw at them. We already know Lopez is the sugary sweet "I love you, baby" sort of judge. Urban is the judge that loves music and people so much it hurts, but if you mess with country, he'll take you down. And Connick, Jr. is not one to mince words ... ever. So how would they handle some of Idol's past humdingers?

Idol's most famous dud was so terrible he wrapped back around to interesting (for some people, anyway): William Hung.

Jennifer's take: She'll scrunch up her face and say something like, "Oh, sweetie. This isn't for you, baby." She'd keep it short and simple until it came time to say, "It's a no for me today," as if in some universe Hung could improve and return to win the whole shebang. (Sorry. I couldn't help myself.)

Keith's take: He'd differ little from Jennifer. These two kind souls don't have the stomach to grind dreams into the ground the way later seasons Randy did and the way Simon Cowell still does on The X Factor.

Harry's take: Harry will be the one charged to bring the fire and the pain. With cranky old Randy sitting in Jimmy Iovine's recently emptied seat (godspeed, young Idol contestants), someone has to keep this table in check. And if Harry's face-off with Randy during Season 12's Top 4 episode is any indication (the memorably sarcastic "Be yourself! Sing it like Etta James!" comment), he's just the guy to do it. Harry won't likely be cruel like Simon, but something tells me he's got no patience for funny business when it comes to his first love, music. He'd tell Hung to scoot, stat.

If there's one thing judges can't stand, it's someone making a joke out of American Idol — like Boston's sarcasm enthusiast Andrew Fenlon from Season 9. (Or Bikini Girl, or someone dressed as a giant Transformer — the list goes on and on.)

Jennifer's take: She may have once been Jenny from the Block, but behind that table, she's sweeter, kinder, and more patient. While her cohorts would like wipe the floor with this guy, she'd be softer than Season 9's angry Kara DioGuardi and likely respond with doe-eyed shock rather than vitriol.

Keith's take: He'd be disappointed, man. Keith would note how Fenlon's voice showed promise, but that his disrespect totally killed it. "Aw, man," he'd say before giving the showoff a "no thanks."

Harry's take: Harry would not put up with any of this. Before JLo could even make a sad face, I'll bet Harry would break in and let this guy know just what a disrespectful punk he is. But whereas Randy or Simon would just come out with it, Harry's got his ultimate weapon of sarcasm; so, my guess is he'd beat this jokester at his own game once or twice before sending him right out the door.

Obstacle #3: The Contestant So Good, There's Nothing to Say but "Wow"

Jennifer's take: She'd be a little short on words, because she'd be wrestling with the crocodile tears in her eyes.

Harry's take: He's tough, but at heart, he's a big ol' softie. He'd probably let out a good ol' Louisiana "Whoo-whee!" and then tell her how amazing she is before speaking for the rest of the incapacitated panel and sending her on through. But could she have convinced him to swap places with her and "audition" with an R. Kelly song? Well, he's a goofy guy, so it's entirely possible.

So, there you have it. We'll know for sure how our judge will behave when auditions roll through in January (or if Connick, Jr. goes all Nicki Minaj on one of his fellow judges during a taping this summer and a tape leaks, which is pretty unlikely). But for now, I think we've got enough of a handle on their personalities and past performances to make this approximation.

The only question that really remains is, with Connick so poised to be the Randy-esque "boss" of the panel, will judging table vets like Urban and Lopez be miffed by the impropriety? Urban's too easy-going, but Lopez is a mother of two and is rather used to be being the one in command. Perhaps there'll be fireworks this season after all.

More like this
'Love Island' Has Added Yet Another Bombshell To The Villa
By Bustle UK
Linda Ronstadt’s “Long Long Time” Plays A Pivotal Role In The Last Of Us
By Brad Witter
Taylor Swift Visited The 'Glee' Set For This Bizarre Season 5 Episode
By Grace Wehniainen
This 'Emily In Paris' x Blackpink Crossover Is Beyond Iconic
By El Hunt
Get Even More From Bustle — Sign Up For The Newsletter
From hair trends to relationship advice, our daily newsletter has everything you need to sound like a person who’s on TikTok, even if you aren’t.