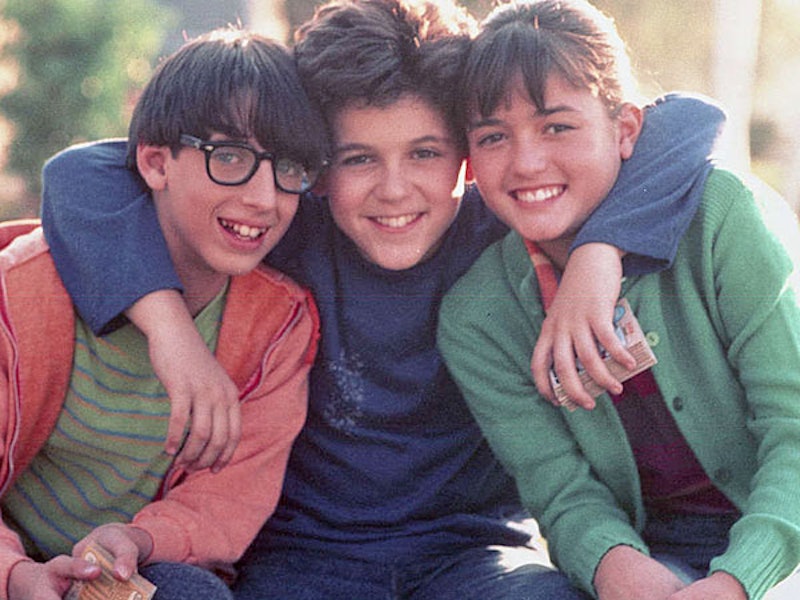 It has been 26 years since The Wonder Years aired on ABC and changed the face of television forever. Today we are spoiled with our Breaking Bads and True Detectives and so much high quality TV. But in 1988, you didn't see that perfect mixture of writing and directing until this show about a man looking back on his so-called normal life in the suburban 1960s.

Series co-creator Neal Marlens said, "In the late '80s, a door opened when the networks realized cable was making inroads. For a while, their response was actually surprisingly insightful — to try to compete with quality." As a result The Wonder Years was a hybrid of comedy with drama, was shot single camera rather than live audience and let the music be a formidable piece of the story telling. Everything from that Joe Cocker opening (as a child I, of course, thought that was written just for the show) to Daniel Stern's impactful narration and of course, those killer endings. I mean, was there anyone who couldn't relate to this show?

The Wonder Years marked the beginning of the golden era of television, argued TV columnist and NPR Fresh Air critic David Bianculli at a panel this week that featured the stars of the series: Fred Savage (Kevin Arnold), Danica McKeller (Winnie Cooper) and Josh Saviano (Paul Pfeiffer). The cast has been on a big tour promoting the release of the series on DVD (you can either get the first season or go for the amazing entire series Time Life.com produced package of all 115 episodes which features a miniature school locker and pretty much every extra you could ever wish for). But for a little preview of some of the behind the scenes secrets (and if you don't feel like spending $250) here are some amazing facts about The Wonder Years Bustle learned about last night at the 92y event.

Kevin and Winnie's iconic first kiss that takes place in the pilot episode took six takes, McKeller recalls. It was the first kiss for both Savage and McKeller who were 11 and 12 at the time. "It was tough to go back to 11 year olds after that," Savage joked. When she had first read the script that was the main thing she was excited about. "I just thought, wow, I am going to get my first kiss!"

As for direction, Savage said they told him to put the coat on her. McKeller asked him if they told him to stroke her hair after the kiss and he said, "I just kinda went with it." Awwwww. "That moment was so much a part of my life and experience. It's hard to separate yourself from it," McKeller said.

McKeller also remembers that she watched her first kiss with her entire family! The episode aired after the Super Bowl when it premiered in 1988 so everyone got to see it together.

Everyone asks about the kiss, but more people ask about why Kevin and Winnie didn't get together at the end

Savage and McKeller said hundreds of people have asked them about what it was like to have their first kiss on television but more people have asked them about why Kevin and Winnie didn't end up together. "Probably thousands!" McKeller said. Savage argued the reason is because it wouldn't have been realistic and the show always prided itself on showing that life wasn't ever wrapped up in a neat bow. "Your life doesn't end up the way you thought it would. This felt more real" he said. "We didn't want to make it complete and pretty," Saviano chimed in.

The girl who loved Kevin, got dumped by Kevin and then beat up Kevin (which was awesome) was played by McKeller's real-life sister, Crystal. Both girls auditioned for the role of Winnie, but Danica beat her out. However the producers still loved Crystal and said they would write her a part if it went to series. And clearly they followed through (plus she got to be in that awesome Star Trek scene).

There was no behind the scenes romance happening with these teens. "They teased me relentlessly. They were like my brothers. They taught me 'pull my finger'" she said.

Well maybe there was a little romance...

Though later Savage said that McKeller was the "embodiment of every guy's dreamgirl" and after she was handed a card with a question on it about the cast’s secret crushes, Saviano said: “I don’t think it was a secret!” Savage added, “Yeah, we all loved you.” And McKeller said she also had a little crush on Savage at the very beginning of the series.

A lot of those big, dramatic Kevin/Winnie scenes were filmed separately

Because the actors on the show were so young, they had to go to class everyday. This made it especially tough for Fred, who was featured in almost every scene. So if they didn't have to appear in the same shot on screen, the actors would often film separately. This means that the sweet scene where Kevin climbs into Winnie's bedroom after she is in a car accident and they say "I love you" to eachother was actually each actor saying "I love you" to a piece of tape. Bummer!

Both Savage and McKeller talked about how Saviano was the most different, out of any them, from his character. "Josh was a varsity athlete. He was a jock. Just really cool," said Savage. McKeller also called herself a nerd and said she studied all the time. This makes sense as she earned a Bachelor of Science in Mathematics with honors from UCLA.

Saviano is proud to be a hipster icon

Though he was afraid to wear thick rimmed glasses for a really long time (because he would get character comparisons) he thinks its great that so many hipsters embraced the look.

Fred Savage preferred the male guest stars to the female ones

Though actresses such as Alicia Silverstone, Carla Gugino and Paula Marshall all guest-starred on the series, Fred says he was a bit afraid of them. He really liked the male guest stars that came though, like David Schwimmer and John Corbett, and tried to impress them. "I just thought they were the coolest," Savage said. Saviano pointed out that he did in fact like the female guest stars (cause he was the cool guy!) But clearly no one is cooler than David Schwimmer.

They all thought the episodes featuring Mr.Collins were the best in the series

All three of the actors talked about the three episodes featuring stern — but fair — math teacher Mr.Collins (played by Steven Gilborn) being their favorites.

Daniel Stern, who was the narrator for the duration of the series, always wears sweatpants, according to Fred (who also worked with him on Little Monsters). Stern also directed a number of episodes, so he was around set but he would film his voiceovers in a separate recording studio.

Dan Lauria and Alley Mills (who played Jack and Norma Arnold) were like surrogate parents to all of the kids on the set. Lauria taught them all about acting and directing and would make them watch old movies. "He would talk to us about theater all the time and really challenged me to do more readings of plays and watching classic movies," Fred said in a recent interview. "He made sure to educate us on the history of entertaining and performing, and that education has really served me well in my career." And on those long days on set Alley would try to rally everyone and boost their energy. "It was really interesting because neither of them had kids. We were their kids in a way," Savage said. Silvano noted they were just great actors and just knew their craft really well.

And believe it or not, Jason Hervey who played Kevin's jerk of an older brother, Wayne, was actually the cool nice, older brother you always wanted around. He would introduce Fred and Josh to all of his cool friends and drive them around in awesome cars. Not such a butthead after all.

Though everyone asks her about it, when Danica watched the clip where Kevin and Winnie start kissing after getting caught in a storm in a barn, she said: "We look like babies! No, they just cuddled!"

They were all thrilled to be a part of it

This one is less of a secret. Though they have all gone on to do great things (Fred Savage is an accomplished director, Saviano is a Yale-educated lawyer and Cooper is still acting and writing books on math), you can tell that this is something they know was much bigger than themselves. "All you want to do as an actor is be part of something that endures," said Fred. And they definitely were.