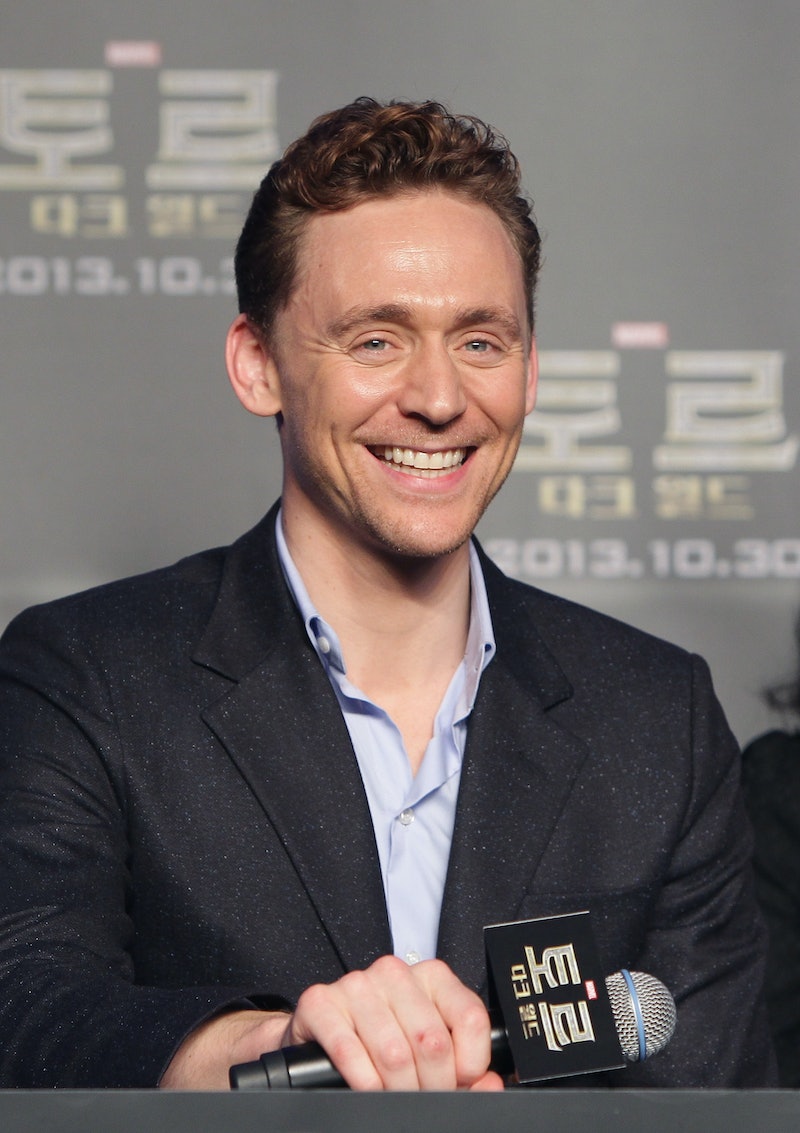 I've been a pretty big fan of Tom Hiddleston for a couple of years now and still I keep discovering new things about him that makes me love him even more. For example, I've always wondered exactly how many languages does Tom Hiddleston speak? I knew he was multilingual, but I had no idea his knowledge stretched so far. Beyond learning the European romance languages like French, Italian, and Spanish, Hiddleston knows Greek and also some Russian, Latin, German, Korean, and Mandarin Chinese. That's a whopping nine languages he knows not including his native English speaking abilities.

I don't know why I'm surprised. Hiddleston is very smart and very interested in different cultures so of course he's learned a few languages. More than a few. But what I love about him is that he doesn't brag about being multilingual, rather he uses his talent to connect with his many fans. When on press tours in other countries he goes out of his way to speak to crowds in their native tongue. When on talk shows for other nations he answers as many questions as he can in their language. It's just his humility coming out. He doesn't expect everyone to know English so he tries his best to communicate in a language that they do know.

It's an incredibly attractive quality in someone to see them care about another culture like that, especially when so many other celebrities are busy appropriating cultures for fashion, halloween costumes, or music videos. Fortunately Hiddleston is way more sensitive than that. This man, I just don't know what to do with him other than enjoy his talent and take pride in liking an actor who took the time to learn these nine (nine!) different languages.

I don't know what he's saying, but it sure entertained the audience.

Watch at 2:08 to see him sing in Italian. As if he wasn't already adorable enough.

For over half this Univision interview Hiddleston answers all the questions in Spanish. I'm also just impressed that he could understand the reporter because it's not like he was speaking slowly. Era muy impresionante!

Of course Hiddleston would be fluent in such a difficult language. Watch at 35 seconds.

Skip to 5:25 to see him speak Russian with Chelsea Handler. Also I adore that the Russian he knows is "love conquers hate." Further proof that Tom Hiddleston is a total sweetheart.

I could listen to Hiddleston explain compassion by tying it to its Latin roots all day long.

Here is is tackling another hard language.

Okay, so it's more Germanglish than straight up German. But it's still impressive, especially since he's juggling at the same time. Watch at 50 seconds.

Look at him trying so hard to introduce himself in her native language at 1:18.

And here's a supercut of all the times he's spoke to his fans in multiple languages so you can fall in love with him in French, Italian, Spanish, Greek, and so many more. As if you didn't love him enough already.