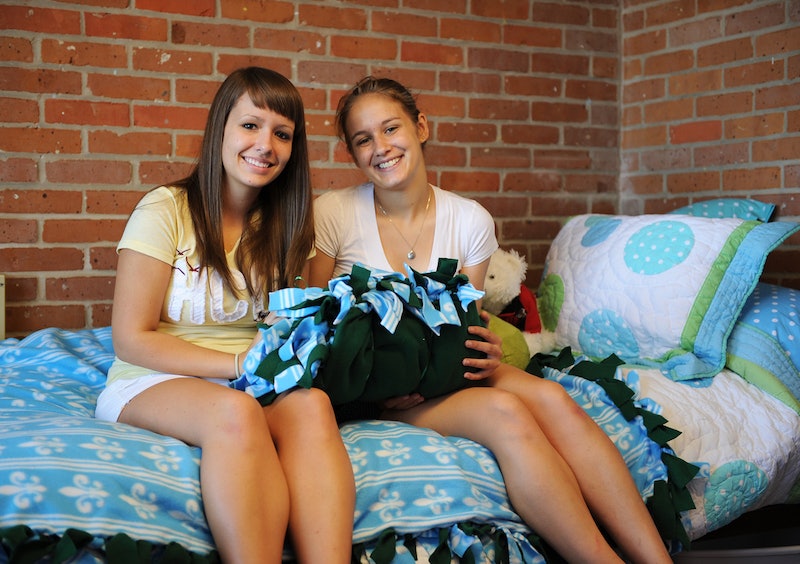 It's official: the humble roommate has officially replaced the spouse.

In a new Pew Research study set to quicken the hearts of commitment-phobes nationwide, it emerges that your roommate has replaced what was, a half-century ago, your husband or wife. Minus (probably) that whole sex thing.

Having a roommate is now more common than living with your romantic other half. Fifty years ago, only about one in 20 households were composed of platonic living arrangements.

In 1968, a stunning 85 percent of young Americans leaving either home or college moved in with their spouses. Only about six percent moved in with a platonic roommate, making them way more alternative than anyone today could hope to be. Today, living partners aren't always friends — moving in with Craigslist strangers in lieu of your buddies is far from uncommon — but, if you're not married, chances are you have roommates. And you've had them for a while.

The two big changes underlying the shift can likely be attributed to the rise in higher education, and the drop in young people getting married. These days, marriage has been slashed by more than 50 percent in the last half-century, and twice as many adult Americans have bachelor's degrees today. More women are heading into the workforce rather than straight into married life, leaving marriage until later and opting to live with cost-effective roommates and friends in the meantime. Birth control, specifically the Pill, has given things a helping hand, normalizing all of the above without the risk of becoming pregnant.

The same Pew Research study reveals that more Millennial adults than ever are also living with their parents — nearly a third of them, in fact.