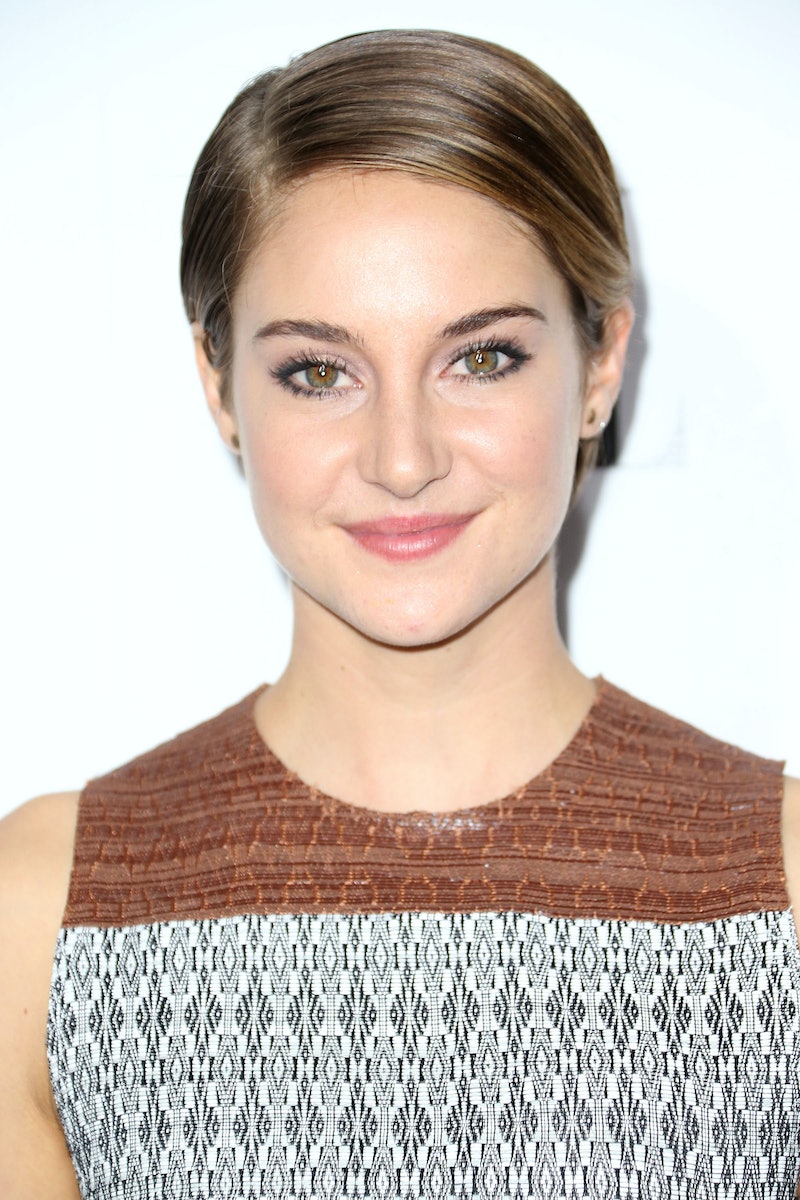 Just one short year ago, Shailene Woodley was playing Amy Juergens on the ABC Family show The Secret Life of the American Teenager. A lot has changed since then for the 22-year-old, and with all this stardom at her fingertips, would Shailene Woodley ever return to TV for a Secret Life reunion? She's starred in mega hits like the Divergent series and John Green's The Fault in Our Stars and her career is only getting more promising each moment. So, right now her answer is no to TV, but I think she should be a little more open to saying yes. "I cannot imagine doing TV again," she told E! News. "This nomadic lifestyle of doing a movie and traveling feels very right."

That may be true, but I don't want Woodley to forget that TV is where she came from. Hers is a pretty big success story. I can basically count on one hand the number of actors to turn an ABC Family show into a mainstream film industry career. She's incredibly lucky to have gotten out of there, and she shouldn't forget that.

I watched Secret Life and it wasn't a great show. The writing was painful as was the material, and many of the actors were downright awful. Many people still watched, of course, but it was no secret that it wasn't the best TV had to offer. That kind of thing can ground a career permanently.

But Woodley managed to not only go on to other projects when the series ended after four seasons, but they were fantastic projects with huge audiences.

If I were her, I would be so grateful to escape badly written teenage soap opera land. Perhaps that's what's keeping her from returning to TV, but she shouldn't be afraid of that. People know now how talented she is. She could easily do a reunion and no one would or should criticize that. For her to pay homage to the show that kickstarted her career would be sweet and nostalgic; it's not a step backwards.

As for television in general, Woodley should be more open to that. The way TV is today is different than when she was on it. With shows like True Detective we're seeing more and more movie stars gravitate towards miniseries work, because sometimes a show is a better format to tell a story than a two-hour film. The television landscape is changing and Woodley should be prepared to say yes to that if the right project comes along.

She did admit to E! News that "maybe one day [she] may be into it" but she should start entertaining those thoughts now. It doesn't do to shun TV with all the ways it's changing the industry, especially since TV is what gave Woodley her start. She shouldn't forget that or avoid that — she should embrace it as much as we've embraced her new and promising career.