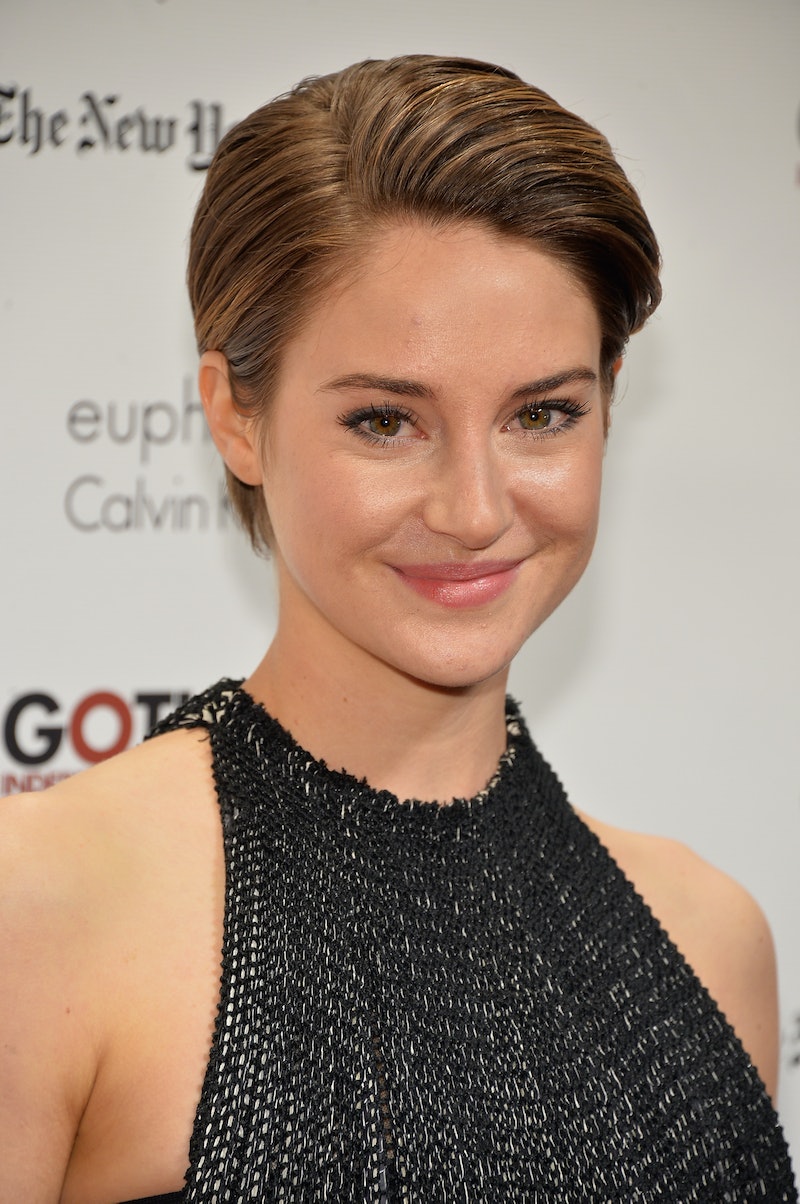 Shailene Woodley recently talked to The Hollywood Reporter about the expectations and reality of losing one's virginity, both on and off-screen. "I've lost my virginity four times onscreen. I'm a pro at it, apparently!" she joked. (For what it's worth, her scene in The Spectacular Now is one of the all-time most authentic sex scenes.)

The actress, who has had a stellar year with her turns in the big screen adaptations The Fault in Our Stars and Divergent, has also gained attention for headline-grabbing quotes on everything from Miley Cyrus to foraging for her own food. But, it's Woodley's feminist statements that have truly made her an important star of her generation. Woodley has openly talked about how she won't appear in sex scenes that don't feel authentic, and she elaborated on it more during the White Bird in a Blizzard's New York City premiere.

"One of the things I have been very keen on in doing those scenes is that they feel real because, I don’t know about you, but I do not personally think losing your virginity is a fun experience," Woodley stated.

The star continued on the topic of the first time. "It's not glamorous — for some people, I think it is, but it wasn’t for a lot of people on this planet — so for me, it was a matter of, if we're gonna do a scene that deals with that, it's not gonna be, 'Her back arches and she gasps in excitement.' No, no, it's gonna be messy and it's gonna be real."

You know exactly the kind of scenes she's talking about, too. The losing-their-virginity scenes where everything is perfect and looks super sexy, despite it being anything but. Those sort of scenes not only set up unrealistic expectations, but likely give young viewers the misguided impression they are doing something "wrong" if it doesn't resemble the glossy, misguided on-screen kind.

If Woodley — who follows the similar trend of being a positive, outspoken, and approachable star like Jennifer Lawrence — is the one leading the charge in showing healthy, realistic scenes about losing one's virginity (or any sex scene, really), that's nothing but good news for movies... and moviegoers.