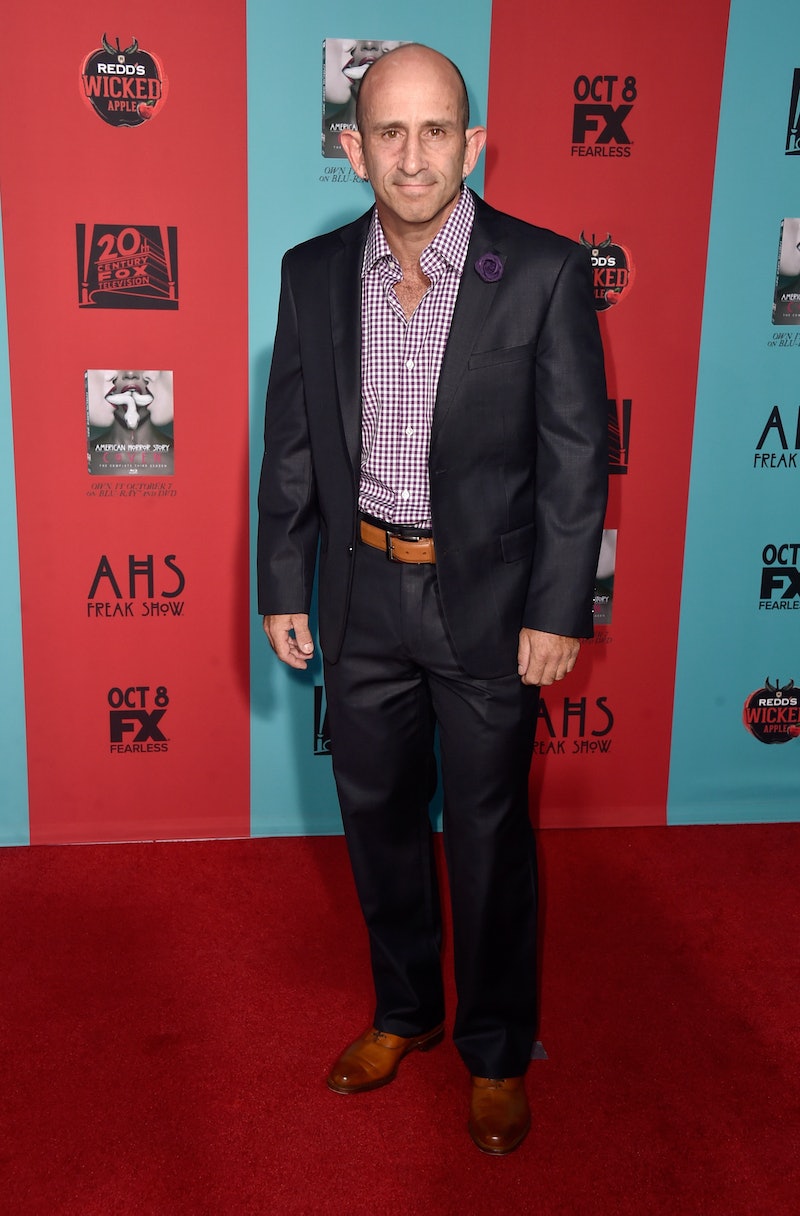 Die-hard American Horror Story fans who tuned into the premiere of Freak Show a few weeks ago (or caught a glimpse of a pilfered call sheet earlier this year) were delighted to see AHS fan-favorite Pepper, played by Naomi Grossman, in Jessica Lange's group of sideshow acts. The only major difference is that now, Pepper has a sidekick named Salty. There have long been theories that each of the AHS series take place in the same universe, and Pepper's second AHS appearance seemed to at least prove that Asylum and Freak Show are a part of the same world, with Pepper somehow ending up in Briarcliffe Manor — an oft-threatened ending for all of the Freak Show performers — at Briarcliffe Manor 14 years after her time in Jupiter.

But what a difference 14 years makes, because in Freak Show, Pepper has a pal... who just so happens to give them a cutesy duo name: Salty and Pepper. Salty is played by Christopher Neiman, and like Grossman, he has to go through two and a hours of prosthetics to play a person with microcephalcy on AHS.

Neiman has been a character actor working consistently on television — often with at least something glued to his face — playing demons, Ferengi, and the occasional cop for well over a decade, so Freak Show isn't exactly his first break.

But it might be his biggest; as long as Salty doesn't go the way of Meep (the pain of that scene is still too raw), AHS will likely be Neiman's longest consecutive run on a series.

After a spot on The X-Files, Neiman snowballed his nerd-elite guest star status, playing Yeggi, a Ferengi assisting DaiMon Nunk on Star Trek:Voyager. Neiman's resume is full of sci-fi and supernatural guest spots, later adding Angel and Charmed to the list, and more currently, Wizards of Waverly Place and AHS: Freak Show. This is the world we live in.

In interviews, Neiman seems to be kind of a serious guy, so it makes sense that he often plays attorneys, withe the occasional West Wing staffer thrown in. He often gets a lot of guff for his appearance as well — a bullet you usually have to take as a character actor — which was the case when he played the recurring opposing lawyer Barry Mathers on Ally McBeal for eight episodes. To be fair, hardly anyone could stand up to the Abercrombie-levels of hotness floating around the Cage and Fish offices.

Neiman made his way into movies in the Adam-Sandler-is-a-professional-football-player-yeah-OK-sure vehicle, The Longest Yard, once again honing in on his no-nonsense demeanor as a cop. Sandler gives him some guff for his ears and height that Jimmy Darling would probably have his ass for. But Neiman's character has the last laugh because he, uh, sends Sandler's "NFL quarterback" character to prison.

Hopefully Salty will get as much character development as we saw from Pepper in Asylum; the least Freak Show can do is give us a little solace as to why Pepper one day shows up at Briarcliffe, but Salty doesn't... Meep (and that damn clown) still has me on edge.