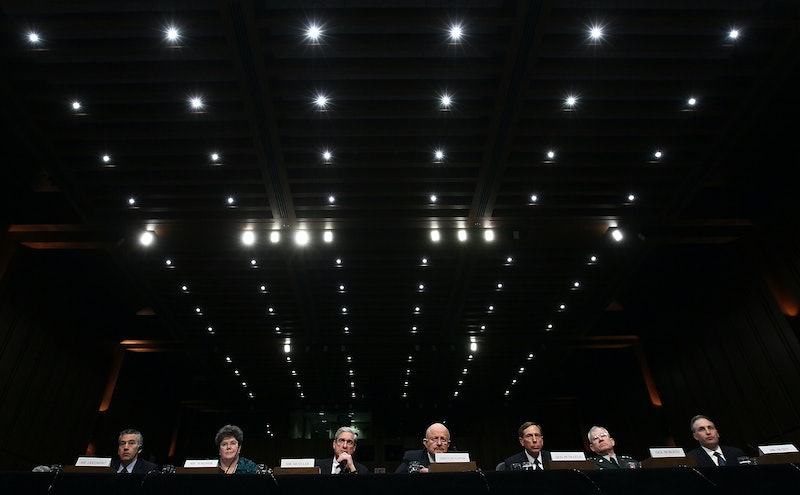 Amid Thursday's surprise appointment of Avril Haines as the CIA's second-in-command, the intelligence agency quietly released a report evaluating its approach to women. The verdict? The agency is still entrenched in its 40s-era ethos of supporting free, single, and male agents—while allowing female agents to hit a glass ceiling.

The report confirms that the agency's "Old Boy" culture expects 60-hour work weeks, doesn't prioritize work-life balance, and holds back from exploiting women's natural skills—for example, mapping relationships, and excelling with detail. The report also laid out ways to help the CIA foster a new generation of female James Bonds. (We can get on board with that one.)

Ex-Director David Petraeus (yeah, you remember that guy) ordered the report after noticing that only 19 percent of those promoted to Senior Intelligence last year were female.

The now-retired leader of Alec Station—the intelligence unit set up to track down Bin Laden and untangle Al-Qaeda—spoke up in the report to point out that his analysts were mostly women. Michael Scheuer confirmed that women he works with are "extraordinarily adept at both mastering the kind of detailed information that's key to counterterrorism, but also very, very insightful in mapping out relationships." Scheuer joked: "I would have been happy to put up a sign outside my office that read, 'No men need apply.'" Ugh, yeah, that's exactly what we want, more discrimination.

With Haines joining the CIA's senior leaders, half the agency's directors are now women. Haines' arrival was met with media fanfare, with respectful headlines abound like "Obama's Nominee for #2 CIA Job is a Former Erotica Reader." She's already even sparked hot debates in the Twitterverse. Because, you know, this marks the first time any government official has thought about sex. (Did we mention Petraeus already?)