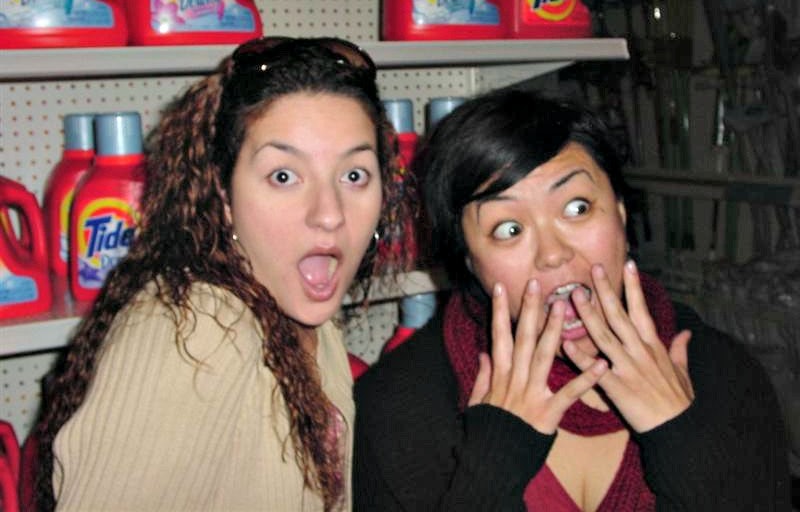 Question: What freaks you out the most? According to a recent survey conducted by Chapman University, what really scares Americans aren’t necessarily the things that go bump in the night — they’re slightly more commonplace fears. Like public speaking — people really hate public speaking. Surprise!

The Chapman Survey has the distinction of being the first comprehensive nationwide study on what frightens the U.S. the most. Around 1,500 people from across the nation participated, which might not seem like much for a nation of 317 million people; however, it takes steps toward painting the big picture of the country’s worst fears — so it can only get clearer from here. Study author Dr. Christopher Bader told the Orange County Register he plans to conduct the survey annually, so I’ll be interested to see how it develops over the years.

Survey responses fell under four basic categories: Personal fears, crime, natural disasters, and fear factors. Perhaps unsurprisingly, highly fearful people also tended to watch a high level of television; there’s a particular correlation with talk and true-crime shows. Furthermore, the research also showed that a lot of Americans think that crime rates are going up, even though we’ve got evidence that shows the opposite is happening. Said study co-author Dr. Edward Day:

“What we found when we asked a series of questions pertaining to fears of various crimes is that a majority of Americans not only fear crimes such as child abduction, gang violence, sexual assaults, and others; but they also believe these crimes (and others have increased over the past 20 years. When we looked at statistical data from police and FBI records, it showed crime has actually decreased in America in the past 20 years.”

I wonder if this misconception has anything to do with how connected we are all the time these days. Thanks to television, newspapers, the Internet, and so on, we’ve got ready access to a huge wealth of information as it occurs in real time; maybe, though, it’s making us freak out more than helping to keep us informed. That’s pure conjecture on my part, although even if I’m totally wrong, it probably can’t hurt to unplug every so often, right?

But I know what you really want to know: The top five fears plaguing Americans today. Okay then — let’s talk about them. Part of me can’t help but think that the survey’s descriptions of the fears are a little…shall we say, simplistic; as such, I’ve attempted to translate them from “survey-ese” into something slightly more accurate. When we say we’re afraid of “walking alone at night,” that’s not really what we’re afraid of; we’re afraid of what might happen to us if we walk alone at night. In fact, let’s start with that one, shall we? Here we go:

1. It Was a Dark and Stormy Night

Actual fear: Walking alone at night and getting jumped by strangers, then bundled in a van and driven off somewhere unknown, with no chance of Liam Neeson arriving to rescue you.

Actual fear: Someone stealing your real identity and leaving you stuck with a fake one, which just so happens to be the identity of someone who has gotten in a great deal of trouble with some awful, dangerous people, resulting in you taking the fall for the person whose identity you now have.

Chapman fear: Safety on the Internet.

Actual fear: Take this lollipop. No, seriously. Take it, and you will know the meaning of true fear.

Chapman fear: Being the victim of a mass/random shooting.

Actual fear: Standing up to give a speech, only to find that you somehow forgot to get dressed that morning and didn’t realize it until now.

And there you have it. So let me ask you again: What freaks you out the most?