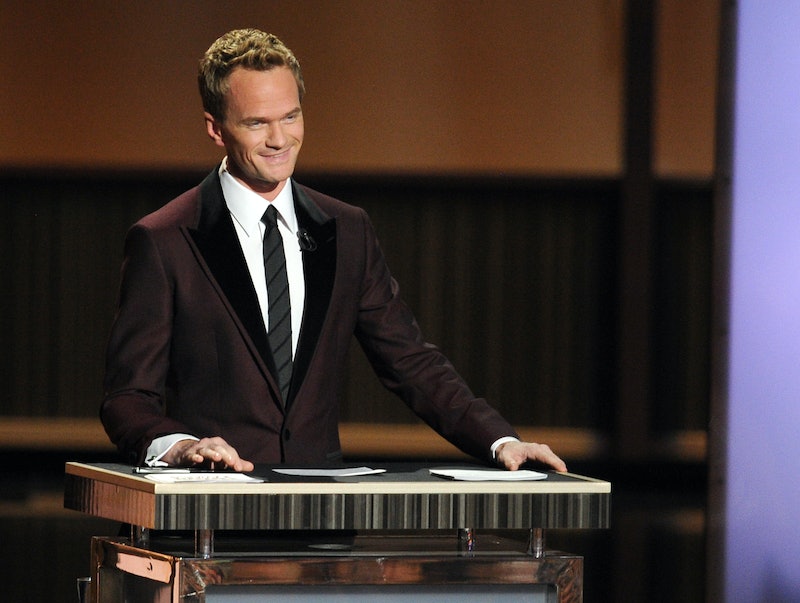 Well, this started out slightly disappointing. If you weren't already looking forward to the 2015 Oscars just for the sheer fact that it's the 2015 Oscars, then the fact that Neil Patrick Harris would be hosting the Oscars probably made your heart leap with excitement. Personally, I get overly excited whenever Harris does anything at all ever, so to find out that he had been chosen to host the Oscars was basically like an early Christmas present. However, The Hollywood Reporter just dropped a major bombshell about his selection. Apparently, Harris wasn't the Academy's first choice to host the Oscars. In fact, he wasn't even their second choice. Or their third. Awkward. Or is it?

The first choice for producers Craig Zadan and Neil Meron was actually a familiar face as far as Oscars hosts go. Ellen DeGeneres just hosted the ceremony in 2014 and Zadan and Meron were eager to get her to host again. Not only did her stint as host lead to a rise in viewership, but the selfie that she took during the ceremony is worth billions of dollars in publicity, apparently. Not to mention that DeGeneres ordered a pizza while the ceremony was going on, which was what would have been the selling point for me. However, DeGeneres didn't want to host the Oscars a third time and their replacements — Chris Rock and Julia Louis-Dreyfus — both said no as well. That left Harris, who has been talking about his desire to host the Oscars for a while.

With numbers like that, it's incredibly noticeable when the short list of people that the Academy desired as a host for the ceremony wasn't just full of white males or even just full of males. For them to consider DeGeneres first might just be due to purely financial reasons considering her successful stint earlier this year, but it still means that she beat out two men to be their top choice. For Harris to place fourth on the list is disappointing as a huge NPH fan, but that stings a little less when he was beat out by two women and a person of color on that same list. It shows a willingness to diversify that the Academy is long overdue for, especially when it took them until 1994 to have their black woman host the Awards and twenty-two years to have a black man host the Awards after Richard Pryor's second stint in 1983.

As amazing as it will be to see Harris take the stage in 2015 — and I'm already praying that he does a magic trick, please and thank you — it's equally amazing to know that the Academy was at least making an effort to incorporate more minority representation in what has largely been a boys' club for the last 86 years. Maybe in 2016 we'll get another female host or even another African-American host (it's been nine years since Rock last hosted in 2005, just saying). Thanks to this revelation, we now know that the Academy is extending the offers so it's just a matter of who will accept next.