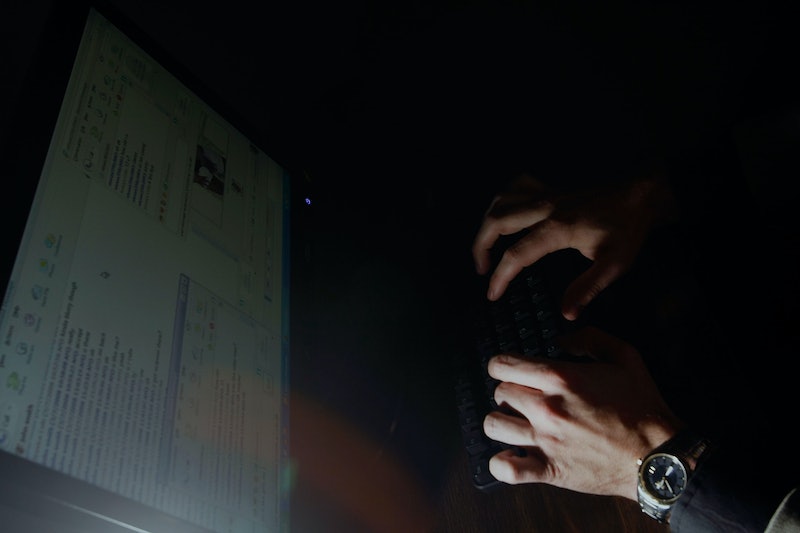 The word is out. According to science, there's a good chance we all probably know an Internet troll. At least, that's the depressing takeaway message to be found in a YouGov poll that reveals around a third of millennial Americans has trolled someone online. And to make it even more depressing, that's just the number of people who will admit (in an admittedly anonymous survey) that they've been rage-inducing, faith-destroying, Internet monsters. The real number could be even higher.

The full findings from this study are as fascinating as they are disheartening. Men are much more likely than women to engage in trolling; 30 percent of men have "argued maliciously" with a stranger about an opinion online, while among women the rate is only about 18 percent. Only a slightly smaller percentage (of both men and women) have argued with a stranger about a fact.

Millennials were also more likely than older Americans to have been trolls, which also makes a lot of sense.

Now, it's worth noting that this study doesn't really aim to identify the people who typically come to mind when we think of trolls, namely the most heinous of trolls who do things like make rape or death threats with impunity. Fortunately, we can't definitively say that one third of millennials have engaged in truly unsavory stuff like #GamerGate.

Still, at a time when online harassment against women is once again in the news — and a time when two women were forced out of their homes by online threats — it's becoming clear that we do need more data on Internet trolls, especially since it seems to only be a matter of time before online threats escalate to real world violence.

Given all this, I personally think we all need to know more about trolls. Who are they in real life? Why do they troll? When they make rape or death threats, are they serious? Have they ever considered following through? How seriously do they take themselves and the positions they adopt online?

And, most interestingly from a personal standpoint, do we all really know trolls in real life? If so, how do we identify which of our friends is turning pissing off innocent strangers into a game, because I would like to know who they are so I can sit them down and have some sort of intervention.

As more and more of our lives becomes about online communities in addition to our offline ones, trolling is an issue that we as a society are going to have to address at some point, especially since trolling can quickly escalate into harassment, doxing (the release of a person's personal information online), and threats of physical violence.

So, trolls of America, numerous though you unfortunately seem to be, you should all still shut up.