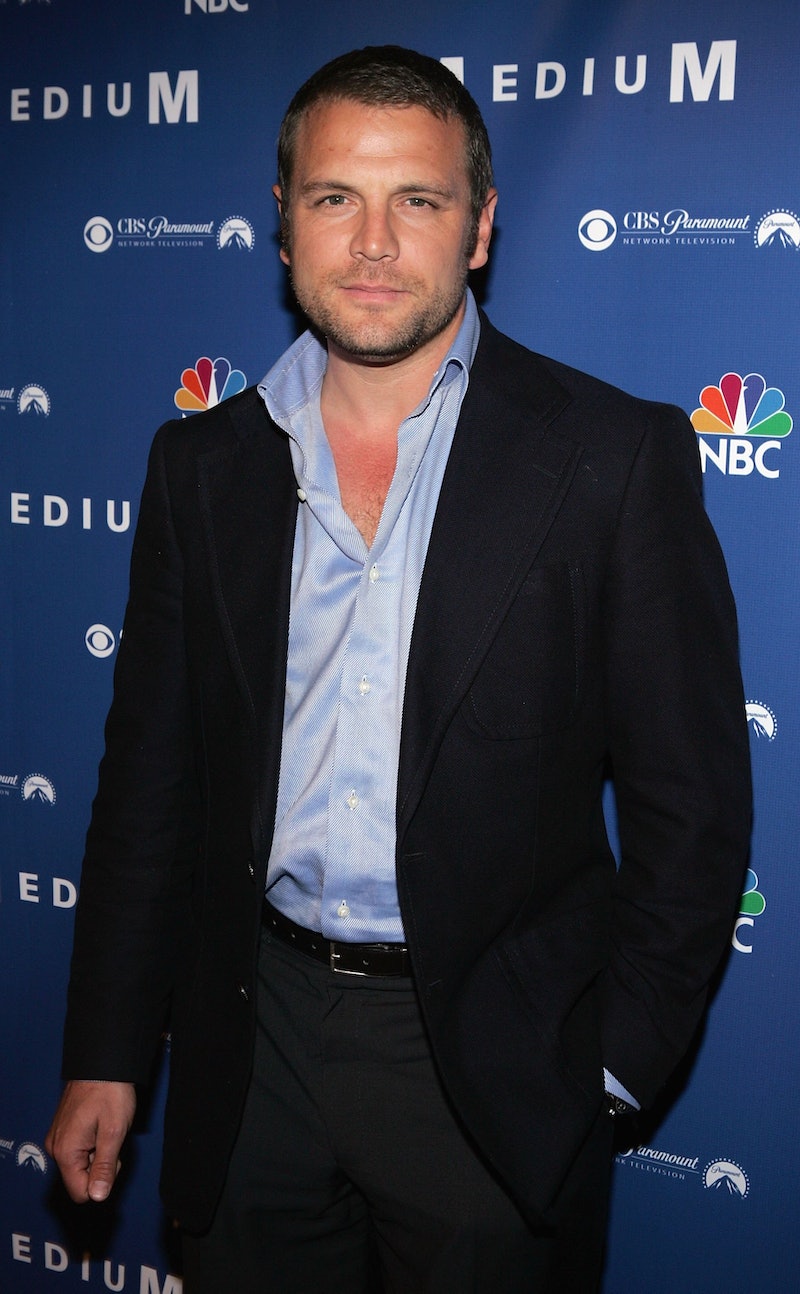 With every new episode of the CW superhero drama Arrow, it seems like there's yet another new character to keep track of. Between the upcoming introductions of comic mainstays Wildcat, Katana, and the Atom, Ollie needs to cut us some slack! Then again, I guess we'll need someone to replace Sara (may she rest in peace *tear*), right? The latest edition to the DC Comics TV adaptation is Mark Shaw, also known as Manhunter, who will be played by Canadian actor David Cubitt. You might recognize the actor from his time spent on Medium as Detective Lee Scanlon or as Sam Bates from a guest role on Bates Motel. Cubitt will make his first Arrow appearance in Season 3's third episode "Corto Maltese." But who is Mark Shaw? Do we have another Malcom Merlyn on our hands, or is he closer to Ollie's BFF (and my dream man) Diggle? Thankfully everyone can relax, at least for now, because Manhunter should be one of the good guys.

The term Manhunter in the DC comics doesn't actually refer to just one guy, but to an entire group of crime fighters referred to as the "Manhunters." Mark Shaw was a public defender in comic book lore who was sick of seeing guilty criminals slip through the cracks of the justice system, but when he rolls up to The CW's version of Starling City, it'll be as an A.R.G.U.S. operative who is somehow connected to Diggle. Were they former besties? Does it have something to do with Lyla? OH THE SUSPENSE!

This isn't the first time the show has made hints about introducing Manhunter into the series, since the character traditionally has ties to the A.R.G.U.S.-sponsored Suicide Squad, which we saw in Season 2, and the fact that Starling City's district attorney was named Kate Spencer on the show, the same name as a character in the comics who also becomes a Manhunter vigilante. One of Slade Wilson's soldiers killed her off late in Season 2, but her on-screen death seems to have made room for Mark Shaw.

Manhunter will hopefully help bolster Oliver's army against the arrival of ultimate bad guy R'as al Ghul, who will arrive sometime this season, though Manhunter is only listed as appearing in one episode so far. Whether he ends up getting a multi-episode arc or not, his appearance is bound to make "Corto Maltese" a can't-miss episode.