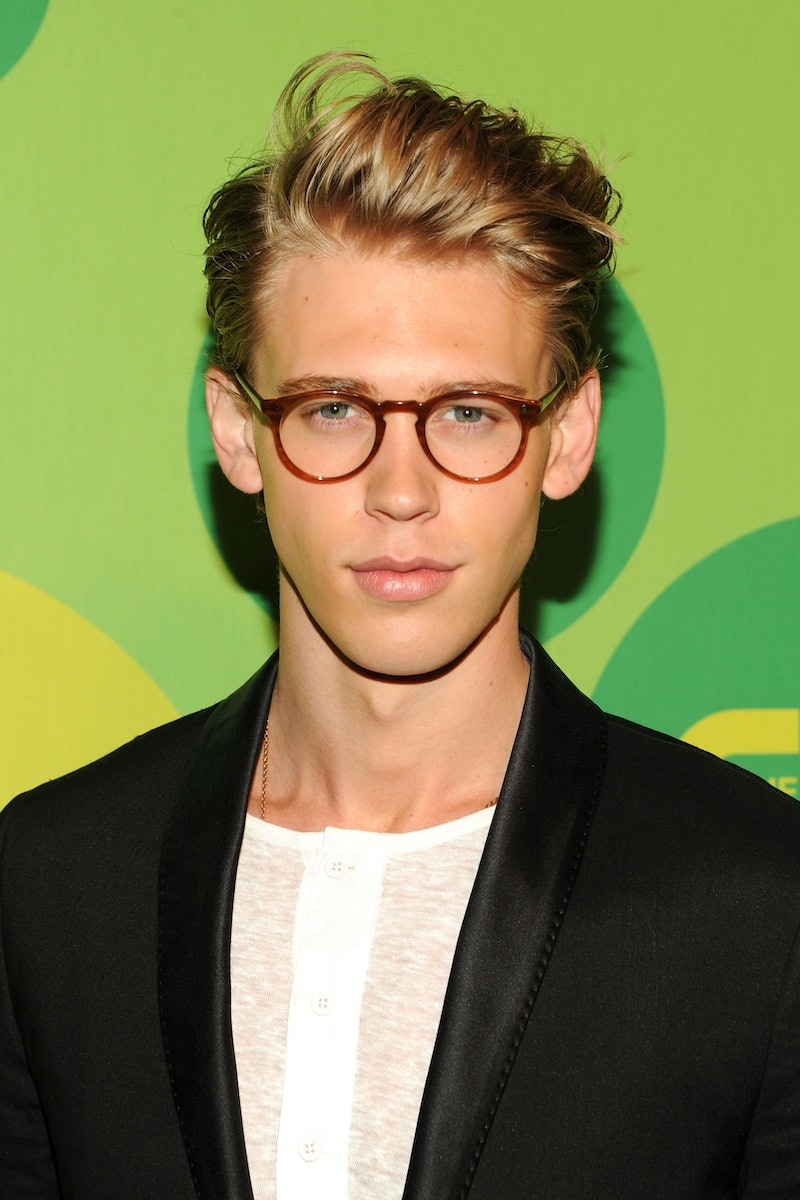 Sycophantic charm is coming to Starling City, as TVLine reports that Austin Butler has been cast in Arrow Season 3, which returns Oct. 8 to The CW. Butler is best known for being The Carrie Diaries' resident Draco Malfoy, aka Sebastian Kydd. (In terms of blonde hair and pained expressions, not dark magic, of course.) On Arrow, he'll be playing Chase, a DJ who catches the eye of Thea Queen, Oliver's younger sister. I guess that means Thea and Roy are dunzo after all. Sad. Though Roy Harper may too busy palling around with Thea's brother in his new Arsenal suit to entertain any kind of romance this season. According to TVLine, Chase won't be appearing until the seventh episode, which makes sense considering Thea bolted out of Starling City on an evil path with her evil pops in the Season 2 finale.

This Chase fella sounds like a nice boy. He probably shows up at the Queen Family nightclub, Verdant, meaning they could meet in a work situation. That's cute. So what's his deal? Is he just a regular dude or could he have a secret identity? With so many great new DC Comic characters coming to The CW this season between Arrow and The Flash , it seems unfair to leave Butler out of the speculation. Could he be the hero that draws Thea back to the light? Or a fellow villain to go all Bonnie and Clyde with her? Here are a few comic characters who could possibly serve as Chase's alter ego.

I'm a big Lost fan (the tenth anniversary is coming up... and now we all feel old) so I always start with the names when I theorize about new characters. What does it mean?! The only "Chase" in the DC Universe is a family that includes Agent Cameron Chase, a Government Agent, and her father Walter. Walter Chase was an early superhero known as the "Acro-Bat". Original. They aren't huge characters, but it's possible that the names could be connected. An Undercover DJ? That sounds like the best character ever and the name of my new improv team.

Thea is at least partly based on Mia Dearden, one of the many characters in the DC Comics Universe to take on the name "Speedy." One of Mia's allies in the comics is Connor Hawke, who was originally written as Oliver Queen's son and sometimes takes over as Green Arrow. It would not be unlike Arrow to shake up this relationship. For example, Laurel's father is her husband in the comics. Maybe Chase is Ollie's paternal cousin or half-brother, thus not blood-related to Thea at all? Weirder things have happened.

Holy remix, Batman! I'm taking this one out of left field a bit. Dick Grayson, as DC fans and Starkids alike know, is one of the characters to take on the moniker Robin. This wouldn't be the first time Batman characters have shown up on Arrow. Robin gets such a bad rap, it would be fun to see him as a hip DJ. Originally, Dick Grayson's family was in the circus as acrobats. I don't think it's too far-fetched to see this as a modern take on that artistic path.

That said, a recent casting announcement for villain Captain Boomerang connects Season 3 to yet another Robin. Drake's parents were killed by Boomerang in the comics. What goes around...

Of course, it's entirely possibly that Chase is an original character with no ties to the DC Universe. He could be the Lois Lane to Thea's... whatever Thea will become. It's always nice to see ladies rescuing boys for a change. That's 75 percent of the reason why I watch Once Upon a Time. But even seemingly original characters on Arrow like Felicity, the whole Dinah/Sara scenario, and Thea herself often become mashups of the comic book staples.