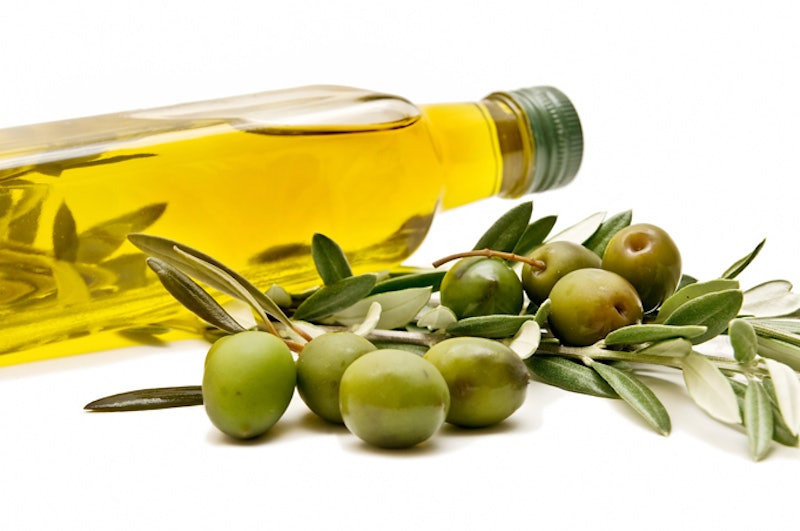 It is shocking, but true, that some people don't just go to Trader Joe's every January, buy the economy size olive oil to cook their eggs in every weekend, and call it a year. For those people, there are places like The Oilerie. Or as it's founders, Curt and Amy Jo Campbell, will tell you, there is only The Oilerie, an olive oil bar franchise they say is "on track to become the single largest retailer of Olive Oil in America." Now, when I first read that they are a franchise of olive oil bars, I became nervous that when they appear on Shark Tank on Friday night, the Campbells would be pitching some sort of olive oil granola bar, and sure, I went through an oil pull phase and I'll put anything on my hair once, but olive oil in bar form just sounds gross. Luckily, I have a tendency to jump the gun, and "bar" mostly means storefronts. The Oilerie and its six franchise stores specialize in hand-bottling fresh, premium olive oils and balsalmic vinegars and selling them to the olive-oil-loving public.

Someone might think that The Oilerie actually is the perfect product to pitch to a panel of investors that features Kevin O'Leary, aka Mr. Wonderful, a lover of all fine goods, especially wine and oils — but that person has probably never watched Shark Tank before. The closer your product is to Mr. Wonderful's heart and palette, the more he scrutinizes it.

So let's cross our fingers that The Oilerie is not only on track to become the largest hand bottler of extra virgin olive oil, but also the most profitable.

How The Oilerie got started

With a little money and an olive oil song in their heart, Curt and Amy Jo opened their first Oilerie storefront in Fish Creek, Wis. in 2003. From there, they found the perfect production facility just south of Rome ("in the direction of Napoli and then take a left at Frosinone"), and linked up with their fourth generation Olive Oil Master, Adriano Mantova, to provide the freshest olive oil to the U.S. they possibly could. After growing their business in Fish Creek, the Campbells began franchising. In each of the Campbell's three stores, and their six franchisees, you can sample 25-30 olive oils and then have your picks bottled up fresh to take home.

How The Oilerie got on Shark Tank

Curt Campbell, CEO and founder, did an interview with Green Bay Press Gazette , that was very informative of the Shark Tank process as a whole — for that alone, I give Curt my vote of confidence. Curt earned his spot on the show after he spotted a few Shark Tank scouts at a food show he was working and "ran them down." An audition tape earned him an hour in front of the Sharks, which is edited down to the 10-minute segment we see at home. He was able to work on his pitch with producers and even though he was "covered in flop sweat" for his final rehearsal, once he walked down that mahogany-paneled hallway and into the Tank (hopefully doing something gimmicky like brandishing an olive oil torch), he was... well, we won't know how he did until the episode airs Friday, but no matter how it goes, Curt is thankful for the 8 million Shark Tank viewers that will learn about The Oilerie, and the chance to share he and his wife's story.

How The Oilerie will do

Stories are inspiring, but money talks, so how will the Sharks respond to this niche market? Historically, they've only responded well to franchising pitches when the entrepreneurs have a very special product with a substantial set of sales attached to the flagship. The Campbell's store in Fish Creek does around $1 million per year in sales, at 65 percent profit, which isn't bad, but the decision might be more dependent on how the franchising they've done without the assistance of Sharks has fared. Best of luck, my oily friends.