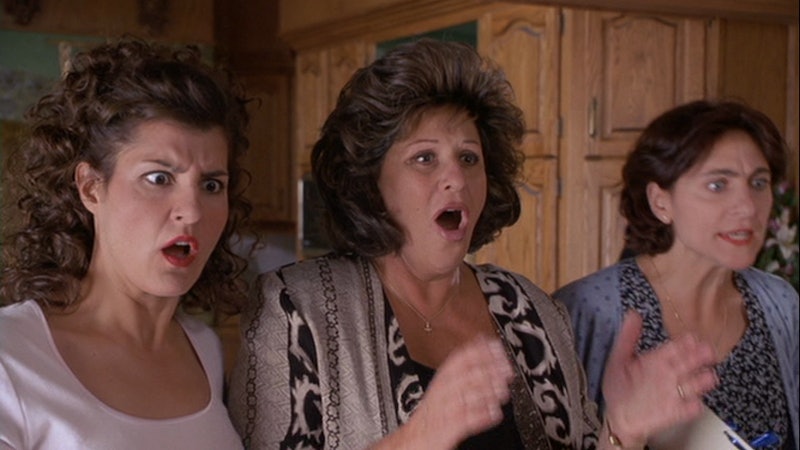 Growing up in a Greek family is kind of the best. I mean, there are some annoying things about it. Guilt trips, for starters. Always with the guilt trips. Although that seems to be a defining characteristic of families of many cultural origins so we can play it off as something relatives do to one another. Oh and hairiness. That's not an especially great thing about Greekness, but hey, there's always wax and bleach, right? But for the most part, growing up Greek is mostly about eating. Feeding, being fed – Everything revolves around food, which is a good thing. Weirdly, Greek people seem to maintain a fairly healthy sort of weight in general. My yiayia says it's because of all the olive oil. Which, as my family would have me understand it, is also why Greek people seem to live forever, even though they smoke and drink like pirates.

I was sometimes bullied for being Greek, but at the end of the day, I always had THE DAWN OF CIVILIZATION to back me up. Forget that Greece is in a state of economic crisis now, our ancestors INVENTED DEMOCRACY. What did yours do, huh? So here are the best things about growing up Greek, mostly food, but you know, a few other things too.

There's nothing better than being 16 and seated at a huge Greek wedding next to a 5-year-old Katerina Georgakopolous and a 30-year-old Katerina Georgakopolous neither of whom you've met before but both of whom are your second cousins. People make fun of big Greek families, and they can be frustrating at times, but there's something oddly calming in the chaos of 50 immediate family members all in the kitchen, yelling over one another, stepping over one another to get things done, and drinking and eating like there's no tomorrow.

No matter how shitty your family is, or if this person is mad at that person or whatever other politics are happening, the best thing about being part of a Greek family is that, without fail, every week you'll sit down to one, big, family dinner. And while you're sitting around the table, talking with your mouth full, everyone forgets everything else except that very moment, and even if you come back to your differences later, there's a lovely, three-hour truce (Greek meals are longggggggg) while you eat.

Not to sound like a greedy pig or anything, but yiayia slipping you a $20 in with your Easter eggs is a pretty sweet deal.

The PB & J kids will mock you, sure, but while you're munching on salami, feta cheese, fresh garden tomatoes, cucumber and olives you give absolutely zero fucks what anyone else thinks of you, especially with their basic bitch white bread lunches.

The older generation of my immigrant family never learned to speak English, so I basically fell out of the womb speaking Greek. It's a fairly useless language, sure, but it's a language other than English, and you're practically born knowing it.

YOUR YIAYIA AND PAPOU

There are no people tougher than your Greek, war-weary, village-living, yiayia and papou. No one will love you so much, or pull your ear as hard when you're naughty, as your yiayia and papou. Plus they do cool stuff like break the necks of rabbits they grow in their own backyards and skin them for dinner. Yiayia and papou know what's up.

Everyone wants to go to the Greek house. There's great food at the Greek house. You're allowed to watch TV at the Greek house, plus there's at least 17 billion VHS tapes there. There's ALWAYS dessert at the Greek house. Greek mom lets you stand in the fridge and eat cold cuts straight out of the tray. Greek dad has 75 broken radios in his garage he'll let you look at. Greek papou will call you "boy" or "girl" and if you're tall, will go on and on about it. Greek yiayia will basically attach a drip to your arm and force feed you delicious things. Greek house is the best house.

Greek Easter is a treat, because even though you have to go to church at midnight, you get to make a wax catching cup for a candle out of tin foil or a cut in half milk carton then your parents let you CARRY FIRE, which you got to make cool Star Wars jokes about ("use The Fos": "fos" being the light/flame, and sounding similar to "force"). Also, the communion wine (port) was always a delicious treat.

When I was sick as a kid, my yiayia used to heat some olive oil in a spoon like heroin, dip a cotton ball in it and sick it in my ear. I don't know what it did, but it was good.

THE BUCKET OF KFC CHICKEN

At every event, the women and men in Greek families spend days cooking in the lead up. They make elaborate Greek dishes to set upon a buffet style table where everyone will mill about, scooping up the handmade dips and cheeses. Inevitably though, in the middle of all the painstakingly hand-wrapped dolmathes, there will be a family size bucket of KFC fried chicken. No fries or anything else. Just the bucket of chicken.

When Friends came out and Jennifer Aniston rose to fame we learned that she was Greek, and it made everything about being Greek seem doubly as good.

For whatever reason, Greek school made you instantly cooler than everyone else, which is weird, because it's both Greek and school. Greek school was cooler than regular school because the kids there all had papous who wore leather jackets and picked them up in old Cadillacs while smoking, and one of your classes was always dance, where you'd do the Zorba until it got so fast paced you'd fall over in fits of giggles.

DID I MENTION THE FOOD?

No but seriously though. Yamas!