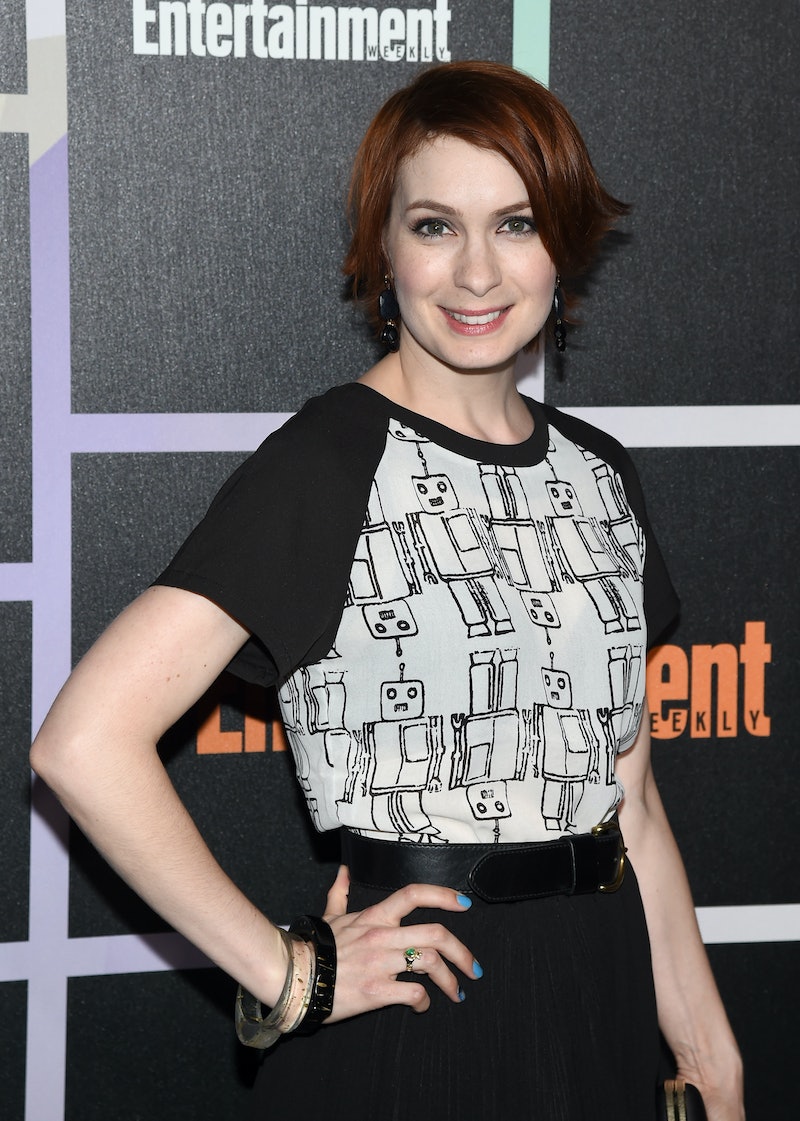 At this point, the fact that a woman who spoke up about the injustices of GamerGate was immediately "punished" for using her voice is not a surprise. In fact, it's one of the major symptoms the movement's taken on. So when the reaction to Felicia Day's post on GamerGate immediately included the leaking of her personal information, disbelief was not the operative word. It was very, very believable — Day even saw it coming.

Day, whose career has been built on the gaming world through web series like The Guild and her channel Geek & Sundry, acknowledged the deep fear she felt in writing about the movement that's sent women literally into hiding. "Why have I remained mostly silent?" she wrote. "Self-protection and fear."

I have been terrified of inviting a deluge of abusive and condescending tweets into my timeline. I did one simple @ reply to one of the main victims several weeks back, and got a flood of things I simply couldn’t stand to read directed at me. I had to log offline for a few days until it went away. I have tried to retweet a few of the articles I’ve seen dissecting the issue in support, but personally I am terrified to be doxxed for even typing the words “Gamer Gate”. I have had stalkers and restraining orders issued in the past, I have had people show up on my doorstep when my personal information was HARD to get. To have my location revealed to the world would give a entry point for a few mentally ill people who have fixated on me, and allow them to show up and make good on the kind of threats I’ve received that make me paranoid to walk around a convention alone. I haven’t been able to stomach the risk of being afraid to get out of my car in my own driveway because I’ve expressed an opinion that someone on the Internet didn’t agree with.

HOW SICK IS THAT?

And when she posted it, exactly what she feared happened.

As The Mary Sue points out, this is still mainly happening to women:

GamerGate is still claiming to be a movement rooted in the fight for journalistic ethics, but here's the thing: It's lost its ability to ever really be about that at this point. Everything is too far gone. Too many women have been hurt and violated, too much has been laid raw about the dynamics of the community from which GamerGate crawled. There's no diverting it to being about anything but that. Too much has happened.

In the words of on salient tumblr, f*ck this sh*t.