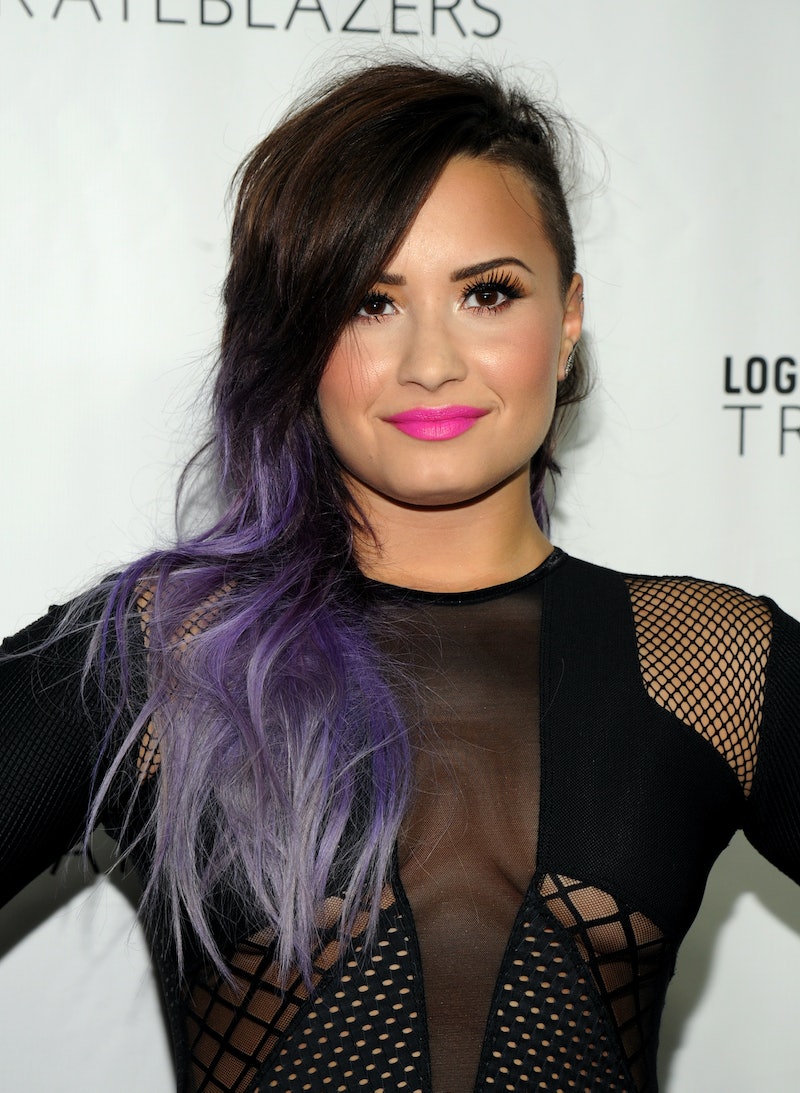 Following in the tradition of her empowering messages for fans, singer and actress Demi Lovato says she doesn't have time for women haters and that they can leave their bad attitude at the door — or better yet, just don't talk to her at all. In a recent interview with ET Canada, Lovato opened up about her stance on those who showcase women in a bad light and how she hopes to help others find themselves, which should come as no surprise, since she's all about sending a positive message nowadays. Currently on her Neon Lights tour, the singer is promoting her new album by spreading her message of "inspiring women and inspiring everybody to be honest."

When it comes to lifting up women, Lovato doesn't take it lightly. Like Alyssa Milano who just slammed others for "shaming women," Lovato also has some choice words: "Don't f--k with me if you're going to say women suck." The direct response stemmed from Lovato being asked about her "good friend" Taylor Swift saying that her music in analyzed more than that of male singer-songwriters to see if it is indeed about former flames. For Lovato, that's just sexist.

The "Really Don't Care" singer is not one to mince words, after all she's been very honest about her addiction, cutting, body image, and depression struggles. Lovato wants people to realize they need to make good decisions regarding their friendships, relationships, and life.

"One lesson to learn is that you have to be able to tell the difference between yes people and no people," she said adding, "because if people are handing you drugs do they really care about you? That's what I had to learn the hard way."

Today, Lovato seems to be in a good place. And in addition to her positive attitude, she's still dating Wilmer Valderrama! They might coordinate their Halloween costumes this year: "I think this year, yes. It's never happened really in the past, although... our costumes end up matching."

I applaud Lovato for her truthfulness, bluntness, and unapologetic ways. I admire a young woman who's not ashamed to admit her mistakes, learn from them, and give a helping hand to those suffering from similar situations. Also, anyone who stands up for women is good in my book.

As Lovato said, "You have to realize your worth is so much more than putting s--t up your nose."