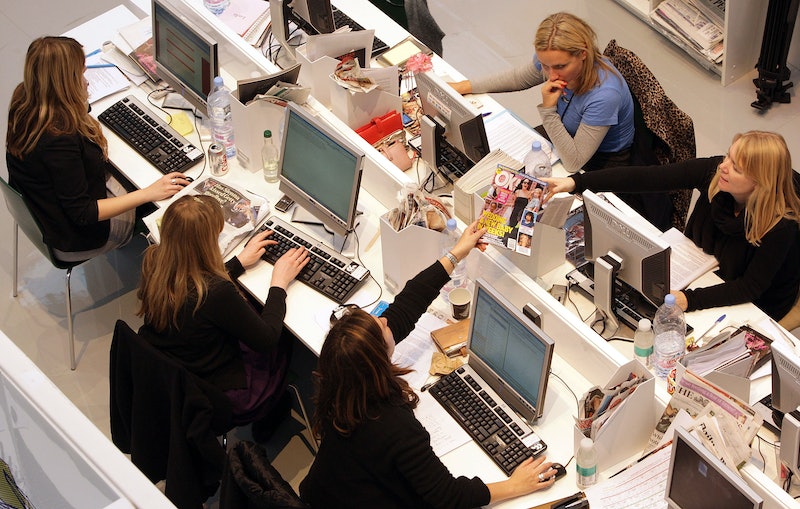 Welcome to the United States of America where, for some reason, people don't like to take time off. In a recent study reported by CNN, it turns out that Americans are taking the fewest vacation days in 40 years, and in 2013 workers collectively gave up $52.4 billion worth of time-off benefits, and 169 million days of paid time off (PTO). Yeah, you read those numbers correctly — people spent 169 million days (which translates roughly to 463,000 years, which translates roughly to 4,600 centuries) working at essentially no cost to their employers, doing it willingly, and probably making their lives worse in the process.

Some of the rationales U.S. workers used to justify not taking PTO included fear of being seen as a slacker, fear of appearing uncommitted to their work, fear of the pile-up that might happen if they leave, and a free-floating anxiety some workers claim comes with not being productive. All of these concerns lead back to one giant problem — stress. Intuition would say that not taking time off work should lead to stress, but more and more Americans are saying that the opposite is also true. So we're stressed when we're working, and we're stressed when we're not working. Which, of course isn't good, because stress can, you know, kill us.

Think that sounds dramatic? Turns out, stress can actually take years off our lives, not to mention it makes us more susceptible to diseases, can cause our hearts to fail, and cripple cells all over our bodies, including our brain cells. AsapSCIENCE describes these alarming effects best:

Personal health should always be top priority when it comes to taking time off, but there are a myriad of other reasons if you still need convincing. Spending time with people you love and fostering human relationships is a benefit that comes with taking time off. Pursuing non work-related passions you can't do sitting at an office is another. Vacation days exist to be enjoyed, and to remind us that there actually is life outside the office — it's a time for people to just step back and take a breather. Plus, as CNN points out, taking days off can actually make you more productive, increasing your job performance by as much as 80 percent when you do return to work.

None of this is to say that your job can't be fulfilling. In fact, in 2013, 30 percent of workers in the U.S. reported they were happy with their jobs, some of the highest numbers in the world. Think about how much higher that percentage might be if more people actually took a moment to step back, de-stress, and unwind. So if you're one of those people who hasn't taken a day off since who knows when, take a break, go outside, and make sure to plan that vacation to the Bahamas you've always been dreaming of. Seriously, you deserve it.