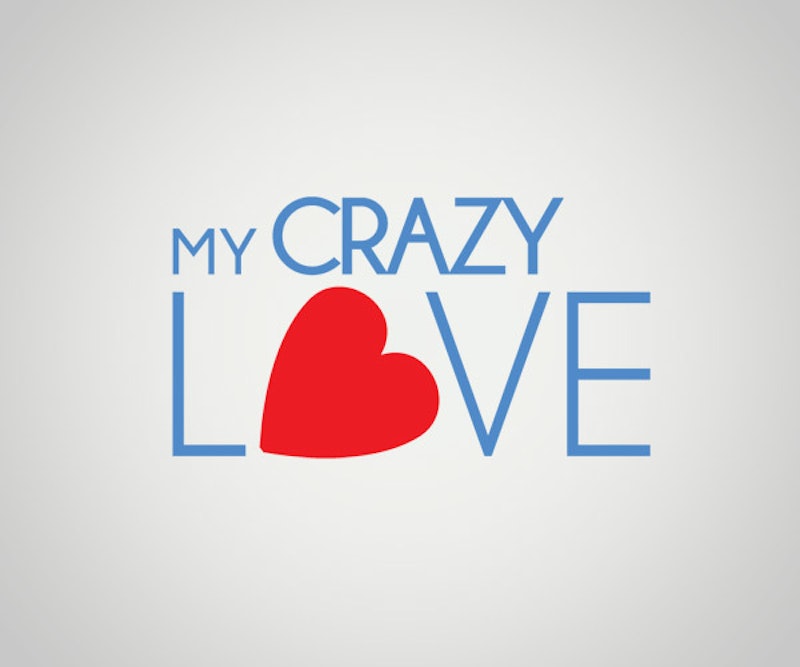 We've all done crazy things for love, which is what Oxygen's new show My Crazy Love focuses on — all of the crazy things women have done for love. The new anthology features "real people" (women), who tell their crazy stories about what they've done to win over someone they love. The stories are paired with dramatizations — like those old fake hospital shows you used to watch — for added effect. And while some of the stories are funny, and some concerning, it seems like they are extremely one-sided, which raises the question: Why is the show representing only women doing these "crazy things"? Do men not do crazy things too?

There is no doubt that women have done some crazy stuff to win over someone they are attracted to, just read these 17 regrettable things women revealed to Bustle. In the premiere episode, two women tell their stories, one being a celebrity — Adrienne Bailon, and no her story isn't about Rob Kardashian... unfortunately — and the other being Tina, from Alaska. Both women reveal that they lied and deceived the men in their lives to win their hearts. Bailon, for example, continuously lied about things she liked to keep dating her current boyfriend — she even ate tomatoes (gasp) and jumped out of a plane for him (OK, that second one is actually scary).

While the concept is fun, it seems like we should also see men reveal all of the crazy things they've also done for love, just to be fair. If not, it seems like women are the only ones who have done something "crazy" for love, which doesn't really represent our gender in the best light. Women are not the only one's who have done something insane — possibly illegal — for love, and Oxygen should not misrepresent that.

The argument could be had that the show is aimed at women, so that is why women are telling the stories. But, as a woman, I would say that I would enjoy it more if it were a combination of both genders. I have friends, I know the crazy shit people do to get a guy to like or notice them... I want to hear the stories men have too!

Let's hope Oxygen and My Crazy Love include stories from both men and women in future episodes, representing a wider audience, and not simply reinforcing the damaging notion that women are "crazy" when it comes to relationships.