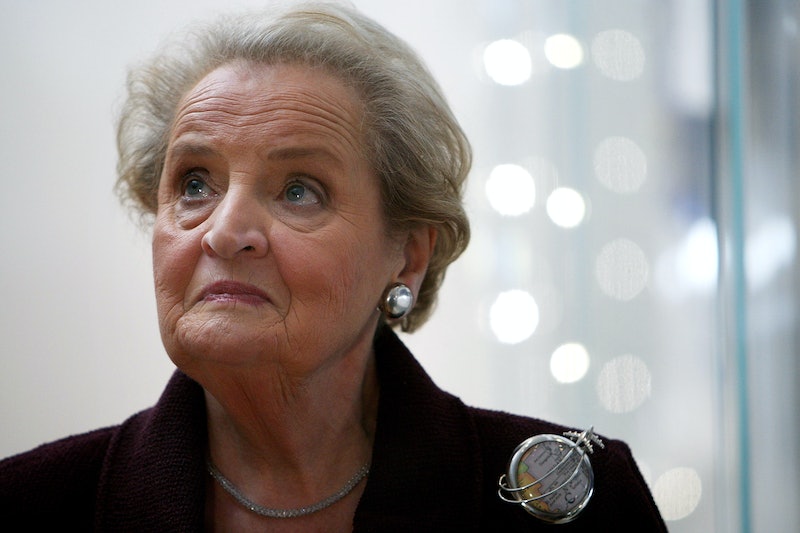 Remember that time former Secretary of State Madeleine Albright guest starred on Gilmore Girls as dream-world Lorelai Gilmore? We've always known this woman's got some great (and weird!) surprises up her sleeves. Today she pulled out her great sense of humor on twitter. Madeleine Albright and just won everything in this interaction with Conan O'Brien, handing the comedian a bit of his own medicine.

I'm not often for the ridiculing of other peoples' looks, but what I am all for is for amazing, historical ladies handing comedians back just what they dish out. I just want to take a nap in this tweet, basically, and during that nap I want to have dreams of me and Madeleine Albright as Avengers, kicking all who defy us in the face or at least having really good comebacks to them on twitter.

O'Brien seems pretty psyched about the situation, too:

And lest we forget: