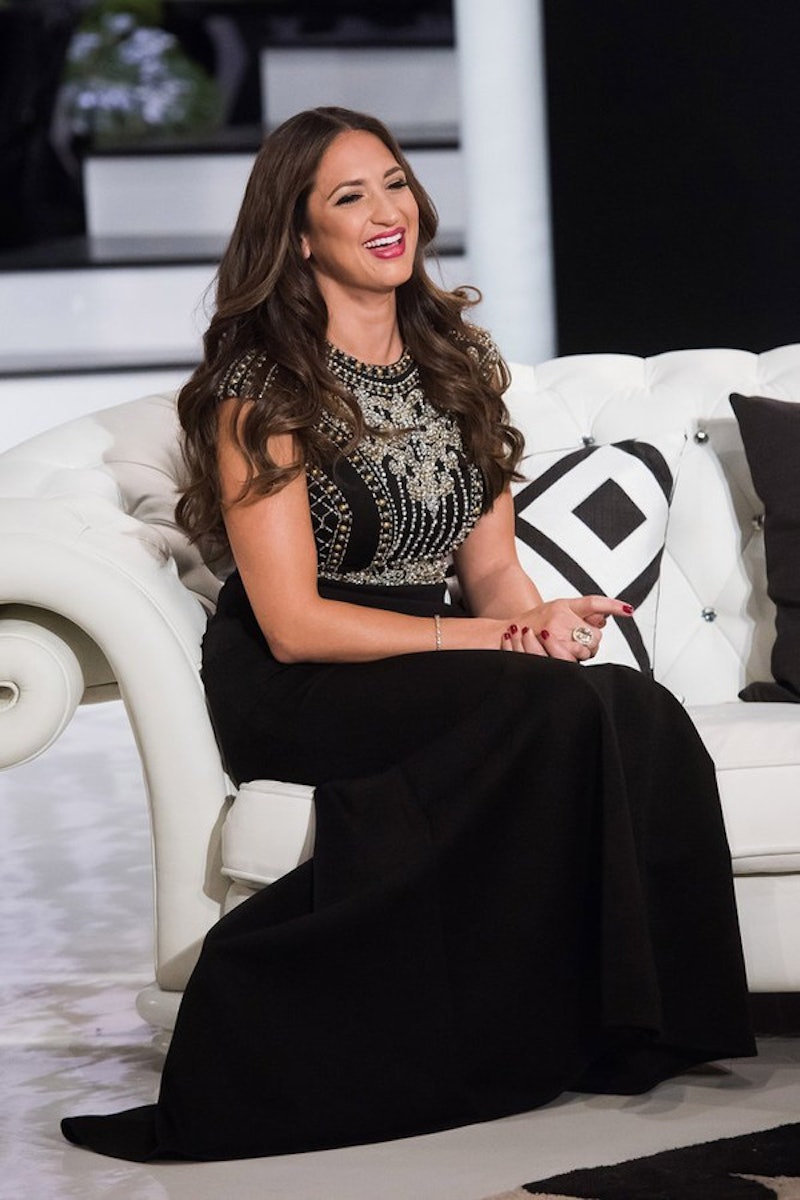 With the reunion episode for this season quickly approaching, many of us are wondering who will return for the seventh season of The Real Housewives of New Jersey . Housewives tend to come and go, and this season saw the addition of three new cast members: the twins Teresa Aprea and Nicole Napolitano, and their friend Amber Marchese. Amber's husband Jim quickly became an enemy of most of the other Housewives, but what does that mean for their possible return? Best-case scenario for the veteran housewives is that the drama queen and her spitfire husband don’t return, but we all know it could go either way. There is no evidence yet that says whether or not Amber and Jim will stay for RHONJ Season 7, but Bravo loves its drama and if Teresa Giudice continues to (understandably) focus on her legal issues and family instead of RHONJ craziness, Amber is a shoe-in for Season 7.

When the three-part reunion airs on Nov. 2, some serious secrets will be revealed and will hopefully clear up some questions as to who’s in it for the long run. But promos already suggest that it might be Teresa’s last reunion. According to the preview, Teresa’s conviction and Jim’s beef with the housewives and their husbands both get dealt with. So who stays and who goes?

The Marchese couple makes for an interesting watch, because they bring a RHONJ husband into the mix more than ever before. After only one season, Jim has proven himself plenty worthy of reality TV. For one thing, he is certainly getting the hang of creating on-screen drama, since he’s had beef with almost everyone on the show. Dina Manzo, the twins, and the recently convicted Teresa Giudice surely wouldn't be too happy to see him return, but it has to be about the fans.

Jim’s behavior is the epitome of what makes reality shows so addicting. He’s the guy you love to hate. He brings the drama, for one thing, but he also plays the part of loving husband. In Amber’s post-season blog, she called Jim her “modern day Spartan warrior,” which is a pleasant “aw” kind of moment in the midst of her description of feeling hazed throughout the season. Despite the drama that was plentiful enough to scare even the toughest Jersey girl off, being on a reality show had one up-side for Amber: she got to witness her husband’s truly unconditional love. You just can't help but feel for the couple. Clearly the man is willing to unleash hell on anyone who threatens his wife or children, regardless of the cameras or any other circumstances.

For now, the cast of Season 7 is up in the air. However one thing I do know is that if the Marcheses don't make it back to RHONJ, Bravo can expect a strongly worded letter about their lack of judgement.