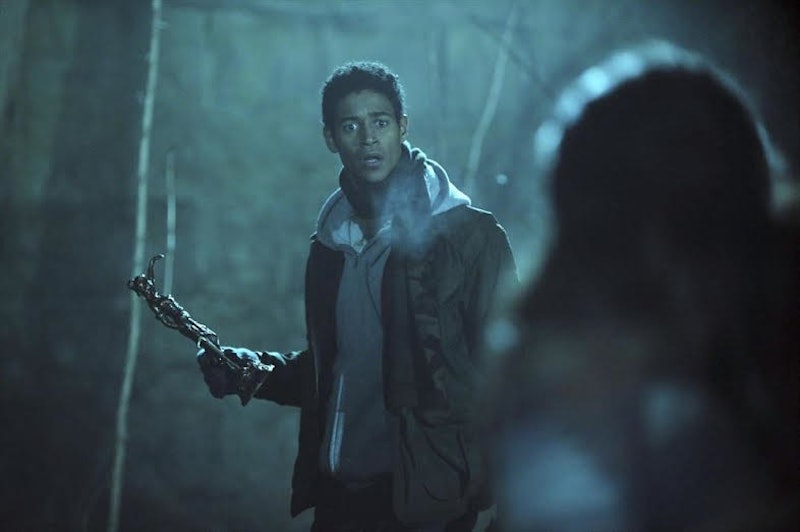 Each episode of ABC's big hitter, How To Get Away With Murder , always throws me for a loop in the final moments of the hour. It's kind of Shonda Rhimes' thing though, the huge WTF moments at the last second, so I don't mind them that much. Last Thursday's final moment — you know, the nine words you won't believe — was pretty shocking when HTGAWM's Annalise asked Sam Keating why his penis was on a dead girls phone (obviously). So when Thursday's episode ended with Wes realizing that Annalise was covering for her husband, things got a little interesting.

When Annalise called Rebecca into her office to discover if she knew Sam's face from being friends with Lila, it was pretty obvious Rebecca had some idea that she wasn't really there for a psych exam. After all, Sam asked way too many penis pic questions for a psych exam (Annalise should have better prepped him on that). So at the end of the episode, when Rebecca asked Wes if he knew that Annalise and Mr. Darcy (Sam Keating) were in on it together, Wes — understandably — stormed to Annalise's house to confront her (and look at the bathroom wallpaper).

With that, it seems like Rebecca is on the run. Why wouldn't she be? As far as she is concerned, her lawyer is protecting the guy that she thinks murdered her friend (after all, in her psych exam, she said she thought "Mr. Darcy" was her killer). But in the preview for next week, it seems like Wes is on a mission to get her back in town, and is ready to do just about anything to get her back. And in this case, anything includes blackmailing Annalise Keating.

In the preview, Wes tells Annalise that she better do everything she can to get Rebecca back, and if she doesn't get Rebecca back, he is going to turn in all of the information he has and reveal everything he knows about Sam Keating's affair with Lila — and how Annalise also knows about it. It is only a matter of time, too, until Wes learns that Sam doesn't have an alibi for where he was the night of Lila's murder.

So is blackmailing your professor — and a very powerful, ruthless lawyer — the best way to get ahead? For some reason, with Annalise, I think it is. I feel like Annalise will respect his strength and perseverance, just as long as it doesn't screw her over in the long run.