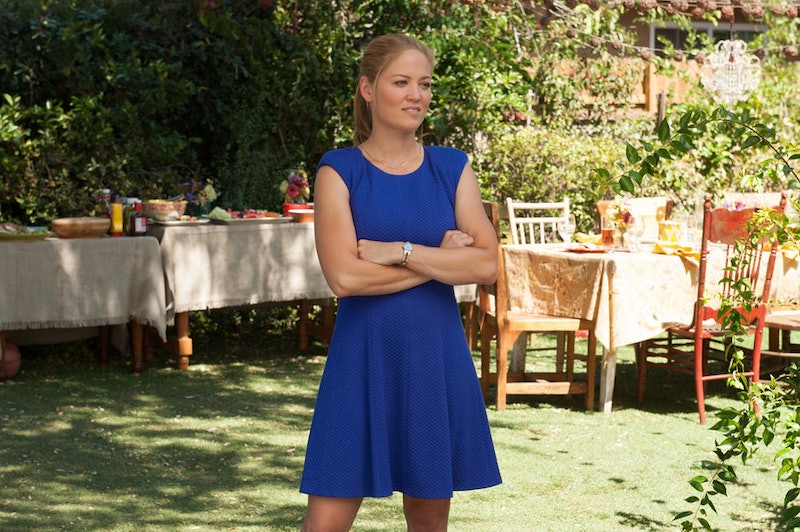 So, remember that time I said that there still may be hope for Joel and Julia on Parenthood ? I may have been over-exaggerating it a little. Or a lot, actually. Ugh. OK, here's the thing — as much as I hate to admit it, Thursday night's episode "The Scale of Affection Is Fluid" strongly hinted at the fact that Julia is leaving Joel for good. Because things seem to be going extremely well in her current relationship with Chris, who found himself right in the middle of a Braverman family barbecue, which poor Joel just happened to witness. So, you know, awkward. Naturally, Joel decided to confront Julia at work about this, furious with the fact that their kids are being introduced to "whoever Julia is sleeping with that week," or something to that effect. Which, I gotta say was a pretty low blow on his part and completely unfair.

Granted, he was angry and it was a comment said in the heat of the moment because he was hurting and afraid of losing his family. In fact, I'm sure part of him was internally blaming himself for creating such a barrier between them. But it was still wrong to say, though and I can't completely erase it from my memory. So as much as I've always been Team Joelia, I'm starting to wonder if it's for the best that they're not together anymore.

I know, I know — I can already hear your cries (and curses) of protest, but this 'shipping pair's prospects have never looked bleaker. And Julia always seems so happy with Chris, which — after seeing her so unhappy for so long — is a nice change of pace. So with only a handful of episodes left, it may be time to let that ship sail. Plus, one of the tragic/greatest things about Parenthood is the fact that it's so attuned to real life problems. And since not all marriages work out in real life, Joel and Julia's crumbling relationship may end up reflecting that fact. Sorry, folks, but I'd stock up on tissues if I were you.