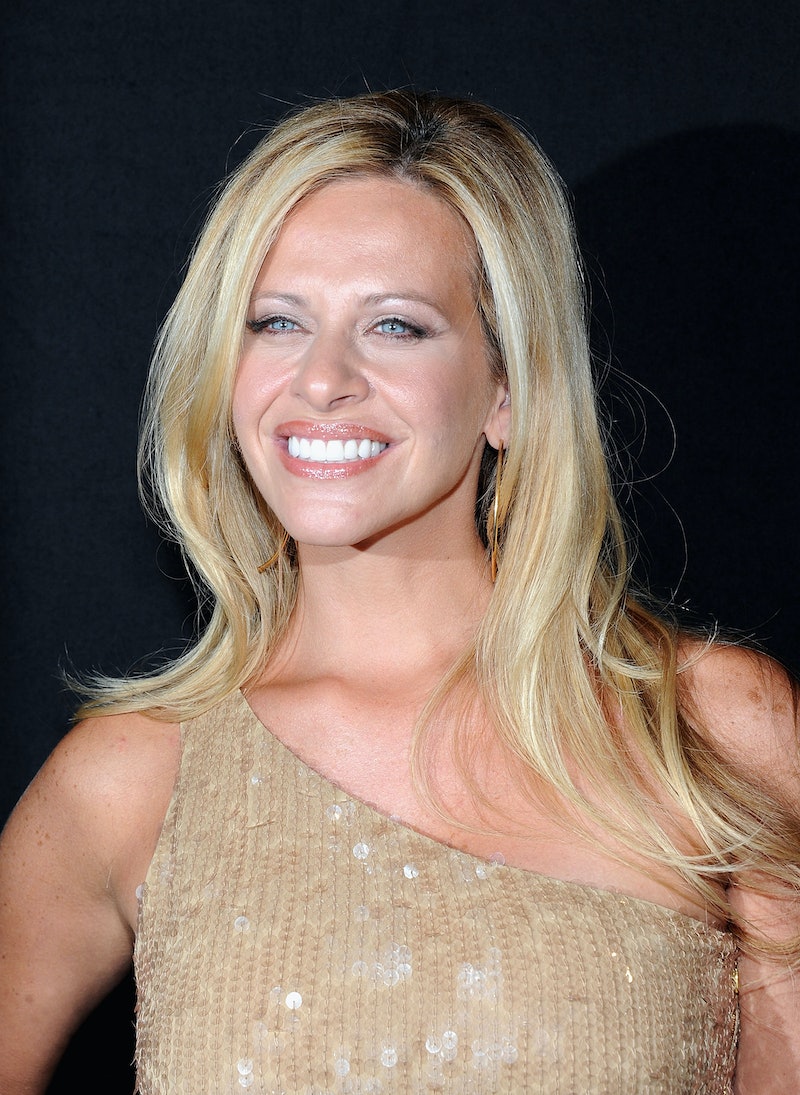 There were a lot of cheers from Bravo devotees when Dina Manzo announced she was joining The Real Housewives of New Jersey in Season 6, returning to the show as a full-time cast member after leaving during Season 2. And although everything between the ladies of RHONJ seemed to end just fine after last week's finale at Dina's Project Ladybug fundraiser party, it may not have been any of her fellow full-time Housewives that affected whether or not Dina will return for RHONJ Season 7.

Dina has made it clear from the beginning of Season 6 that she has no desire to talk about either her sister Caroline Manzo or sister-in-law Jacqueline Laurita, who both left the series after Season 5. Dina rolled her eyes in this season's premiere when producers try to ask her on camera about her sister, and refused to say anything on the matter when she was asked during an E! news interview if anything had changed between the women.

I'm just done talking about it. I think the more we talk about it in the press, the worse it's going to get. I'm kind of done. This week I'm doing the press junk and that's it. I don't want to mention it again because I think enough people have been through it and now it's time to stop talking about it.

But even if Dina didn't want to talk about, Bravo sure wanted at least one of her family members back on RHONJ. Jacqueline returned to the show as a guest this season, but never interacted with Dina. One of her scenes was part of the finale's flash-forward, when she watches the news about former friend Teresa Giudice's prison sentencing and sobs "I feel like it's not real."

Dina was reportedly furious when she heard her sister-in-law was back in the RHONJ fold, and a source told Fashion & Style that Dina wouldn't have even returned for Season 6 if she had previously known Jacqueline would be appearing on the show, adding that Dina "does not get along with Jax at all and she is mad that she's been put in this position."

Well, it looks like Dina has made her feelings loud and clear to anyone who wants to hear them. Although there has been no official announcement that Dina is out, she spoke bluntly on Twitter when a fan asked if she had any interest in returning for Season 7.

But no matter how much fans are dying to hear on the matter, it seems Dina is sticking to the rule she told E! News way back in July: she's just not going to talk about it. A fact she made perfectly clear with this retweet:

Let's hope someone at Bravo can change her mind before it's too late, and we're stuck with a completely Manzo-less season of RHONJ.