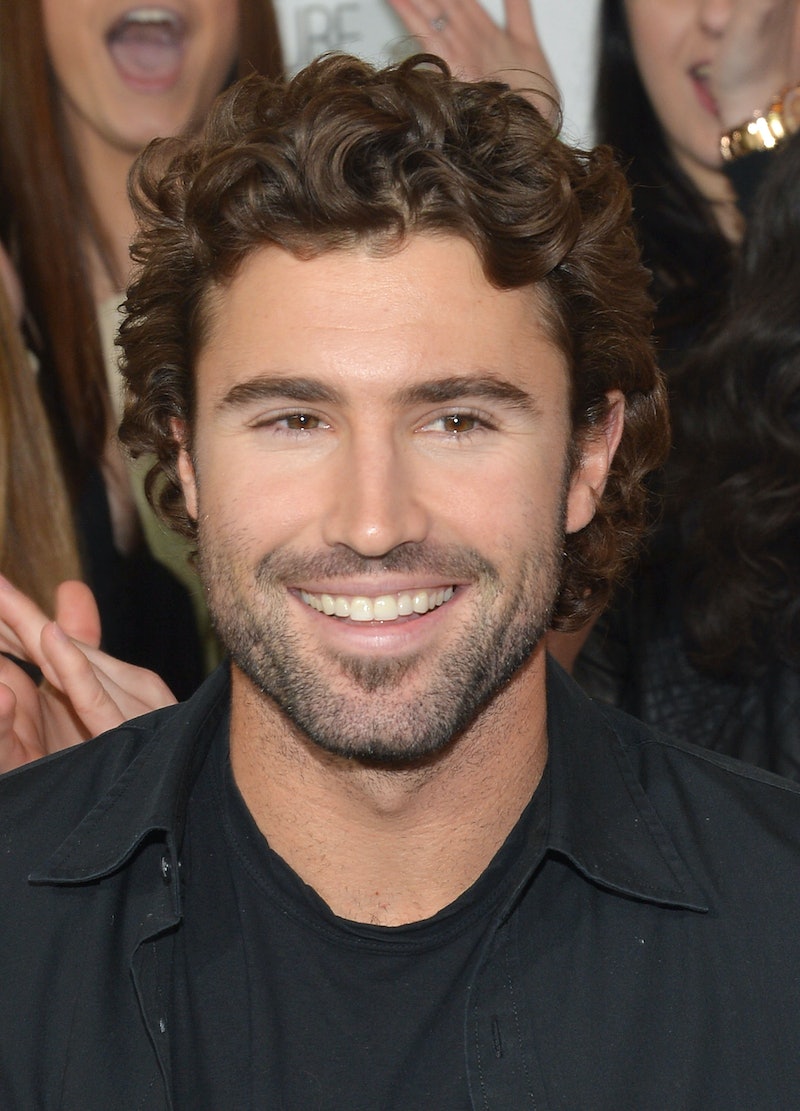 You aren't the only one who legitimately can not sit through the entirety of the Matthew McConaughey Lincoln commercial. I, too, get the heebie jeebies when he sexily, aloofly, and I'm hoping unintentionally, seduces the poor cameraman sitting next to him in that Lincoln. In fact, I think the Lincoln itself felt sort of uncomfortable being the host for the whole sordid affair. Well, anyway, there's a new person joining the ranks of McConaughey-Lincoln dissenters. It seems Brody Jenner picked up on the sexual undertones of the commercial, too. So much so, that he went ahead and replicated it. Except with Calvin Klein underwear. In dim candlelight.

He starts out strong, talking in McConaughey's husky, enticing voice, passionately speaking to the camera about his love of underwear. "I've been wearing my Calvins long before anyone paid me to wear them. I didn't do it because it was cool, I didn't do it to make a statement, I just liked them," Jenner whispers mirroring the lines from the McConaughey ad. He does a wanton look over his shoulder, and even goes so far as to show us his "Calvins" as he zips up his pants (thank you for that, by the way). It's perfectly executed and the monologue seems way more appropriate in this instance than with the whole car advertisement thing. He also goes so far as to caption it, "#mycalvins - I just like them. #Sponsored @CalvinKlein. #showyours @caitbarkerr."

Check it out for yourself:

And here's the McConaughey ad for comparison purposes:

Of course, text doesn't really convey sarcasm effectively so I'm not really sure if Calvin Klein actually sponsored this or not, but if they didn't, they sure SHOULD. I think I can already hear the people running in droves to go pick themselves up a pair of Calvin Klein underwear and then lining up in Times Square to see the billboard of Brody in all of his greatness. An ingenious and hilarious plan on Jenner's part. I mean to not share that sort of beauty and humor with the world would be a crime, wouldn't it?