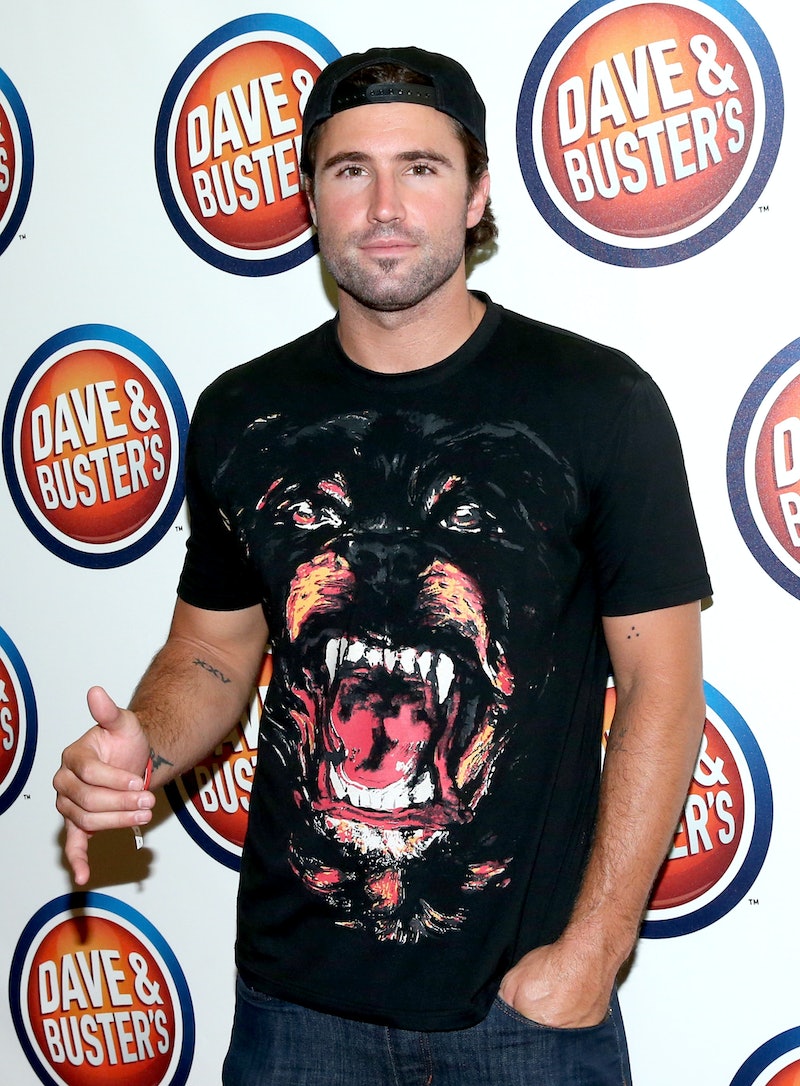 While reports have been swirling around the blogosphere left and right claiming that Bruce Jenner decided to pull the cold, cold move of dating his soon-to-be ex-wife Kris Jenner's (I assume former) bestie, Ronda Kamihira, there, strangely, hasn't been any comments from the Kardashian family, Kamihira, or Jenner himself. For a family that's dedicated most of their waking hours to putting it all out in the open, it seemed a little strange — and quite frankly, a little damning in Jenner's case — but could it have been that the reason for that this entire time is that the rumors simply just aren't true? According to Jenner's own son, yes: In a new interview with Life & Style, Brody Jenner told reporters that Bruce Jenner is "not dating" Kamihira, and that the two of them have been friends for just as long as Kris and Kamihara have been.

"From his son's mouth: He's not dating ... My father is the greatest person in the world," Brody reportedly said. "Just think about it: he's been friends with this woman as long as Kris has."

While it's often said that every rumors has at least one kernel of truth in it, I gotta say, this would make sense: No one's commented on the rumors so far (apart from Kris basically saying she has no clue about his personal life), and if Kamihara and Kris were close, it's not crazy to assume Jenner would have known her for years as well. Perhaps those photos of the two out together were just innocent? Plus, considering Brody is Jenner's son, I'm sure he'd know who his father is dating.

On the other hand, there have been a lot (and I mean a lot ) of rumors stating the contrary, so it's also possible that Brody is attempting — in his own, subtle way — some damage control for his father's sake. Dating the best friend is a cold move, so it's not like Jenner doesn't need it. At this point, the situation could go either way.

At least one thing is for sure right now: This drama is way more interesting than anything on Keeping Up With the Kardashians lately.