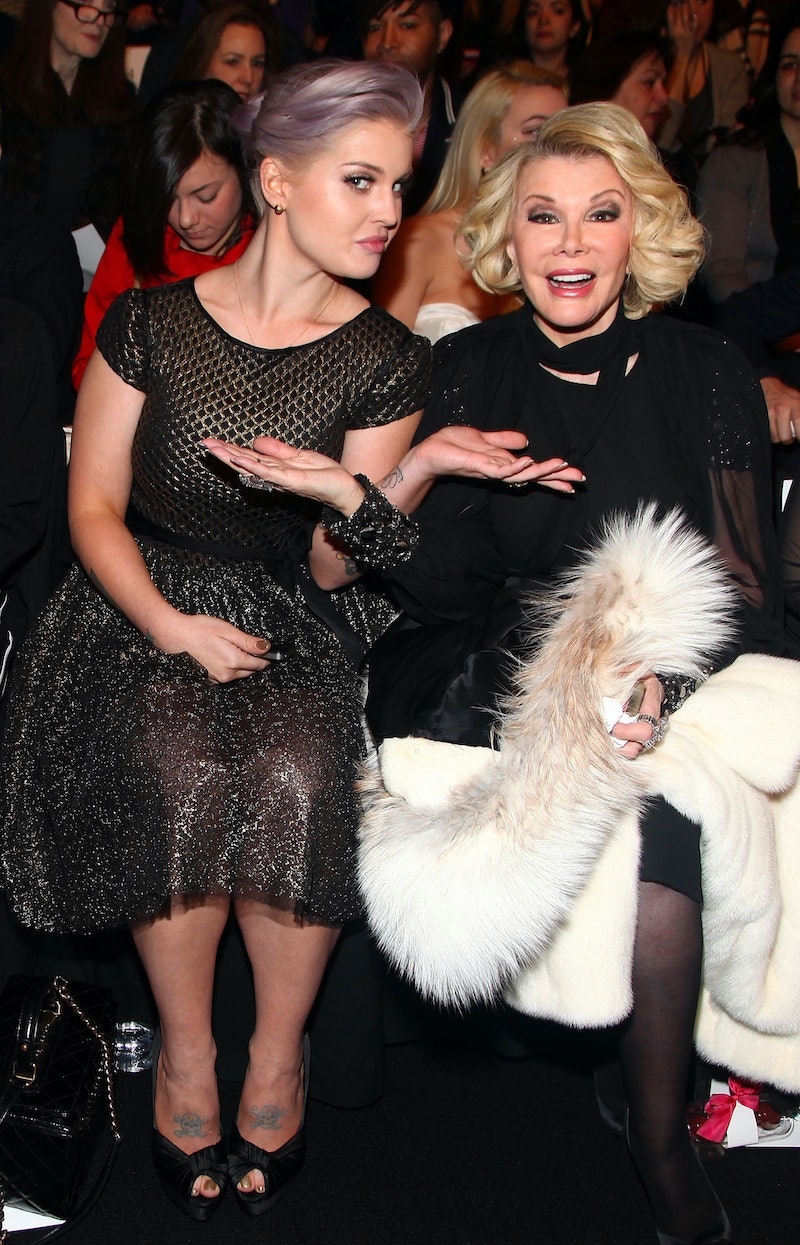 I dunno about you, but I am still pretty much reeling from Joan Rivers' sudden passing last month. I had even been planning to go see her comedy show next month. Her Fashion Police co-hosts are also still grieving, understandably so, from Rivers' unexpected death, but they are not wallowing in the sadness. Instead, Kelly Osbourne memorialized Rivers with a tattoo and it's seriously the sweetest thing ever. It's a celebrity tattoo of a celeb. How meta and how seriously and honestly awesome.

It's a Joan Rivers tattoo... sort of. It's not a Rivers' portrait or anything like that. Instead, it's a symbol that reminds Osbourne of her late, great pal.

It's worth mentioning the fact that Osbourne, who is launching her own clothing line, has been lasering off her old ink, which is painful and leaves a mark. That said, she isn't giving up on tattoos completely and she added a new piece because it's supremely special. This tattoo tells a poignant story about Rivers.

Osbourne got a bumblebee notched on her right shoulder, noting that the bumblebee is a miracle of science and a defier of the odds, much like the late comedienne. Rivers was a ballsy broad, and I mean that in the best way possible. I bet she'd love the fact that Osbourne will carry her around and closer to her heart in this memorialized way.