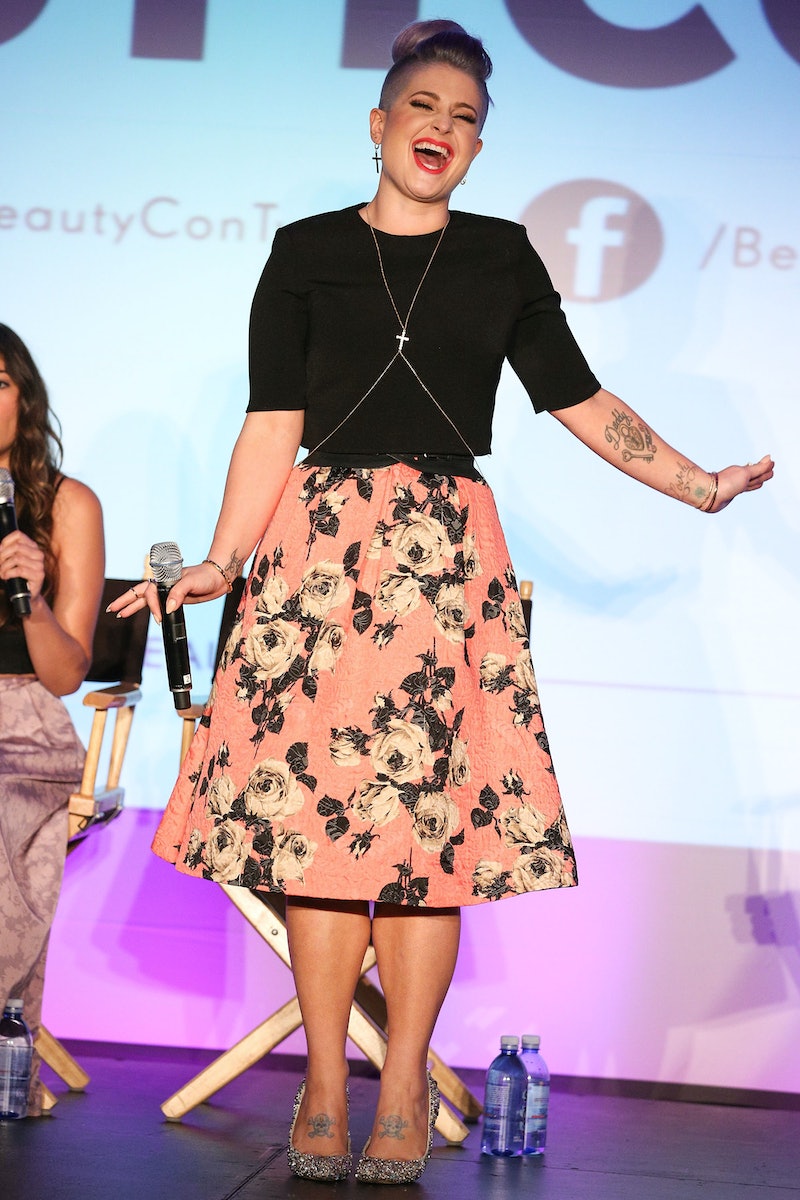 As a host of Fashion Police, Kelly Osbourne has to be on the cutting edge of fashion with her everyday wears, but the reality star and First Daughter of Heavy Metal is taking her love of clothes a step further with her brand new clothing line, which she has christened "Stories…By Kelly Osbourne."

Osbourne's line launches on September 25 on HSN. It's the first volume of her Stories, which will cater to petite and plus size shoppers, (along with everyone in between) with sizes running from 0 to 24.

She is admittedly not trying to be the next Alexander Wang or Olsen Twins with Elizabeth and James, either. She isn't looking to reinvent fashion, but rather hopes to make it more accessible for real girls.

In essence, she wants to level the playing field. With her experience, her bangin' personal style, and her A-list associates, from her co-hosts to her besties to Lady Gaga, with whom she once feuded, Osbourne has all the right tools to create a sustained, successful apparel brand.

Osbourne even tattooed the word "Stories" on the side of her head in what feels like the ultimate promotional move and that which demonstrates how close this collection is to her heart. Only Kelly O. could pull off a head tattoo with a purple faux hawk and shaved sides, mind you.

"My mission is not to be the number-one fashion designer in the world," the outspoken Brit told WWD. "I'm not trying to change or come up with anything that people haven't already done. I'm just trying to make fashion fair and make good quality basics available to all women."

That's a noble cause, one I can get down with.

Osbourne explained the impetus behind the name. It's a simple yet beautiful and sentimental concept. Your clothes have a story and represent a life lived; that is, your life. Like that sweater you wore on your first date with your now-fiance. Or the dress you wore when you got your first post-college job. Or even the scarf your bought with your BFF before she moved to Europe. Like scent or a song, a piece of clothing can transport you to the memory tied to the most special time during which you wore it.

Osbourne is also launching a website where fans can shop and then share their stories and their history tied to wearing these pieces. She wasn't kidding when she spoke about making fashion more communal and, in this case, communicative!

Osbourne's concept is original and it's relatable. I'll give her that much. But what about the clothes themselves? Yep, they are insanely wearable.

Think H&M with a side of Topshop, but run through a Kelly Osbourne, rock 'n' roll filter.

The color palette is largely black and white, with cute jumpsuits, pencil frocks, a Union Jack dress, and more. It's comprised of basics and pieces you want to pair with other items you already own, further creating your own style story.

High-waisted skirts, minis, blazers, and both going out and office-appropriate pieces abound.

Judging from the sketches, Kelly Osbourne isn't committing any sort of fashion crime with her line. In fact, it's quite the opposite. No need to sound the Fashion Police alarm.

But my main question is this: What will her big-mouthed co-host Joan Rivers think? That's the billion dollar curiosity.

PS: Years ago, Osbourne had partnered with a friend for a short-lived line called Stiletto Killers, which offered up fitted, femme hoodies and other basics. I owned one of the hoodies and lurved it unconditionally, so I'm ultra-pumped for this new collection.