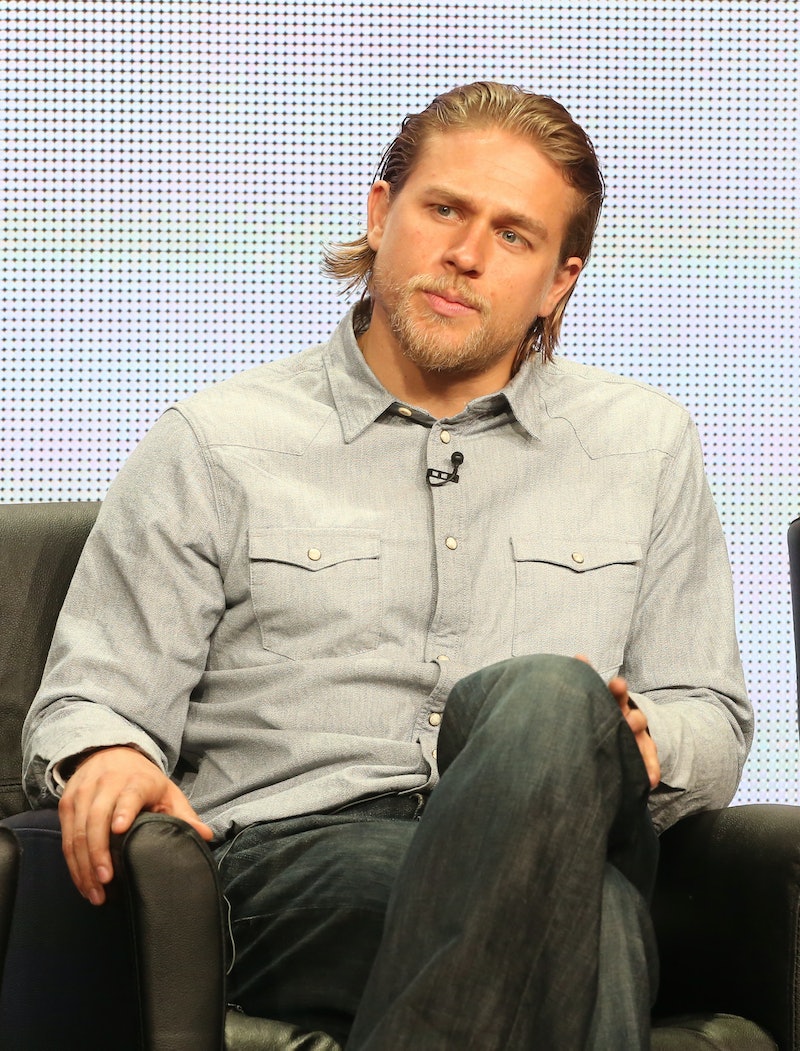 This headline is antagonistic, but let me preface this whole thing by saying: I support the choice to love the Fifty Shades of Grey series with all your heart. I cannot, however, support the decision to use Change.org, a petition site created to overturn social injustices, to combat the casting of two perfectly cable actors — Dakota Johnson and Charlie Hunnam — in a movie that I still don't think can be made without at least a NC-17 rating. "We Want Matt Bomer and Alexis Bledel as Christian Grey and Anastasia Steele in 50 Shades" really doesn't go alongside petitions to ensure that Waffle House employees make minimum wage. Someone's priorities are a little askew.

That's not to say that either of the Change-dot-something petition sites breeds 100 percent legitimate petitions. For a while, there existed one bid to change the National Anthem to "Ignition: Remix" by R.Kelly on President Obama's Change.gov. But at least that would have brought people together. (Turn that song on in any bar in America and I challenge you to find one person who doesn't know the words.)

Select Americans are writing up bogus petitions all over the place while the rest of us are worried about raising the minimum wage, the President's plans for Syria, and, of course, what North West's baby dress code is. But this Fifty Shades one takes the cake, not just because it's so clearly unworthy of being petitioned; it's also totally uncalled for.

Sure, the petition is an abuse of a social change tool, but it's certainly not the first or the last instance of that. The problem is the goal of the petition itself. The ink on those Fifty Shades movie contracts is dry and Johnson and Hunnam need these roles to catapult their still sputtering spotlights. This is happening. Deal with it.

Secondly, did we not read the same book? Is it not about a domineering S&M master who entices a young, naive college girl into his Red Room of Pain? Bomer is brooding and handsome, like the Twilight stud Christian Grey is based on, but he doesn't exactly scream "Potentially dangerous man with a room full of whips and vices." Now, Hunnam on the other hand is a man who we've seen take control — who's been dangerous and mildly threatening as Jax on Sons of Anarchy. Put him in a suit and tie and he is the taste of danger that these books tease.

As for Johnson, what could she possibly do wrong? Anastasia Steele is about as unique as a daisy. Sure, Johnson is blonde today, but anyone who's familiar with Lindsay Lohan or Britney Spears knows hair dye is a very real thing. Give her the correct shade of hair, put her in college co-ed duds, and throw Hunnam's Christian Grey at her and trust me, it will be just as sexy as that time Ana ate asparagus seductively for Christian or that the many times she expressed sexual gratification by yelling "Holy cow!" It will be just fine.

There is one upside to this ridiculous act of free speech, however. That composite movie poster is an absolute work of Photoshop art. Credit where credit's due, right?