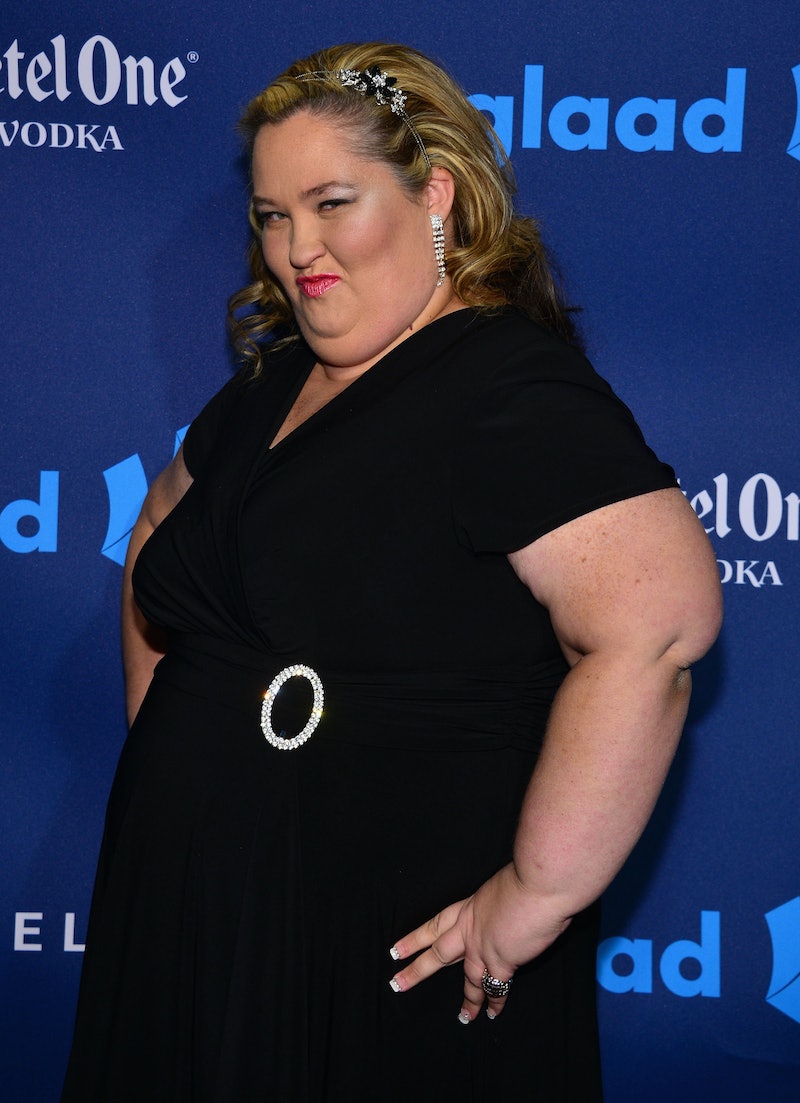 Only hours after TLC confirmed that they have canceled Here Comes Honey Boo Boo , effective immediately, in light of allegations that Mama June is currently dating a convicted child molester Mark McDaniels, TMZ is reporting that the network had some pretty solid reasoning behind their decision: More proof. According to the gossip website, TLC was able to conclude Mama June was dating McDaniels after finding proof that she was buying gifts for him, including a used car and other "compelling evidence." This was in addition to a photo that TMZ previously posted of the two together, which was allegedly taken two weeks ago in a hotel room.

Yikes. Though I was really hoping that Mama June's denial of the relationship was true — she released two statements on her daughter's Facebook page, one in video form, saying the rumors were false — it seems majorly unlikely to me that TLC would have canceled the series after it had been so successful for them if there wasn't good reason. Even if there isn't a relationship going on, the picture from TMZ of Mama June with McDaniels indicates that she clearly still has contact with the guy, and that's unacceptable, especially considering he was convicted because, 10 years ago, he molested an 8-year-old relative of Mama June's.

Mere contact on Mama June's part endangers the welfare of her kids, so TLC made the right call by canceling the show — the only thing that's important now is ensuring that the children are safe. (Thankfully, TLC has also promised paid-for tutors and counseling to work with the kids.)

TLC reportedly did film more episodes of Here Comes Honey Boo Boo for the upcoming season, but they will not be aired in light of the show's cancellation.