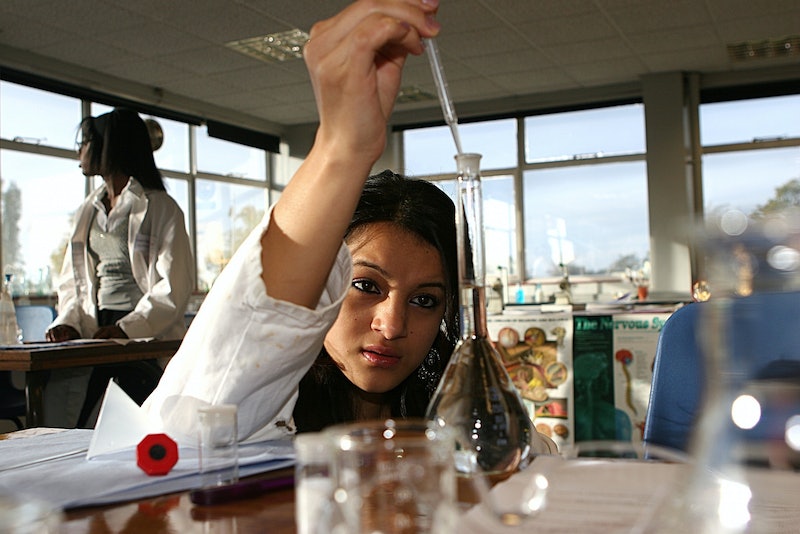 Has LEGO hit a turning point?

For years, the company has faced criticism of its far from gender-neutral products. In addition to only marketing special “girly” sets to girls while marketing the mainstream (and much cooler) sets to boys, LEGO also produces way more male minifigurines (or minifigs) than female minifigs. In fact only about 16 percent of all minifigs are female, and many of them are stereotypical to the point you almost wish they’d just not bothered at all.

But the latest batch of minifigs provides some hope. Included in the set is LEGO’s first female scientist, a Professor C. Bodin who proudly holds two beakers and wears no pink whatsoever. Her “bio” on the website states that she has won the “coveted Nobrick Prize” for her work, which appears to cover a wide range of fields from LEGO limb replacement to whatever is in those beakers.

With any luck, this marks a turning point for LEGO. True, LEGO has produced women in STEM fields before (the first female minifig was a doctor, and there were both male and female “scientists” in the FIRST LEGO league, but none of them wore lab coats nor carried scientific instruments and so were scientists in name only).

But Professor C. Bodin, with her lab coat, glasses, and decided lack of pink takes it to new level, especially since she, like all the minifigs in the latest LEGO series, comes blind packaged rather than marketed specifically for girls. After all, it’s not only important to show girls who play with LEGOs in spite of the marketing that they can be anything they want to be; it’s also important to let boys know that girls can be anything they want.

So keep on experimenting, professor. You’re already a trailblazer.

More like this
20 Christmas Movie Quotes That'll Get You In The Holiday Spirit
By Alexis Morillo
10 Organizations To Support On Latinx Women's Equal Pay Day
By Caroline Burke and Mia Mercado
These 7 TikTok Food Trends Defined 2022
By Alexis Morillo
Here’s Your Daily Horoscope For December 9, 2022
By Mecca Woods
Get Even More From Bustle — Sign Up For The Newsletter