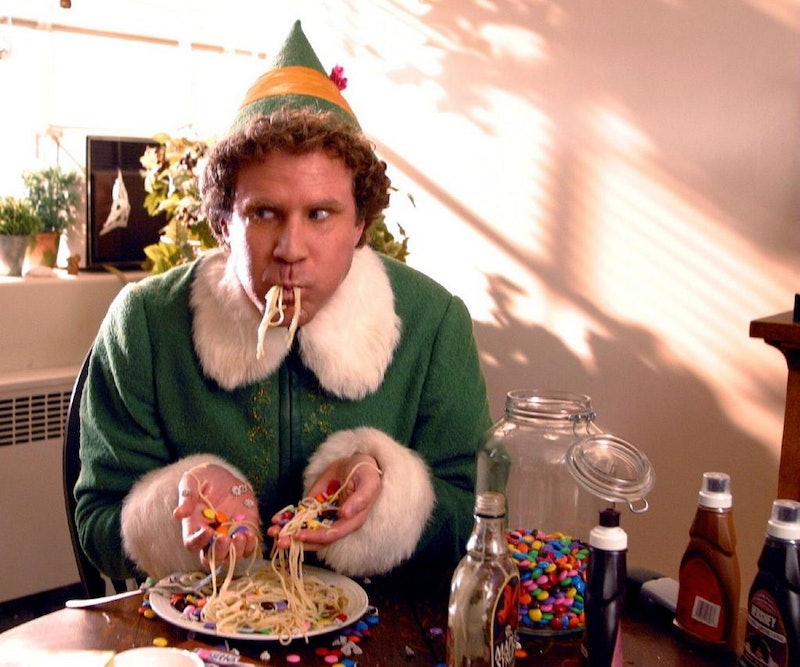 Buddy the elf is back! This December NBC is turning the 2003 movie hit into an animated special titled Elf: Buddy’s Musical Christmas. Oh yes, it's going to be a musical. Unfortunately Will Ferrell will not be reprising his role as the yellow tights-wearing excitable elf, but the role still has some serious star power. The Big Bang Theory's Jim Parsons will lend his voice to the main character of Buddy. According to Broadway.com The hour-long show will "take on the look and feel of stop-motion animated Christmas specials" like the Rankin/Bass productions of the past. (Notably Rudolph the Red-Nosed Reindeer, Santa Claus is Coming to Town, and more.)

Apparently the new production will be based on both the film and the short-lived Broadway play. It's likely it will follow the story-line of the original movie but utilize the songs from the play if NBC is allowed access to them. I've seen the movie multiple times and gone to the play twice because I'm a sucker for all things Christmas. So suffice to say, I have some pretty high expectations for this holiday special. Elf is a classic Christmastime movie and arguably one of Ferrell's best roles. So if the NBC version wants to live up to our standards it has to make sure to include these nine things from the original film.

Easily one of the most quotable lines in the whole film. I'm sure the writers didn't expect that, but here we are and everyone loves Mr. Narwhal.

Nothing puts me in the Christmas mood more than Buddy's cheerfulness.

Ferrell's yelling is classic and must be replicated in the animated version.

Didn't you just secretly wish you were Buddy so you could do things like this and get away with it?

Maybe the actress can reprise her role as Jovie since this is a musical version. She's is a pretty amazing singer.

Raise your hand if you've ever tried to replicate this in real life. No? Just me? OK.

This movie had the best name-calling.

Not gonna lie, I own the Broadway musical soundtrack for this play — and it's good. So, hopefully NBC can use the same songs.

Will NBC's animated version live up to the Elf we know and love? We'll just have to tune in December 16 at 8:00 PM to find out.