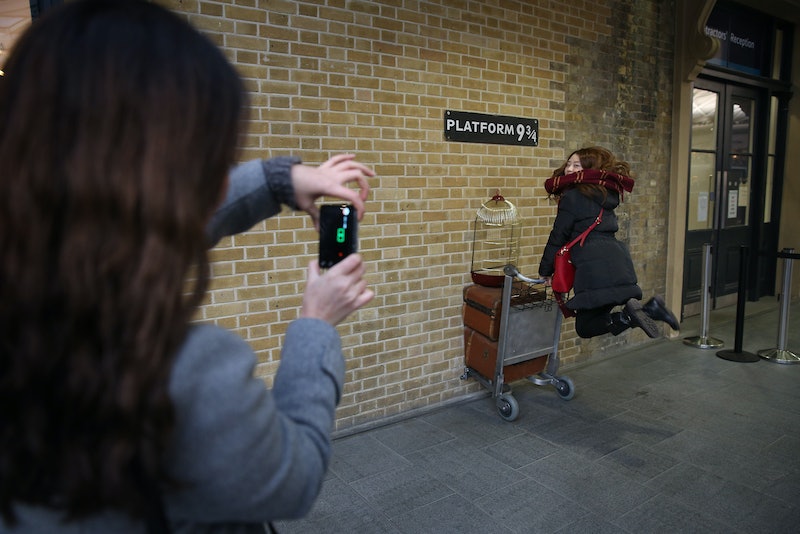 J.K. Rowling really did a number on millennials, lemme tell you. We're making our way through the world and living our muggle lives, sure — but there will always be a sizable part of the millennial population that just hardcore yearns for the chance to live that wizard life. This has very much become reflected in the economy: Endless wizarding world movies, wizard theme parks, you name it. Most recently is a Harry Potter hotel aiming to give you that wizard experience.

As far as I can tell the Georgian House Hotel in London isn't officially affiliated with Warner Bros. or J.K. Rowling, but it's certainly operating under the full thrust of Harry Potter mania. Rooms are designed to look like somewhere Harry might have stayed, though it's unclear if they're going for more of a Hogwarts thing, a Grimauld Place milieu, or something reminiscent of when Harry stayed at the Leaky Cauldron. But according to The Mirror a stay there will get you the faux-wizarding vibe, as well as a Harry Potter tour that includes Warner Bros.' official Making Of Harry Potter tour.

The room seems disproportionately pricey, if you ask me: £249 a night for a three-person-sleeping "smaller Wizard Chambers." Considering this isn't an actual castle or wizard-like structure and the walls seem wallpapered as opposed to etched out of any actual stone or wood, you could probably find something that feels more authentic. What's the point in acting the wizard if you don't feel the wizard?