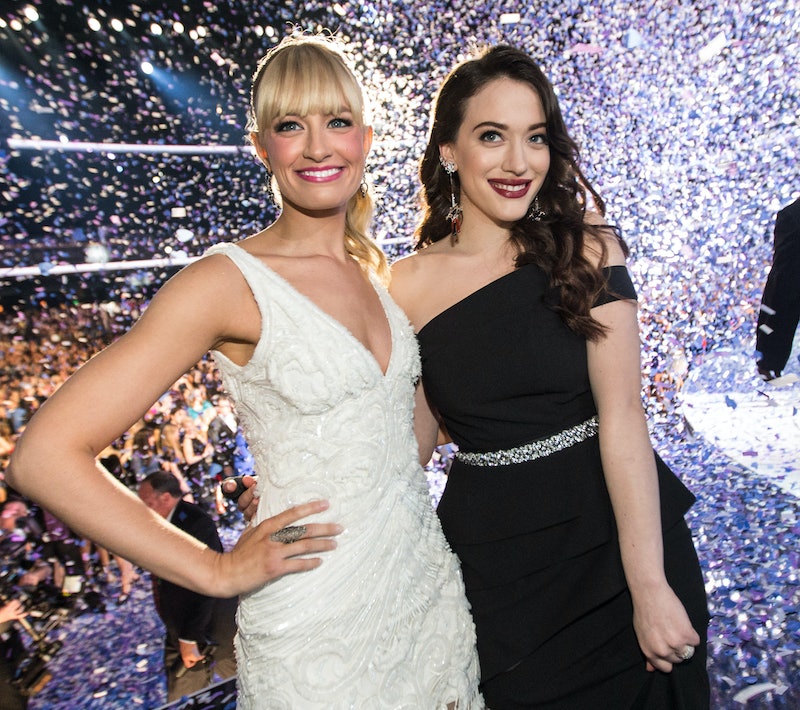 It is always disappointing when you find out two actors from your favorite television show or movie don't get along in real life. When I learned that Sarah Jessica Parker and Kim Cattrall didn't get along during Sex and the City, I felt like my heart was ripped out and stomped on by very expensive Carrie Bradshaw shoes. But when I learned that Two Broke Girls costars, Beth Behrs and Kat Dennings, were actually best friends in real life, all of the lost faith from the SATC drama — and other on set costar enemies — fluttered away. If anything, I was filled with jealousy, because I want to be BFFs with these two.

Kat Dennings said in a panel at Paley Center For Media's PaleyFest in 2013, "Beth and I genuinely love each other and are best friends in real life," which Behrs reciprocated the feeling when she said the same thing about Dennings in 2014. In 2011, CBS premiered Two Broke Girls about two roommates who are broke — if only the title of the show explained that better — and the crazy mishaps that happen in their lives. On screen and off screen, Dennings and Behrs are BFFs, but how close are these two costars?

One way to become best friends on set is to have fun and goof off, which is obvious in the above photo.

They have pet names

Because you only call your closest friends "shmookempants" right?

They run errands together

Only your best friend can see how crazy you are about the specific toilet paper you use.

Two peas in a pod, or Two Broke Girls in awesome boots?

Sometimes all you need to do is snuggle with your BFF.

They have date nights

It doesn't get much better than date night with your best friend.

They do each other's hair

The only person that is allowed to touch my hair is my hair stylist and my best friend. Period.

They reenact scenes from Les Miserables

We've all done this with our best friends, and probably got so into it, we started crying, right?

My phone is an arsenal of blackmail of my BFFs.