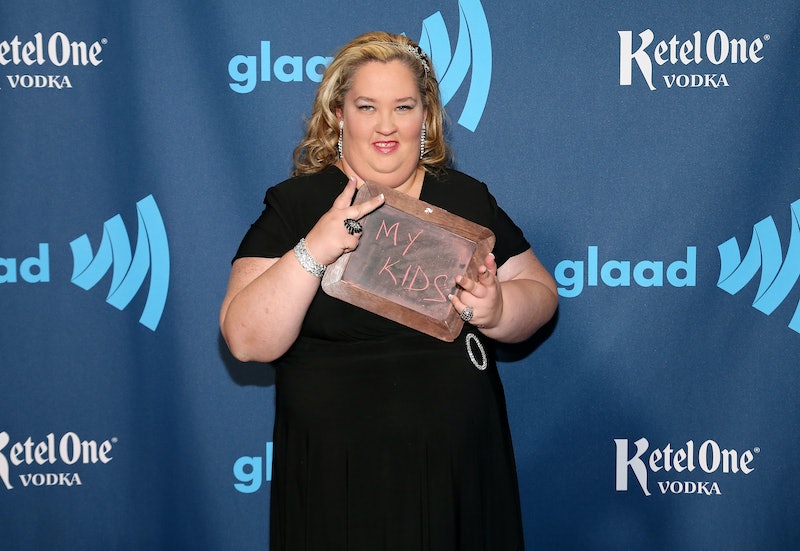 Things just keep getting worse in the Here Comes Honey Boo Boo situation. After Mama June Shannon's daughter Anna Cardwell confirmed that she was the one molested by Shannon's alleged current boyfriend Mark McDaniel, chatter is swirling that Mama June could lose her kids. The reality star has four children, three of whom are still minors at 17, 14, and 9 years old. The scariest thing about the whole situation is that Shannon's daughter Anna was molested at 8, just one year younger than Alana "Honey Boo Boo" Thompson is now. All of this spells bad news for the mom who already lost her TLC show and now could lose her children, too.

People magazine spoke to Susan Boatwright of Georgia's Division of Family and Child Services who said, "Generally speaking, when we receive a report that children are living around a sex offender ... it would certainly rise to the level of concern of us looking into it."

Although Shannon has denied dating Mark McDaniel, TMZ has pictures of the alleged pair hanging out recently, and one of the photos includes 9-year-old Honey Boo Boo. That's pretty terrifying considering he's a convicted sex offender. It's evidence like that could result in Shannon losing custody of her kids.

From our point of view, when there are young children who are not able to protect themselves that are in daily contact or living with a sex offender, someone would go out and assess the situation and decide whether the children can stay there or not. If we thought a child was in harm's way in any way, shape or form, we would develop a safety plan and make sure the children are not around an offender.

It's a serious thing for a parent to lose custody of their child, but unfortunately I think that could be the best plan of action if things continue for Shannon. I cannot understand why she would associate with a convicted child molester, let alone one who abused her own daughter.

If she is going to make that choice to continue a relationship anyway, perhaps it's best for her children to be removed from the dangerous situation.

America loves this family and if something were to happen to any of the children, it would be terrible. Fortunately a source close to TLC has already promised the network would look after the kids saying, ”Supporting the health and welfare of these remarkable children is our only priority. TLC is faithfully committed to the children’s ongoing comfort and well-being."

I don't doubt that Mama June loves her kids, but I don't think she's making the most responsible decisions right now. If temporarily losing her children is what wakes her up to that, then it might be the best course of action for the children's safety going forward. I support whatever it takes to keep those kids healthy and happy.