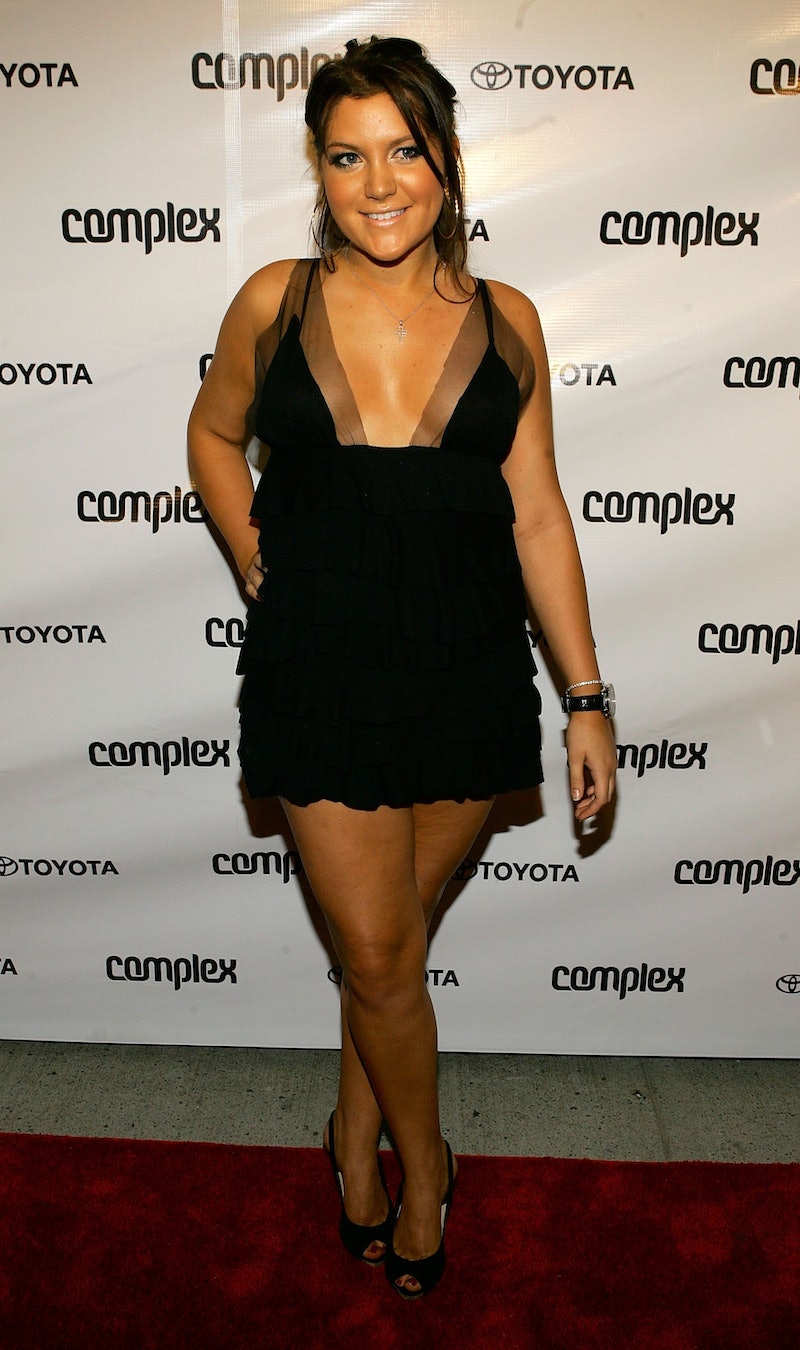 Those who lead unexamined lives may neglect the kinds of existential questions that animate your soul. What is the meaning of life? If a tree falls in the middle of the forest with nobody around to hear it, does it make a sound? What is Alex M. from Laguna Beach up to? Well, Alex M. of Laguna Beach got married this weekend to her boyfriend of five years. This sadly refutes my theory that the Laguna cast is frozen in perpetual youth, wearing the same flared Hollister jeans for all eternity.

On Saturday, 27-year-old Alex Murrel (huh, so that's what the M. stands for) tied the knot with Kyle Mark Johnson, 34. As reported by The Daily Mail, the pair hosted an intimate group of friends and family at the Calamigos Ranch in Malibu, Calif. I wish I could report that Johnson and Murrel walked down the aisle to Hilary Duff's "Come Clean," but that's a little detail my mind just autonomically inserted. I blame MTV for subliminally programming my life-milestone soundtrack suggestions.

According to the couple's wedding website, Johnson was a friend of Murrel’s older sister and first met Murrel wen he was 19 and she was 12. Murrel was "madly in love," and got in touch with him on Facebook when she was 22, emboldened by the buzz from a couple happy hour drinks. The rest, as they say, is for the history books, and they’ve been together ever since.

Since you’re probably dying to know, she’s still close with some of her Laguna Beach Season 2 clique members. Fellow alums of the MTV show Alex Hooser and Taylor Cole were both in the 20-person bridal party, donning maroon dresses that Murrel picked out.

Beyond getting married, let's check out some Murrel life highlights from the past eight years. Not to dredge up bad memories, but Murrel was supposedly involved in an Orange County drug bust in 2009. E! Online reports that her rumored boyfriend was booked for cocaine possession and intent to sell, but Murrel was allegedly only interviewed as a witness.

Beyond that drama, Murrel has been dabbling in the performing arts. She played minion to Aubrey O'Day's "queen bee" in the 2009 high school movie spoof American High School. High school classmate Talan Torriero was one of her co-stars. Some meta casting, right there.

According to Murrel's IMDb page, she's been in some more recent films such as Action News 5, The Guardians, and a horror movie called Love Written in Blood. She also had a brief singing career that lasted officially until about 2009, when she left her record label. Well, at least she got a song out of it, I guess. Her single "Let It Come True" was used in American High School, and she released another song called "Best Friend."

But lately, it looks like she's set her sights on some more business-y ventures. Murrel now operates a boutique marketing firm called the MOX Agency with her best friend Morgan Souders. Just to give you a taste of their strategy, the MOX Agency Instagram feed is chock-full of pithy millennial experience quotes that you can easily repurpose in your own life.

Glad to see she's been keeping herself busy!

Mazel Tov to Murrel and husband for their marriage, and to Murrel especially for dodging the Jason Wahler scrub boyfriend bullet.