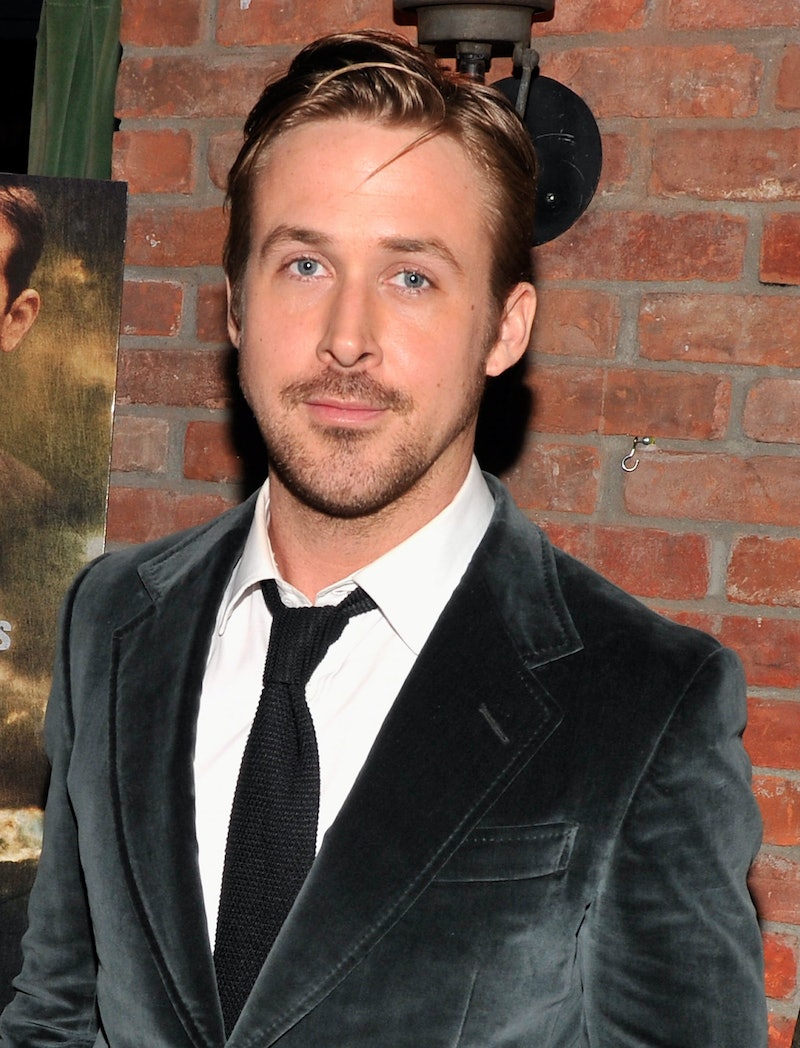 This morning I read an article about a man who paid $5,000 to look like Ryan Gosling. In a video placed at the top of the article, a commentator discussing the surgery said disdainfully, "He should've saved his money." And it was true — the guy still looked nothing like Ryan Gosling. Still, the article itself was full of quotes about how he thought the surgery was an improvement and how people have told him he looks like The Notebook star. The tone of the piece was clear: Here was a sad, delusional man who had shelled out money for no good reason, thus earning our scorn and pity. I searched other sites, found similar articles, and then I looked further into celebrity lookalike surgery, which, as it turns out, is uncomfortably popular. Each article about the surgeries read similarly: This was a cyber freak show, made for the rest of us to feel superior. We might hate how we look in tight pants sometimes, but at least we aren't these people.

And there are so many: There's a girl from London named Jennifer Lopez who flew to Colombia to have surgery to look more like the pop star Jennifer Lopez. A dying woman with an inoperable brain tumor who spent the money her mother had saved for her wedding on surgeries to look like Demi Moore. An impersonator who spent $16,000 to look like a post-op Michael Jackson. A grandmother who got breast implants and a truckload of botox to look like Jessica Rabbit. Each of these people had a story, a reason, a family, but all that was barely touched upon in the articles describing their physical journeys. They were just headlines — a little blurb to help you start your day off right. The more I read, the less the finger-pointing and name-calling made any sense.

It would be significantly more comfortable to look at these people and group them into a separate mental box, to simplify it to we versus them. But for whatever reason, celebrity lookalike surgeries are enabled by doctors, families, and friends. To turn around and say, "Well, how odd that you altered yourself to look like [insert celebrity name here]" is the equivalent of putting a Band-Aid on an arterial wound. If these people are monsters, they are monsters we have all created by indulging in cultural celebrity obsession to the point where some people feel it would be better to be someone other than themselves. The fact that medical professionals pop up left and right to help them achieve that goal is even worse.

When I look in the mirror in the morning, look at the way my belly curves out or the way my chin doubles up when I laugh, I'm feeding into the mania. Because in my head I'm comparing myself to the beautiful, toned women I see on screens every day or the waif-y models I see on my way to work. And it's not just me either. We all do it. If you're small-breasted, you want big boobs and vice versa. We all want flat tummies, shiny hair, thighs that don't touch in the middle, nice nails... the list goes on forever. If you haven't had the "What surgery would you get if money wasn't an object?" discussion with your friends, trust me, you're the exception, not the norm. So to pretend that we have no idea why people undergo insane surgeries or spend ridiculous amounts of money to look like someone else is, honestly, a blatant lie. We know why — we just had other reasons not to do it. Something else to strive towards.

Additionally, evidence points to celebrity lookalike surgeries being a cultural phenomenon more than a sign of a personal issue. We are bombarded at every turn with pictures of thin women, muscular, sultry-looking men, and combinations of the two. There is ample online discussion about how intensely photoshopped a lot of advertisements are, but that doesn't stop any of us from looking at ads with a slight sense of wistfulness, does it? There was a show on MTV that lasted for two seasons called I Want A Famous Face, and, overwhelmingly, the people featured were women. The people they sought to emulate most were porn stars. So although it might be beyond the reach of normalcy to want nothing more than Carmen Electra's body, we all sat and watched these girls go under the knife with sick fascination. MTV and the viewers enabled that, and although they are careful to point they did not in any way persuade their subjects to get surgery, they put them on TV for it. And that is just as bad.

That is not to say that the celebrities themselves have it any better. They too fall prey to societal pressure to be perfect. Heidi Montag famously changed her look because people used to say she had a "Jay Leno chin," and wrote nasty things about her looks on the Web. Almost every star over 40 has had work done, and although you could say it's vanity, a lot of it is because we frown on aging just as much as we frown on imperfection. There is this bizarre belief that if you're a celebrity, it's your duty to be beautiful (most of the time). So it's no surprise that they play into our hands, starting off a chain reaction of self-mutilation and body dysmorphia that comes full circle, right back to celebrity lookalike surgeries. As a society we make a huge deal of beauty, and as a result we are governed by it.

If someday, your little daughter looks up at you with big eyes and asks you to buy her a J.Lo booty, understand that it's not entirely on her. It's on all of us.