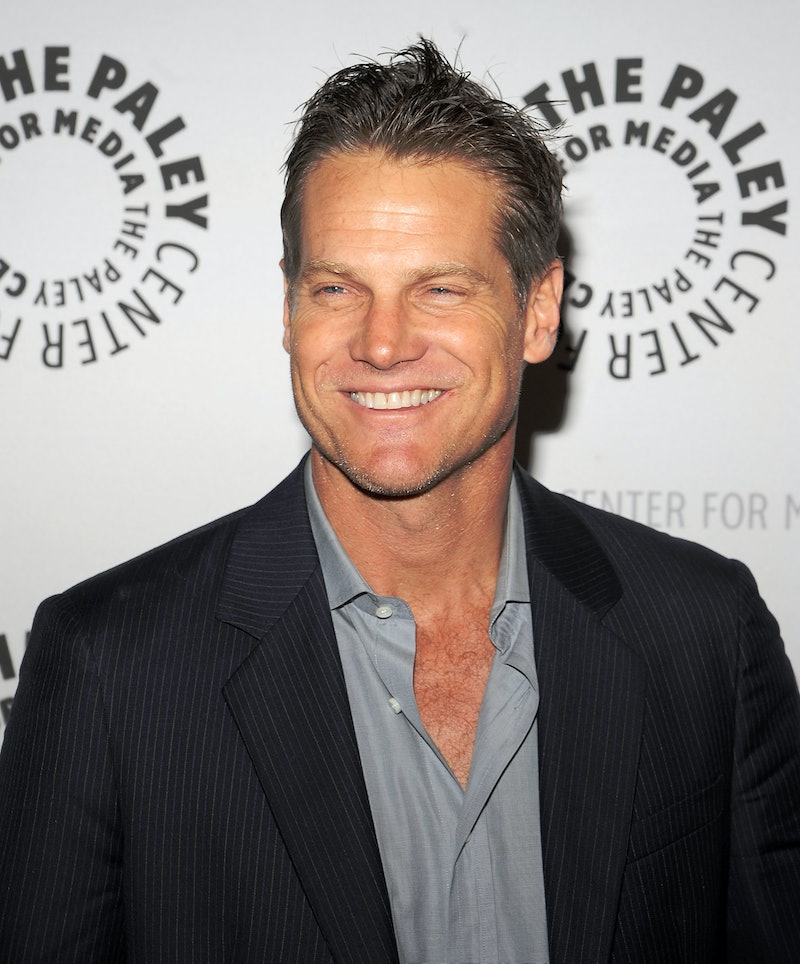 With a show as mystery-driven as Agents of S.H.I.E.L.D., you have to examine everything, down to the last detail and guest star. When the official press release for this Tuesday's episode of Agents of S.H.I.E.L.D. listed Cougartown's Brian Van Holt as "The Stranger," my eyebrows raised quite a bit — and not just because this is Abed from Community's dream come true. It's an instinct we all fine-tuned while watching Law & Order with our parents — always suspect the guest star with the biggest name. Van Holt is a bit too well-known in the world of television to just be a "Stranger." His background in both comedy and action makes him a good fit for a Whedon project. There's no way this Stranger is just a glorified extra. Who could be be playing? There is a Marvel Comics character known as Stranger.

He's a morally gray being from another world who ultimately becomes curious about human beings rather than destructive. However, I doubt such a character would be announced without any fanfare whatsoever. But that might be jumping to conclusions ever so slightly, so I'd like to explore options for his character's role from within the established Agents of S.H.I.E.L.D. universe. With new mysteries building up every week, there are plenty to choose from.

Grant's bad news brother Senator Christian Ward is making an appearance in this episode, played by White Collar's Tim DeKay, who bears a definite resemblance to Van Holt. What if he played Poppa Ward? Granted (no pun intended), Van Holt is only seven years older than DeKay, but this is television. Ages are contrived.

He could also be the third Ward brother, but that theory sort of hangs on Grant having told yet another lie. We were led to believe that Ward was the middle of three brothers. What if he were the youngest? That would change what he told Skye about his history completely. He claimed that he was forced by his older brother to beat up his younger brother. If this scenario occurred, but Grant was the being beat up, that would be interesting. However, in my opinion, it would be kind of sloppy to flip the script like that.

Could he be the other person affected by GH-325 and going slowly bonkers by writing out the same obelisk symbols as Coulson? All we know about this person so far is that he or she loves art, but not so much that they are against destroying the backs of paintings with doodles. My spidey-senses were pointing to Skye's Doctor Dad being the other person out there with "compulsive alien map-carving" syndrome. Maybe this Stranger is our guy instead?

Hydra Agent of the Week

According to the official ABC press release, the episode will be centering on a major Hydra attack. This Stranger may play a pivotal role in that, either as a Hydra agent or one of the victims that we sympathize with because he's just so darn charming.

What if Van Holt just showed up in the tag of the episode in full alien getup, either Kree or Skrull or whatever Nebula is? How fabulous would that be? We can only skirt around the presence of the Kree on this show so much before we have to actually see one. Come on, Agents of S.H.I.E.LD. — give the people some extra-terrestrials!