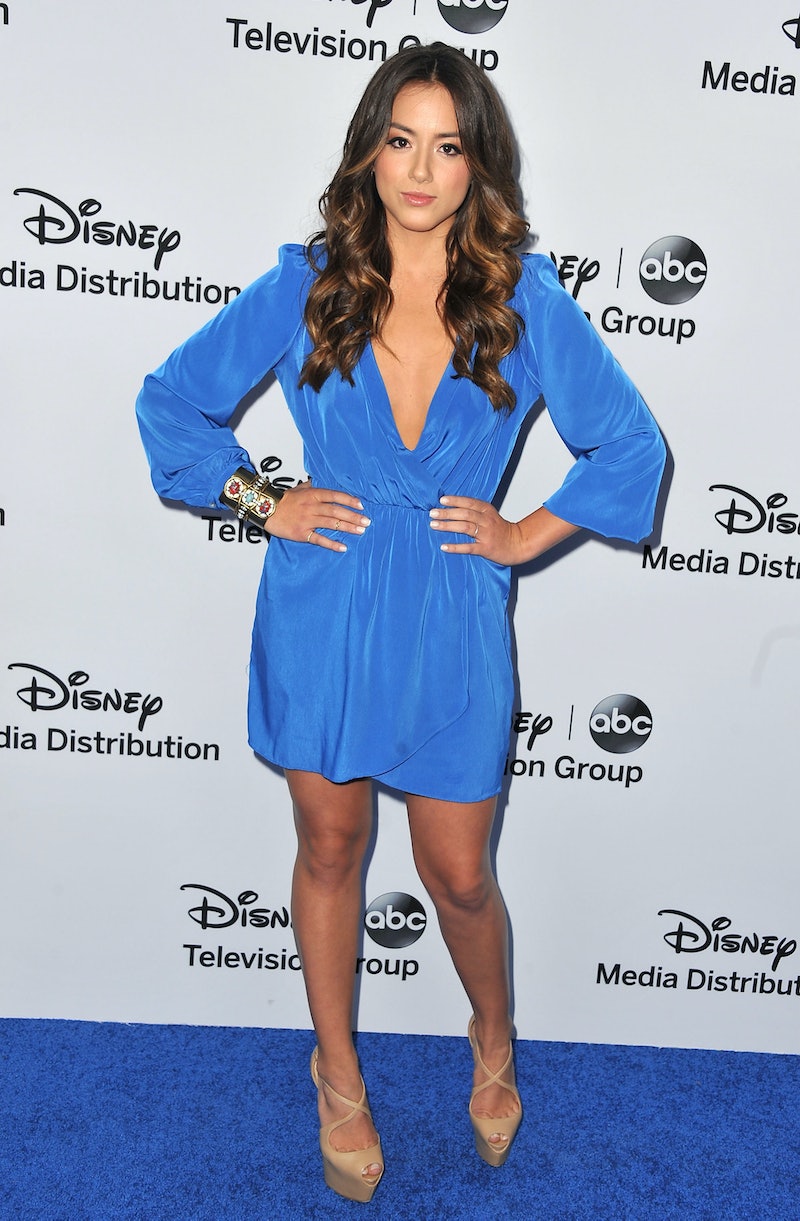 This past year, ABC's freshman series Agents of S.H.I.E.L.D. pulled off something incredible. The first season was rocky and I don't blame folks for stepping off and quitting on it. I watched, for many weeks, out of desperate frustration alone. What finally caught my attention was how they integrated the plot into the release of two Marvel Cinematic Universe films — Thor: The Dark World and Captain America: The Winter Soldier. Characters made references to the Avengers, and the Extremis technology from Iron Man 3 was used heavily in the first half of the season. While the Thor 2 tie-in was a whole lot of fun, The Winter Soldier changed everything and the show seemed to finally (way too late in the season) take ownership of the material. And I think another movie might actually reveal the identity of Skye's parents. When I left Guardians of the Galaxy this summer, I was immediately excited, because by Coulson, I think I've got it: Skye's gotta be Kree, right?

Guardians of the Galaxy was like a trip to the carnival. Everything was cotton candy colors and the roller coasters were fun because they might collapse. Those Kree looked an awful lot like the blue alien that Agents of S.H.I.E.L.D. used to make GH-325, a drug that revived both Skye and Coulson. Many fans believe that the alien was likely Kree. So why did Coulson react badly and Skye seem unaffected? Better metabolism?

It may be the simplest conclusion, but I'm committing to it. I think at least one of Skye's parents is a runaway Kree alien. We know Skye is an 0-8-4, an object of unknown origin. We know she grew up without parents in the foster system. She's Harry Potter without the magic... that we know of. I don't think hacktivism is a super power. Or the ability to have fantastic hair while allegedly living out of a van. The maybe villainess, maybe long-lost cousin, maybe vigilante scientist, and definite floral enthusiast Raina (played by Misfits actress Ruth Negga) referred to Skye's parents as "monsters." At the end of last season Raina asked "what will I become" — which has become a promotional tagline for all of the characters in the upcoming season.

Perhaps Skye and Raina will become... blue. Get it? Sky? Rain? Blue? You get it. But they don't have to, and that's one of the reasons why I like my theory. In Guardians, the Kree were not all the same skin color. Nor were the Centaurians, who the Kree had some kind of beef with. There was so much world-building in Guardians that it was nice to just watch that conflict go down without fully understanding all of the nuances. You can dig into the comics and find out more about the Kree and their genetic history. It's entirely possible for Skye to be all or part Kree while looking like us. Having Kree blood would heal her and not affect her because it's not an alien substance. Let's not overcomplicate things.

Also in the season finale, Raina found Skye's father. He has been cast for Season 2 and is being held somewhere mysterious that Raina has access to. Who is this fellow, and why did he leave his daughter in a place that thought "Mary Sue Poots" was a suitable name? If that's why he's allegedly in prison, I approve.

The new season has fewer MCU films to gear up for (just one little one, not sure if you've heard of it... Avengers: Age of Ultron) so I'm looking forward to an unburdened, fun ride this time around. Perhaps Skye and the others will be dropping clues this time! There's also Agent Carter to get excited for at midseason. If television is where Marvel wants to keep it ladies for now, I will happily show my support and tune in. Season 2 of Agents of S.H.I.E.L.D. starts Sept. 23 and they're moving to a later time slot, which typically means shows can get away with riskier content. I'm psyched to see what they do with it.